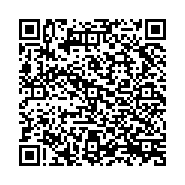 Leptomeningeal melanocytosis is a rare primary melanocytic lesion of the central nervous system. It is considered a severe condition with poor prognosis.

It is characterized by diffuse melanocytic infiltration of the leptomeninges. Seen almost exclusively in children with large congenital nevi and together the findings form a dermatologic syndrome known as neurocutaneous melanosis (NCM).

We report a rare and atypical case of a 45-year-old adulte male, with no evident congenital melanocytic lesions who presented visual manifestations without other clinical signs of intracranial hypertension, and were found to have leptomeningeal melanocytosis with fatal evolution.

Leptomeningeal melanocytosis is a rare proliferative disorder of melanocytes in the central nervous system, whith an estimated incidence of 1 in 10 million [1-8]. This unfortunate pathology is typically fatal when encountered.

Leptomeningeal melanocytosis is characterized by diffuse melanocytic infiltration of the supra- and infratentoriel leptomeninges often with grossly visible melanin pigment.

It is frequently associated with giant congenital pigmented nevi, and together the finding form a dermatologic syndrome known as neurocutaneous melanosis (NCM) that primarily affects infants and children. Leptomeningeal melanocytosis has been described both with and without giant congenital nevi, though the former is much more common [6].

It can have a variety of clinical presentations, including headache, neck pain and symptoms of increased intracranial pressure, focal neurological deficits and seisures.We report a previously healthy young man who presented with visual manifestations without other clinical signs of intracranial hypertension, and was ultimately found to have primary leptomeningeal melanocytosis.

We describe a rare case of leptomeningeal melanocytosis in an adult male with neurologic symptoms but without clinical evidence of large congenital nevi. The rarity of this lesion in an adult, together with the presence of neurologic symptoms despite benign-appearing histology, are confounding factors that pose a challenge in predicting behavior of the lesion in what we suspect is a case of atypical NCM(6).

A 45-year-old man without personal history, follow-up for bilateral papillary edema (stage II), moreover the patient did not report headaches, visual blurring, or vomiting. His body mass index is 29, and without nevus skin lesions.

The patient was treated as an intracranial hypertension without a found cause, by acetazolamide, associated with iterative subtractive PL, but gradually clinical worsened after onset is noted marked by a visual loss; diffuse headaches with progressive cognitive impairment.

A second lumbar punctures analysis showed elevated protein levels (1.45 g/L) and decreased glucose concentrations in CSF (< 2.8 mmol/L). Opening pressure was elevated, hence the decision to introduce corticosteroids in bolus then relay per os, after having eliminated a tuberculous origin.

Control brain MRI (Fig 2) showed a right fronto-parietal lesion with T1 hypersignal and T2 hypointense with Gado plug with hemorrhagic stigma hypointense T2* and peri-lesional edema associated with an abnormality of the leptomeninges.

The patient was referred to neurosurgery and underwent a craniotomy with leptomeningeal biopsy. Intraoperative examination showed multiple areas of brown and black pigmentation of the leptomeninges with greatest concentration around the Sylvian fissure. And a Ventriculo-Peritoneal shunt was placed (Fig 3).Biopsy confirmed the diagnosis of leptomeningeal melanocytosis : the cells were positive for HMB 45, Melan A, and S-100 protein.

The patient was treated by chemotherapy, but he was died 3 years after symptom onset.

This clinico-radiological case of intracranial hypertension which is not specific and study of the CSF with little contribution, the positive diagnosis of leptomeningeal melanocytosis always remains delicate and confusing. So several etiological diagnoses are evoked and eliminated in our patient, like the tuberculosis meningitis, neurosarcoidosis, neurolupus and the meningeal carcinomatosis.

The diagnosis of leptomeningeal melanocytosis is made by a combination of rapidly progressive neurological symptoms, radiologic findings, and pathology.

Normal intracranial melanin occurs only in two forms, neuromelanin and melanosomic melanin. In both forms, the melanin appears as granules; however, they are different at the ultrastructural level. Melanosomic melanin (or “true” melanin) is the same type of melanin as that seen in the skin and iris of the eye. These melanin granules are confined to melanosomes within melanocytes. Neuromelanin, on the other hand, presents as scattered intraneuronal inclusions of granular melanin not contained within melanosomes. The distribution of these two types of melanin in the nervous system is also different. Neuromelanin is confined to certain groups of neurons such as the zona compacta of the substantia nigra, locus coeruleus, dorsal motor nucleus of the vagus, tegmentum of the brainstem, and scattered neurons in the roof of the fourth ventricle. In the brain, melanosomic melanin is normally found only in the leptomeninges, where it is contained by melanocytes. They are most concentrated in the leptomeninges over the ventral aspect of the medulla oblongata, in the sulcus between pons and medulla, over the cerebral peduncles and over the base of the brain.

Chemotherapy and radiation have proven ineffective in NCM, and patients often receive palliative treatment in the form of a ventriculoperitoneal shunt which can alleviate symptoms related to intracranial hypertension. Once present, CNS symptoms are often progressive and fatal. Our patient presented with visual manifestatios, headaches and cognitive impairment are consistent the symptoms reported with NCM. However, his age and absence of large congenital nevi did not fit the typical clinical scenario. Therefore, the true incidence and prognosis of adults presenting without congenital nevi is unknown [6].

Primary melanocytic tumors of the central nervous system are rare and arise from normally occurring melanocytes of neural crest cell origin found in the leptomeninges. Detecting melanin-containing cells in CSF is a diagnostic clue for NCM. The CSF cytology test is an important tool for diagnosing meningeal involvement [3]. It is considered a severe condition with poor prognosis [5].

There is no definitive treatment, and palliative management includes tumor debulking and ventricular shunt placement to relieve hydrocephalus [2].

The authors declared no potential conflicts of interest with respect to the research, authorship, and/or publication of this article.

Fig 2: Control brain MRI showed a right fronto-parietal lesion with T1 hypersignal and T2 hypointense (B) with Gado enhancement (A)with hemorrhagic stigma hypointense T2*(D) and peri-lesional edema associated with an abnormality of the leptomeninges (A, B, C and D)