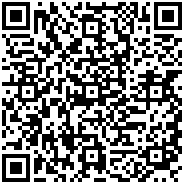 3Department of Neuropathology, National Institute of Neurology and Neurosurgery, Mexico

Castleman disease is a rare lymphoproliferative disorder. Its etiology is unknown and its course is usually benign. It is secondary to an irregular growth of lymphatic tissue and it can exhibit two forms: a localized and a disseminated or multi-centric. Histopathological there are three forms: hyaline vascular, plasma cell and mixed or transitional, when meninges are affected. When the affection is meningeal is mimics a meningioma. We reported a rare case of 38 years old woman which developed seizures, the MRI shoed a cerebral tumor that was diagnosed as meningioma. Tumoral exegesis was performed; histologically it was characterized by a dense lymphocytic infiltrate with abundant lymphoblasts and plasma cells forming germinal centers. The vessels showed lymphoblast proliferation, with hyalinized stroma. For immunohistochemistry a large number of lymphoblasts observed were also positive. We report the first case of this rare disease in our institution, an injury that was confused and treated as meningioma.

Clinically, it can occur in different ways, such as localized, unicentric disease, as a single lesion and/or as a generalized lesion with involvement in several sites or several affected ganglion chains [2]. It generally manifests with peripheral lymphadenopathy, either single and/or generalized with hepatosplenomegaly, fever, and night sweats [3]. Three different histological types are described; the vascular hyaline and the proliferation of plasma cells and the mixed type.

The plasma cell type of Castleman's disease can be associated with fever, weight loss, skin rash, early destruction of red blood cells, unusually leading to hemolytic anemia and/or hypergammaglobulinemia and plasma cells in bone marrow [3], while that, the hyaline vascular form or subtype can occur as a single nodule, asymptomatic and/or as a tumor when it affects some other organ and affects several ganglionic or systemic chains [3].

CD has been associated with the Human Immunodeficiency Virus (HIV) and Human Herpes Virus 8 (HHV-8), as well as some mediators of inflammation, such as Interleukin-6 (IL-6) [4], which is of particular relevance because it stimulates the proliferation of B cells [4], and has been related to alterations in IgG4 disease [4], as well as to dysregulation of interleukin 21 [5].

It is currently considered a pro-inflammatory hypercytokinemia. In addition to this, it is closely related to neoplastic lymphoproliferative diseases such as Hodgkin lymphoma, non- Hodgkin lymphoma, Kaposi sarcoma and POEMS syndrome (Polyneuropathy, Organomegaly, Endocrinopathy, Monoclonal Gammopathy and Skin Changes) [2] and with TAFRO syndrome (Thrombocytopenia, Anasarca, Myelofibrosis, Renal Dysfunction and Organomegaly) [6].

In the aim of the present work, we presented a case of a 38-yearold woman, who had seizures and radiologically presented a frontal temporal lesion that was diagnosed and treated as a meningioma.

A 38-year-old woman, with no significant history, began her current condition with seizures. Imaging studies were performed and magnetic resonance imaging showed a lesion that was diagnosed as meningioma (Figure 1). Likewise, the staining for IL6 and IL8 were positive (Figure 2g).

Kappa and lambda were also positives. HV8, IgG4, IL1a, IL10, IL13, IL17 and IL23 were negatives (Figure 2h). The diagnosis of meningeal Castleman disease was made. We present the first case of this rare disease in our institution, a lesion that was mistaken and treated as a meningioma after which the patient was studied to rule out systemic involvement, presenting a favorable evolution. CD intracranial and extra nodal involvement is very rare; fewer than 40 cases have been reported with this rare location have been reported by Sakashita K, etal. [6], when the condition is spinal, it is even rarer event [7]. CS can be single and/or with frank systemic or multicenter involvement. 8 In unicentric intracranial form, it is predominantly female, with an age ranging from 8 to 82 years (mean 50 years). It generally presents with seizures, presenting varied neurological signs and symptoms, such as signs of intracranial hypertension, depending on the size of the tumor and tumor location [8].

Radiologically, it not shows a characteristic image since they are heterogeneous, isodense or hyper intense well-circumscribed lesions that can present hemorrhage, edema and calcifications [7]. They are generally diagnosed as meningioma’s. Perilesional edema is one of the most important radiological signs, since it can be caused by vascular occlusion and/or tumor compression and with the expression of EVGF. Angiography shows nonspecific hyper vascularized lesions [6,7].

Flendrig and Schillings described three histological variants of Castleman's disease [1], and they were later well defined and classified by Keller AR, et al. [8], as hyaline vascular, plasma cell and mixed cellularity variants. Histologically, CD is characterized by an alteration in the lymph node architecture that allows the recognition of some structures of the affected node, when it does not affect the lymph nodes, the histological pattern is the same, and it is observed as if it were a normal lymph node [1-5].

The hyaline vascular variant occurs in 85 to 90% of reported cases and is characterized by a marked increase in follicles or abnormal lymph nodes with atrophic (hyalinized) germinal centers and large peripheral areas of small lymphocytes around the germinal centers in a concentric manner that give an appearance of "onion skin" [7-9]. The interfollicular lymphoid tissue is hyper vascularized. The sinusoids are obliterated by the presence of small mature lymphocytes such as lymphoblasts [1,8,9]. Changes in the hyalinization of the stroma that generally correspond to hyalinization of the germinal centers can be very varied; focal to extensive. In our case, it was focal, both in the stroma and around blood vessels with germinal centers with notable hyperplasia of dendritic follicular cells, as well as thick-walled blood vessels [9].

The plasma cell subtype has hyperplastic germ centers, with hyaline follicles. Germinal center hyperplasia with the interfollicular region formed by layers of plasma cells and hyper vascularization [8,9]. While, the type of plasma cells occurs between 5-10%. The lymph node is preserved and is characterized by abundant plasma cells and lymphoblasts [1-5]. The interfollicular region is vascular but contains abundant plasma cells [8], with less vascularization and larger lymphoid follicles with their more prominent germinal centers [1-5]. HV-CD shows the regression of follicles, atrophic germinal center traversed by the penetrating vessels, and thickening of the mantle zone in small lymphocytes with concentric arrangement. In most cases, plasma cells express polypeptypic immunoglobulin light chain and one third show light chain (lambda) restriction; polyclonal expression of plasma cells is also found [8]. This form is associated with multiple affections and generally with the Herpes virus 8.8 It is generally an aggressive clinical variant that tends to become malignant, to become lymphoma [8,9].

The mixed variant presents a lymphatic follicular zone with hyaline degeneration with several layers of plasma cells showing patterns of the two groups described above. The histological result of these alterations is a central germinal hyperplasia, with an accumulation of immunoblasts and plasma cells and increased vascularity as an exaggerated reaction to an antigenic stimulus [8]. The differential diagnosis should include pathologies that present with large meningeal masses such as meningiomas, metastases, Hodgkin's lymphomas, and certain rheumatological or infectious diseases that can cause adenomegaly 4 Immunohistochemical studies are of great help, they show a polyclonal pattern of B lymphocytes (CD20+ and CD79a+), T (CD3+) and plasma cells (CD138) positive. CD generally expresses CD138, CD3, CD20, S-100 and desmin [7-9]. CD34 is usually strongly positive in blood vessels. This histological pattern of the germinal center is not usually specific for CD and can be found in lymph nodes of patients with AIDS and in association with angioimmunoblastic lymphadenopathy [7].

Another clinical pathological entity that we must consider as a differential diagnosis is follicular dendritic cell dysplasia and/or dendritic cell sarcoma associated with alteration of B cells, which express CD21, CD23, CD35, clusterin, podoplanin, claudin 4, with aberrant expression Epidermal Growth Factor Receptor (EGFR), PAX5, TCL1, IgD, and CXCL13 [10]. These lesions generally do not express CD23, S100, pan keratins or CD30 [9] as well as MALT lymphoma vs. plasmacytoma.

Collagenization and mineralization (dystrophic calcification) with abundant stroma cells have also been described in association with the hyaline vascular variant up to rare cases of calcified fibrous pseudo tumor [11] as we observed in our case.

Sotrel A, et al. [11] reported a case of solitary CD with dystrophic calcifications and cortical invasion. Our case showed partial hyalinization, proliferation of stromal cells that were vimentin + and foci of calcifications and/or mineralization in the periphery of the lesion.

Both clinically and radiologically, a differential diagnosis should be made with meningiomas, generally this tumor does not show an inflammatory infiltrate, however there is a histological variant considered grade I according to the WHO as a meningioma rich in plasma cells and lymphocytes, it should be noted that in this tumor, the lymphoplasmacytic component is probably secondary to trauma, with a clear and evident component of meningioma; however, certain types of meningioma, such as cordoid13 and clear cells14 that have been associated with CD.

In CD it is difficult to speak of an ideal treatment, especially in the multicenter form, given the small number of patients in the published series and the wide variability of the results described in the literature [9-11]. Treatment of the localized form is complete surgical resection. There is Rituximab (grade 2C) is recommended for a wide range of therapeutic options, with multi-organ failure or poor general condition. Corticosteroids alleviate B symptoms until aggressive chemotherapy is started in 60-70% of patients 9 Others Immunomodulatory agents such as Interferon-alpha produce significant benefits in both HIV-infected and uninfected patients. Chlorambucil, cyclophosphamide, vincristine and bleomycin, liposomal doxorubicin and oral etoposide have also apparently been used with good survival, especially in patients with multicentric affection [12]. Knowledge and clinical suspicion of this disease is essential to allow timely treatment and avoid the complications, unfortunately the diagnosis is histological.

We present a rare case of Castleman's disease in our hospital that was clinically and radiologically diagnosed as meningioma, the biopsy revealed Castleman disease that we were able to document the expression of different positive interleukins.