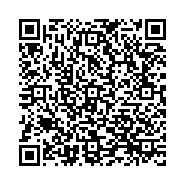 The most commonly practiced MSICS techniques are Blumenthal, visco-expression, irrigating wire vectis and fish hook needle. These techniques require a 7 to 9 mm large incision, which leads to more astigmatism. Intratunnel phaco fracture is a new technique innovated by us, where the lens nucleus is broken inside the sub 6 mm sclerocorneal tunnel. We are going to demonstrate this technique in this article.

The cataract remains the leading cause of avoidable blindness in the world. According to the latest assessment, cataract is responsible for 51% of world blindness, which represents about 20 million people (2010). Although cataracts can be surgically removed, in many countries barriers exist that prevent patients to access surgery. Manual small incision cataract surgery (MSICS) and phacoemulsification are the most popular methods of cataract extraction today. MSICS is significantly faster, less expensive and less technology-dependent than phacoemulsification. MSICS has been extensively practiced in developing countries like India. Intratunnel phaco fracture is a new nucleus management technique, where the lens nucleus is broken inside the sub 6 mm sclerocorneal tunnel and removed in contrast to other contemporary techniques. This is our original technique.

First postoperative day visual outcome of 6 mm intratunnel phacofracture is given in Tables 2 and 3.

Manual small incision can be done performed under peribulbar or topical anesthesia.

Figure 1: If K1 and K2 difference is less than 1 diopter then superotemporal incision for right eye and superonasal for left eye.

Figure 2: If K1 is more than 1.0 diopter from K2 then superior incision for both the eyes.

Figure 3: If K2 is more than 1.0 diopter from K1 then temporal incision for both the eyes.

The skin of the eyelids, lid margins and around the eye is cleaned with 10 percent solution of povidone-iodine solution. Drape is applied. Wire speculum is placed. Cul de sac is thoroughly washed with Ringer’s lactate solution or balanced salt solution.

A fornix based conjunctival flap at the limbus with a chord length of approximately 6.5 mm was made. After careful dissection of the Tenon’s capsule, light cautary was applied (Figure 4).

A 6 mm scleral frown incision, 1.5 mm from the limbus is made with a 15 number Bard Parker blade (Figure 5). A funnel shaped sclerocorneal tunnel incision is created with a steel crescent knife. One side port is made 90 degrees apart on either side of the scleral tunnel with a 15 degree knife temporally in right eye and nasally in left eye. With a 2.8 mm keratome, the anterior chamber was entered 1.5 mm into the clear cornea. Anterior chamber is entered with 1.5 mm in clear cornea with help of 3.2 mm keratome (Figure 6). The hydroxyl propyl methyl cellulose 2 % (HPMC) viscoelsatics is injected into anterior chamber.

The Hydrodissection is made with 26 gauze cannula place on 2 CC syringe filled irrigating fluid.

Nucleus Prolapse in the Anterior Chamber

Figure 8: Tunnel Enlargement with 5 mm Keratotome and Enlargement of the Internal Incision with 2.8 mm Keratome.

The remaining cortical matter clean up is done with direct 23 gauge Simcoe irrigating aspirating cannula. The anterior chamber is formed with Viscoelsatics (Figure 11).

The conjunctival flap is reposited back and cauterized at the edges.

Main Ports and Side ports Sealing

Main port and side ports are sealed with stromal hydration using a 26 gauze cannula.

A 0.5 cc subconjuctival gentamycin with dexamethasone injection is given. Eye is pad patched

The most commonly practiced MSICS techniques are Blumenthal, visco-expression, irrigating wire vectis and fish hook needle. These techniques require a 7 to 9 mm large incision, which leads to more astigmatism. So if nucleus is managed to remove though a sub 6 mm incision at appropriate site would result approximately same astigmatism as 3.2 mm phacoemulsification [2-5]. Intratunnel phaco fracture is a new technique innovated by Sudhir Singh, where the lens nucleus is broken inside the sub 6 mm sclerocorneal tunnel and removed. As nucleotomy maneuvering taken place inside the corneo-scleral in contrast to other nucleotomy techniques where maneuverings take place inside the anterior chamber. By Intratunnel phacofracture technique all types of the cataracts were successfully taken out through sub 6 mm wide tunnel. The mean uncorrected visual acuity and mean best corrected visual acuity at first post operative day were 0.367 (Snellen equivalent 20/46) and 0.226(Snellen equivalent 20/33) log MAR units respectively. No serious per and post operative complication encountered [2-8].

The author has no financial interest in any product mentioned.