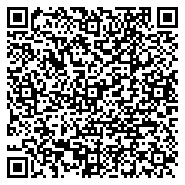 Is the Presence of Single or Multiple Gallstones a Matter of Chance? What is the Relationship between the Number of Stones and Lipid Profile, Age, Gender, and Stone Type?

We aimed to investigate the effect of lipid profile, age, type of stone, and gender on the number of gallstones. Methods: The single-center, prospective studies included 177 patients with cholelitiasis. Of these, 59 patients were excluded from the study, including the ones who had no pathology, the ones detected with biliary sludge and polyps, the ones taking antidiabetic and antilipidemic drugs, and the ones detected with acute cholelitiasis. As a result, 118 patients were included into the study. Age, gender, and lipid profile (total cholesterol, low-density lipoprotein [LDL], highdensity lipoprotein [HDL], and very low-density lipoprotein [VLDL]) were recorded. Numbers of stones (single or multiple) were analyzed by single variable analysis using student-t test, Chi-square test, Fisher’s-exact test and Mann-Whitney U test, as appropriate. In multivariate analysis, the logistic regression test was used for the prediction of the number of stones (single or multiple) by using the probability factors defined by earlier studies.

As shown in the investigations of Chinese and Egyptian mummies, gallstones are believed to have existed for 3,500 years [1]. In the modern world, the prevalence of gallstones is continuously increasing and believed to be around 10-15% [2]. Moreover, gallstone surgeries are the most commonly performed forms of abdominal surgeries [1].

Gallstones are divided into two groups based on their cholesterol content: cholesterol stones and pigment stones [1]. Though still debated, gallstones result from an interaction among 4 factors: genetic mechanisms, lipid metabolism, gallbladder motility, and intestinal factors, [1,3] (Figure 1).

The exact mechanism of gallstone formation, the type and number of stones, and the interaction among these 4 factors remain unknown. Among these factors, serum lipid profile (lipid metabolism) has been commonly associated with gallstones, particularly with the cholesterol stones; however, the results obtained are highly controversial [1,4-7]. Lipid profile does not differ greatly between the patients with cholesterol and pigment stones; however, the lipid profiles of the patients with cholesterol stones are believed to yield higher values than the normal ones [1,8].

Cholesterol stones may present as yellow or white and as single or multiple, whereas the pigment stones may be present as black or brown and mostly as multiple [1,2]. Previous studies have investigated the relationship between the number of gallstones, gallstone diseases, and, more commonly, gallbladder cancer [9,10]. However, no study has investigated whether the number of stones is completely dependent on chance or is a result of a complex interaction among the factors affecting gallstone formation. This study is the first to report the mechanism of stone formation and the hypothesis of the study is that this mechanism results from the complex interaction and the lipid profile is the main factor affecting the number of stones. To justify this hypothesis, the design in this study was constructed at a basic level. In this cross-sectional study, we aimed to investigate the effect of lipid profile, age, type of stone, and gender on the number of stones

The study was undertaken at Van District Training and Research Hospital between March and September, 2014. A total of 177 patients with an initial diagnosis of symptomatic or asymptomatic cholelitiasis were included into the study. A written consent was obtained from each patient. Following the detection of gallbladder stone, sludge, and cholestasis, all the patients were retrospectively followed up by two surgeons. All the patients were aged >16 years. Preoperative lipid profiles; triglyceride, total cholesterol, High-Density Lipoprotein (HDL), Low-Density lipoprotein (LDL), and Very Low-Density Lipoprotein (VLDL) were assessed via intravenously injected blood samples.

All the patients underwent cholecystectomy under elective conditions. The gallbladder was incised and the gallstones were exposed. The number of stones (single or multiple) in each gallbladder was recorded and the stones were morphologically classified as cholesterol or pigment. The patients who had biliary sludge, those with no gallstones, the ones who had polyps, the ones taking antidiabetic and antilipidemic drugs, the ones with incomplete data, and also, considering the potential effect of inflammation on the lipid profile, the patients with acute cholelitiasis were excluded from the study. As a result, 118 patients were studied (Figure 2).

Figure 2: An algorithm showing the process of patient inclusion.

All the data were analyzed using SPSS 20.0 (Chicago, IL, USA). Age, gender, lipid profile, and the number and type of stones were recorded. In multivariate analysis, the logistic regression test was used for the prediction of the number of stones (single or multiple) by using the possible factors defined by earlier studies.

The number of stones was analyzed by single variable analysis using student t-test, Chi-square test, Fisher’s-exact test and Mann-Whitney U test, as appropriate. In multivariate analysis, the logistic regression test was used for the prediction of the number of stones by using the probability factors defined by earlier studies. Model fit was tested using the Hosmer–Lemeshow statistic. A p value of <0.05 was considered significant.

Table 1: Comparison of lipid profiles, stone types and genders according to the number of stones.

Although the results of the study partially justified the hypothesis of the study, it was revealed that total cholesterol was statistically significant in 14% of the patients. It was also revealed that an increase in total cholesterol leads to an elevation in the likelihood of multiple stones and a one-unit increase in cholesterol is likely to decrease the likelihood of single stone by 1.6%. Literature shows that there are two different mechanisms for the formation of cholesterol and pigment stones [1,2]. Based on the assumption that the cholesterol stones are highly associated with dyslipidemia, it is wise to assert that the number of stones is naturally more associated with the cholesterol stones.

In our series, the pigment stones were present only in 6 patients and half of them were multiple stones; therefore, we believe that the pigment stones in our patients did not have an important effect on the results of the study. In line with the literature, the majority of the gallstones in our study were cholesterol type and multiple stones. The morphological classification of the stones was performed via visual examination and thus the stones in 6 patients were erroneously classified as single pigment stones, which actually should have been classified as cholesterol stones due to their cholesterol content of >50%. Therefore, this study is limited because the assessment of the cholesterol content of the stones and the classification of the stones were not performed via objective techniques. Nevertheless, we believe that this limitation is not a major problem for this study since the problems related to the number of stones are only seen in cholesterol stones.

Previous studies have investigated gallstones mainly through their relationship with other pathologies. Conversely, the present study directly examined the number of gallstones and investigated the potential factors affecting the number of stones. Nevertheless, the results of the study could not explain the mechanism affecting the number of stones in most of our patients. Yet, we believe that our results presented valuable information regarding the importance of other factors (genetic, gallbladder motility, intestinal factors, etc.).