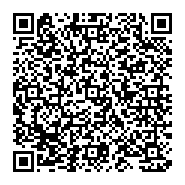 Hydatid cyst disease, introduced by E. Granulosus, is a parasitic disease which is possible in any organ or tissue but more commonly in liver (75%) and lungs (15%). Urinary tract involvement develops in only 2- 4 % of cases and isolated renal cysts are extremely rare. In this article, we present a case preoperatively radiologicallyÂ  diagnosed as liver cyst hydatid but during the operation whoÂ  turns out to be a renal cyst hydatid and discussed itÂ  in the light of the current literature.

Hydatid cyst disease, introduced by E. Granulosus, is a parasitic disease which is possible in any organ or tissue but more commonly in liver (75%) and lungs (15%) . It is endemic in the Mediterranean countries, South America, Far East, Middle East, and Eastern Europe. Patients with hydatid disease are mostly asymptomatic until incidentally diagnosed or complications occur [1]. Urinary tract involvement develops in only 2- 4 % of cases and isolated renal cysts are extremely rare [2]. Although radiologic imaging techniques recently used to diagnose renal cyst hydatid are usually sufficient, sometimes diagnostic difficulties may occur.

In this case report, we present a case preoperatively radiologically diagnosed as liver cyst hydatid but during the operation who turns out to be a renal cyst hydatid and discussed it in the light of the current literature.

A 57 years old male patient with the complaints of loss of appetite, tiredness and abdominal pain for last 1 month was referred to our clinic with the diagnosis of liver cyst hydatid. His previous abdominal computed tomography (CT) and ultrasonography (US) imaging reveals a Gharbi type III cyst hydatid measuring 175x135 mm at the right lobe posterior segment of the liver (Figure 1). Physical examination, blood and urinalysis were normal. Echinococcal indirect hemaglutination (IHA) test was 1/650 pozitive . Abdominal magnetic resonance imaging (MRI) showed Gharbi type III cyst hydatid containing girl vesicals measuring 18 cm. in diameter localised at posterior of right lobe of liver (Figure 2). Surgery was advised with the diagnosis of liver csyt hydatid. During intraoperative exploration, liver was completely normal which was confirmed with the peroperative ultrasonography. The cyst which was previously thought to be exophytically origi nating from liver was found to be originating from right kidney superior pole which is adherent to liver at superiolateral border measuring 180*130 mm. (Figure 3). The rest of the abdomen and pelvis showed no evidence of involvement. The cyst was seperate from liver and was not in communication with the renal tubuler system. The endocyst was removed after sucking the inner hydatid fluid and instilling hypertonic saline (20%) followed by reaspiration. Subsequently, partial cystectomy was done and the patient was put on a course of oral albendazole therapy, given at a dose of 10 mg/kg for 21 days for three cycles with an intervening period of two weeks between the cycles. There was no pathological finding at the examination 2 months postoperatively.

Echinococcosis is a worldwide zoonosis produced by the larval stage of the Echinococcus tapeworm. The adult worm lives in the proximal small bowel of the definitive host, attached by hooklets to the mucosa. Eggs are released into the host’s intestine and excreted in the feces. Humans may become intermediate hosts through contact with a definitive host (usually a domesticated dog) or ingestion of contaminated water or vegetables. In humans, hydatid disease involves the liver in approximately 75% of the cases and the lung in 15%. Secondary involvement due to hematogenous dissemination may be seen in almost any anatomic location. Kidney involvement in echinococcosis is extremely rare (2%-3% of cases). Renal hydatid cysts usually remain asymptomatic for many years. There are no pathognomonic clinical signs except cystic rupture into the collecting system, which leads to acute renal colic and hydatiduria [3].

Preoperative diagnosis of renal hydatid disease is difficult even in endemic areas. Imaging studies are suggestive but usually inconclusive, and the differential diagnosis between a renal tumor and complicated cyst may not be made without surgery [2].

There is no specific laboratory finding of renal hydatid disease. Moderate eosinophilia is non-specific, although presents in 20-50% of cases. Serologic and hemagglutination tests offer low reliability, but their positivity confirms the presence of active disease [4].

US and CT are very important diagnostic tools for the diagnosis of renal cyst hydatid disease. Ultrasonography is inexpensive and noninvasive, demonstrates the classsical appearance of echinococcal cysts. CT can both specify the lesions and can also give detailed information about the neighboring urinary tractus and extrarenal disease. Recently, MRI has been gaining popularity for investigating hydatid disease involving soft tissues [5]. Although very sensitive, these imaging techniques are all prone to interpretation mistakes. Misdiagnosis of liver cyst hydatid disease is possible in such cases in whom cysts are protruding into liver from external sources and discrimination is very difficult.

Treatment of renal hydatid disease is primarily surgical and consists of total or partial nephrectomy. Kidney-sparing surgery with enucleation, marsupialization, and cystectomy has been described and is an alternative [6]. Percutaneous management (PAIR), which consists of aspiration, injection of a scolicidal agent and reaspiration, has proved safe and effective in small studies, but concerns remain about possible risks of fluid dissemination and fatal anaphylactic reaction [6].

As a result, although isolated renal cyst hydatid is very rare and usually asymptomatic, its prognosis is very good and its diagnosis should be carefully done to avoid misdiagnosis.