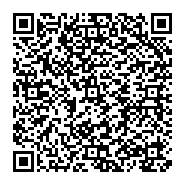 Objective: Iron overload in the substantia nigra (SN) has been suggested playing a role in causing Parkinson’s disease (PD), but the underlying mechanism leading to iron accumulation is not clear. Divalent metal transporter 1 (DMT1), an endogenous transporter for ferrous iron, has been suggested being involved in iron metabolism in both animal model and PD patients. However, previous studies failed to reveal DMT1 as strong risk factor for PD patients. One reason might be that abnormal iron accumulation is not a universal pathogenesis for PD patients. This study aims to explore whether DMT1 is a risk factor for PD patients with or without iron overload.

Conclusion: Our results suggested that DMT1 gene variants (1303C/A, 1254T/C and IVS4 + 44C/A) are not correlated with iron accumulation in PD patients.

Parkinson’ disease (PD) is the most common movement disorder, characterized by degeneration of dopaminergic neurons in the substantia nigra (SN) of midbrain and the formation of intracytoplasmic inclusions called Lewy bodies (LBs) in the remaining dopaminergic neurons [1]. The pathogenesis of idiopathic PD has not been fully understood so far, but evidence suggests that abnormal aggregation of iron in SN perhaps have an important role in the etiology of idiopathic PD [2].

Brain iron abnormalities in SN were first observed in idiopathic PD patients about 90 years ago [3]. Subsequent studies also demonstrated an increase of total iron in SN [4-6], where dopaminergic neurons undergo selective degeneration. In 1995, Becker firstly described SN hyperechogenicity as a typical characteristic of idiopathic PD [7]. Hyperechogenicity was defined when the intensity of the ultrasound signal of the detected structure was abnormally increased compared with a reference structure, usually the surrounding white matter [8]. Related researches showed a sensitive and stable hyperechogenicity in idiopathic PD patients [9,10]. Animal studies and post mortem analyses of human brain tissue revealed that this hyperechogenicity is associated with increased iron levels of the substantia nigra [11,12].

To date, the mechanism of unusual aggregation of iron in SN is still an unsolved problem. The iron metabolism or homeostasis related genes such as, transferrin, transferrin receptor, iron responsive element binding protein 2 (IREB2), divalent metal transporter 1 (DMT1) and parkin [13] might change the expression or function of proteins involved in iron homeostasis, which might lead to iron abnormal accumulation in the brain. DMT1, also known as natural resistanceassociated macrophage protein 2 (NRAMP2), divalent cation transporter 1 (DCT1) or solute carrier family 11 member 2 (SLC11A2), is essential for dietary iron absorption and iron translocation from the endosome. Up-regulation of DMT1 in the SN of both MPTP-induced PD models and PD patients indicated that DMT1 might involve in the process of iron accumulation in SN [14,15] Previous studies failed to reveal DMT1 gene variants as strong risk factors for iron-related disease, such as PD, RLS and ALS [16-18]. But, haplotype analysis of 1254T/C and IVS4 + 44C/A showed that CC haplotype of DMT1 gene was a possible risk factor for PD in Han Chinese population [16]. Two DMT1 intronic SNPs (rs224589 and rs407135) showed positive association with RLS in patients with a history of anemia compared to RLS patients without anemia [17]. C allele of rs407135 in DMT1 was associated with shorter disease duration in sporadic ALS patients with onset in the legs [18]. Thus, these results suggested DMT1 gene variants were still candidates to explore the mechanism of abnormal iron accumulation in PD. However, abnormal iron accumulation is not a universal mechanism for all PD patients. Since hyperechogenicity is associated with increased iron levels, thus abnormal iron accumulation was more likely involved in those PD patients with SN hyperechogenicity than those PD patients without SN hyperechogenicity. In order to explore the possible association between DMT1 gene and abnormal iron accumulation, in our study, TCS was used to classify PD patients into two subgroups PD with SN hyperechogenicity (SN+) and PD without SN hyperechogenicity (SN-). One mutation (1303C/A) and two single nucleotide polymorphisms (SNPs) (1254T/C and IVS4 + 44C/A) of DMT1 was tested in these two groups.

A total of 120 idiopathic PD patients (90 male and 30 female) were recruited from the Movement Disorder Clinic at the Department of Neurology, Ruijin Hospital affiliated to Shanghai Jiao Tong University School of Medicine. Patients were divided into PD SN+ group (male 50, female 17, mean age: 65.3 ± 10.5 years) and PD SN-group (male 40, female 13, mean age 64.8 ± 10.9 years) according to TCS results. Two groups were matched for gender and age (Table 1), and none of them had a positive family history of PD. Patients with Parkinson’s-plus syndrome or secondary Parkinsonism was excluded. The clinical diagnosis of idiopathic PD was given by two independent movement disorder specialists according to the diagnosis criteria [19]. The study was approved by the Ethics Committee of Rujin Hospital.

A color-coded phase array ultra-sound system (MyLab90, ESAOTE, Italy) with a 2.5 MHz phased-array transducer was used to the TCS examination for PD patients. The probe was placed consecutively at bilateral temporal bone windows, scanning supratentorial and infratentorial brain areas in axial planes. For this study, we mainly paid special attention to the mesencephalic brainstem. In general, hyper-echogenicity of the SN is stated if the SN shows a pathological signal at least on one side. An area of echogenicity [20] 0.18 cm2 was classified as normal (Figure 1a) and areas of echogenicity ≥ 0.18 cm2 was classified as hyperechogenic in either one or two sides in our research (Figure 1b). The examiners were ultrasound specialists blind to the clinical diagnosis.

Genomic DNA was extracted from peripheral blood leukocytes through standardized phenol/chloroform extraction method. Primers were designed using the Primer software. Genotyping for the DMT1 polymorphisms or mutations was conducted by polymerase chain reaction–restriction fragment length polymorphism (PCR–RFLP) method, alleles and genotypes frequencies were determined by direct sequencing. The PCR amplification was performed in a total volume of 20 μl reaction mixture, after an initial denaturation of 95 for 5 min, amplification was performed for 35 cycles at 95°C for 30s, 59°C for 30s and 72°C for 7 min and 16°C forever. After amplification, the PCR products were sequenced directly. The primers for each SNPS or mutation are listed below:

All statistical analysis was performed using Statistic Package for the Social Science (SPSS) version 17.0 for Windows. Goodness-of-fit to the Hardy–Weinberg equilibrium was examined by chi-square test, and differences in genotype and allele frequencies between the SN+ and SN- groups were calculated and compared by Chi-squared or Fisher’s exact test. Exact logistic regression adjusted for age and gender was also used to analyze differences in genotype and allele distributions between two groups. Linkage disequilibrium (LD) and haplotype frequencies were analyzed by SHEsis software (https://analysis.bio-x.cn/myAnalysis.php). The P-value, odds ratios (OR) and 95% confidence intervals (CI) were estimated for the association between DMT1 polymorphisms and iron accumulation in PD. The statistical significance level was set at P value 0.05 for all the tests.

Distributions of genotypes and allele frequencies of 1254T/C, IVS4+44C/A were in Hardy-Weinberg equilibrium (P>0.05). As shown in Table 2, no C→ A mutation at 1303 nucleotide was found in our study.

Table 2: Distribution of genotype and allele frequencies of the DMT1 gene mutations/polymorphisms in PD patients.

Table 3: Distribution of haplotypes in SN+ and SN- PD patients.

Second, dysregulation of iron homoeostasis has been identified in PD. Mounting evidence shows that iron content dramatically increases in the substamtia nigra pars compacta (SNpc) rather than in other brain regions in idiopathic PD [6,24].

However, the mechanism for abnormal iron accumulation in SN is still not clearly understood so far. Dysregulation of influx proteins [25], blockade of axonal transport [26,27] and mitochondria abnormalities [25] could all contribute to abnormal iron metabolism. Related researches also proved that DMT1 involved in the process of iron accumulation in SN [14,15]. Up to now, five single nucleotide mutations or polymorphisms were identified within the DMT1 gene. Mutation 1303C→A occurs in the coding region of DMT1 and results in an amino acid change from leucine to isolecine. 1254T/C also occurs in the coding region of DMT1 but does not cause an amino acid change. The other three polymorphisms are within introns (IVS2  538G/Gdel) [28]. The previous functional and genetic studies of DMT1 make its polymorphic variants attractive candidates for the study of iron accumulation, but earlier reports failed to reveal DMT1 as strong risk factors in both PD and RLS patients. One reason for failing to find the association should be considered is that abnormal iron accumulation is not a universal pathogenetic mechanism to these diseases. Thus, it is reasonable to explore association of DMT1 and iron accumulation between PD patients with abnormal iron accumulation and PD patients without abnormal iron accumulation. Hyperechogenicity examined by TCS highly indicated iron overload [11,12]. In our study, one single nucleotide mutation (1303C/A) and two polymorphisms within DMT1 (1254T/C and IVS4+44C/A) were tested in PD SN+ patients and PD SN- patients. We did not find any significant association of DMT1 variants between patients with SN hyperechogenicity and those without SN hyperechogenicity in either genotypes or alleles frequencies of the three-tested locus. There was not any C →A mutation at 1303C/A nucleotide site detected in the present study. These results found in our study were consistent with previous study about DMT1 polymorphism and risk of Parkinson’s disease in Northern Han Chinese PD patients except that we didn’t reveal CC haplotype as a possible risk factor in haplotype analysis of 1254T/C and IVS4+44C/A sites as indicated by the above study [16]. As a matter of fact, CC haplotype is very rare in both SN+ PD paitents (0%) and SN- PD patients (1.9%) in our study, which is much lower than the above study conducted in Northern Han Chinese patients, 18.2% in PD patients and 11.4% in control. Regional difference (Southern vs Northern part of China) might be one reason for lower CC haplotype in our study. Another possible reason for failing to find correlation of DMT1 with abnormal iron accumulation might be that the sample size is not big enough in our study, but such a low CC haplotype in our study subjects largely limits its potential clinical importance.

In conclusion, our present data do not support the relationship between 1303C/A mutation or 1254T/C, IVS4+44C/A polymorphism within DMT1 and abnormal iron accumulation indicated by SN hyperechogenicity in idopathic PD patients from Southern China. How DMT1 affects the process of iron accumulation, and whether it plays a key role in pathogenesis of PD still needs further study.

Ethics Approval and Consent to Participate

The study was approved by the Ethics Committee of Rujin Hospital. The consents to participate are stored in Ethics office.

Availability of Data and Materials

All the data mentioned in this article are available on published article.

he authors declare they have no competing interest.

Wei M did the genetic analysis, statistical analysis and wrote the manuscript. Hu YY and Zhan WW did the transcranial sonography. Lou Y was responsible for the patient recruitment and data integration. Tan YY and Xiao Qin were responsible for study design and manuscript revision. All authors read and approved the final manuscript.

We are grateful to all of the patients who kindly agreed to join in our study.