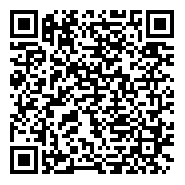 Lateral medullary syndrome (LMS), known as Wallenberg’s syndrome and posterior inferior cerebellar artery syndrome, is a rare cause of stroke. Variability of presentation is cause of underdiagnose for LMS. In our case, 61-year-old male, non-diabetic, hypertensive presented with sudden onset of headache and ataxia of the gait. After clinical and radiological evaluation, he was diagnosed as LMS

Involvement of nucleus ambiguous causes dysphagia, dysarthria. If spinal trigeminal nucleus is affected, this causes absence of pain on the ipsilateral side of the face as well as absence corneal reflex. The damage to the cerebellum or the inferior cerebellar peduncle causes ataxia. Damage to the hypothalamo-spinal fibers disrupts sympathetic nervous system giving rise to Horner's syndrome. Nystagmus and vertigo are the result of involvement of vestibular nuclei. So sudden onset of severe because of this. Damage of the cranial trigeminal tract causes palatal myoclonus [4].

In his medical history, he had essential hypertension for 10 years and right hemicranial headache. In his physical examination; Horner's syndrome, hemiparesis (4/5 level of muscle strength), increased DTR, Babinski reflex positive, dysmetria, dysdiadochokinesia on the right side and ataxia were present. In observation period in emergency department, he started to have hiccups.

The patient's brain CT and diffusion MR images were interpreted (or diagnosed) as normal. He was then hospitalized to the neurology department. Magnetic resonance imaging of the brain, the right side of the medulla oblongata in the brain stem at the level of the FLAIR sequence was interpreted as signaling a high view (Figure 1).

Lateral medullary syndrome is a rare cause of stroke [4]. Generally, lesions are related to multiple vessel involvement, dissection, and poor collateral circulation is larger than those associated with single-vessel disease, atherothrombosis/cardiac embolism, and good collateralization [5]. As seen in our case, hiccups might be one of signs and symptoms. The disease can be diagnosed clinically. Imaging (Head CT/MRI) can be used to confirm diagnose. There isn't a specific treatment.