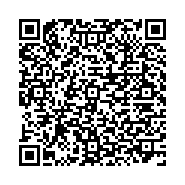 This case study examines long-term vision related issues after a suspected concussion. After assessments, it became apparent that the vision issues were widespread and ongoing vision therapy was conducted. A 12-month follow up revealed significant improvement in all oculomotor metrics, although the patient remained outside normative ranges.

Past clinical research using eye tracking with patients who have known concussions shown deficits in eye-target synchronization, smooth pursuit eye movements, velocity error and positioning errors [1,2]. Clinical assessments of suspected brain injuries include gross assessments of oculomotor abilities (such as the Vestibular Ocular Motor Screening (VOMS) [3]. However, quantitative, and highly sensitive measures are needed to identify cases that do not fit clear symptomology and/or require ongoing monitoring. Past studies have shown eye tracking as a promising tool in such cases [4]. This case study examines clinical assessments and eye tracking to monitor patient change over time after extensive vision therapy from a suspected concussion.

A 65-year-old female presented at the Nebraska Medical Center in Bellevue on February 3rd, 2014 after a car accident 48 hours prior. The accident involved her car being hit by another car and although shaken, she did not appear to lose consciousness. A Magnetic Resonance Imaging (MRI) test and x-rays were performed. Results revealed no abnormalities.

On January 9th, 2016, the patient used RightEye for testing oculomotor behavior. This is a digitized, eye-tracked, form of the VOMS. The gaze trail of her eye movements can be seen in Figure 1. Typical gaze trail patterns, of age-related comparison, are shown in Figure 2.

Table 3 shows the percentage of improvement over the 12 months between Right Eye assessments. Green shows the improved metrics in the desired direction.

Table 3: Shows the percentage of improvement over the 12 months between Right eye assessments. Green shows the improved metrics in the desired direction.

This case study highlights the possible long-term effects of vision issues after a concussion, along with a quantitative method for ongoing clinical analysis.