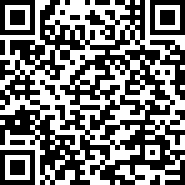 We come across many demyelinating diseases; one amongst those is ALS, amyotrophic lateral sclerosis. Most autoimmune demyelinating diseases are diseases in which our own immune system starts treating the myelin of our neurons as ‘foreign antigen, and hence they mount a massive immune response which sooner or later results in damage to myelin. In ALS the etiology is different from autoimmune as discussed below. The patient starts to experience neurological signs and symptoms which may have many characteristics, sometimes peculiar to a certain disease. For e.g., in multiple sclerosis, remitting and relapsing pattern of optic neuritis occurs and in ALS peculiar feature is that only motor component is involved. We don’t see sensory loss in such patients. Although exceptions can occur but usual picture is the above.

Usually, there is a preceding event, which can lead to development of an autoimmune response against some self -antigen. For example Gillian bare disease, where preceding event is usually infection with Campylobacter jejuni. Another example is, multiple sclerosis, where upper respiratory tract infection is usually the preceding factor.

In ALS, any such preceding factor is not clear.

The patient is usually more than 50 years of age but this condition can develop early too. For example the famous cosmological prof. Stephen Hawking, developed a type of ALS in his adolescence and another example is famous New York Yankees Mr. Lou Gehrig, who developed this condition in 1939, hence this condition is also known as ‘Lou Gehrig’s disease’ as named after the famous athlete.

It has been hypothesized that athletes usually are exposed to a lot of environmental toxins as compared to a normal civilian person; hence they are more predisposed to this condition. But again, it is another hypothesis as most of the cases have unconfirmed etiology/etiologies and are vigorously under study.

It has been said that in ALS, an enzyme ‘Superoxide dismutase', which in turn is coded by the gene ‘SOD -1'. Thus we can say that ALS has genetic predisposition (15% to 20%). Similarly the cases of ALS have also shown interest in people with smoking habits; poor environmental surrounding and heavy metal accumulations e.g., lead. Hence we can begin to say that ALS has both genetic-environmental correlations.

As already discussed above, due to the enzyme deficiency, neurons get damaged. The enzyme superoxide dismutase is very crucial enzyme of our system as it protects us from free radicals, generated during metabolic process in our body. It is a scavenger of these free radicals and hence helps us get rid of these damaging by products.

Now, here in ALS, there is deficiency of this enzyme in spinal cord and also in cervical segment of spinal cord, due to which free radicals accumulate and start damaging neurons, resulting in the precipitation of the disease under study.

As a result of this insult, at the level of cervical cord, both UML and LML develop and at level below the lesion UML develops.

1. Classical ALS: In this variant of ALS, the patient has limb symptoms as mentioned above already.

2. Bulbar ALS: May also be considered under Classical ALS but here bulwark muscles get involved and patient start to develop weakness in muscles of speech, breathing and swallowing. This variant has worst prognosis and requires non-invasive ventilation of the patient.

3. Primary lateral sclerosis (PLS) and Progressive muscular atrophy (PMA) are debated so as to whether they should be included here or not.

There is no established cure for ALS. But following are the pharmacologic and physical therapy indicated:

1. Riluzole: This drug when given can improve the prognosis for 2 to 3 months. Riluzole is better for bulbar type of ALS as it can decrease the release of glutamate and hence decrease spasm of muscle. Given via i/v route, it is a very expensive drug and has many side effects too.

2. Edavarone: This drug can also be used for ALS cases. It works by decreasing free radicals and lower the damage cause by free radicals.

3. Anti-depressants and TCAs can be given alongside to treat accompanied depression.

4. Gabapentin and pregabalin can also be used to treat neuropathic pain.

5. For somatic pain NSAIDS and opioids can be used.

There have been many animal models for study but none can totally represent human complex neuronal network and physiology.

Research models like the house rat, fruit fly, zebra fish, yeast like saccharomyces cervical and some other, have been studied for the better understanding and cure of ALS.

Hence In my opinion, amyotrophic lateral sclerosis, a disease that tingled my nerves a lot and multiplied my interest in neuroscience, is no doubt going to be a big focus of attention for the scientific world. This demyelinating disease is debilitating and feared, nothing less than AIDS and Malignancy.

Moreover the lack of proper and proven understanding of the etiology of this disease doesn’t leave us with much preventive strategies.

Treatment with popular drug Riluzole, although can improve prognosis for about 2 to 3 months, doesn’t give a bright hope for such patients. I cannot forget to mention the obvious factor, the cost of the drug which is not affordable by many class of society and underdeveloped nations.

We need to study this disease better and have a deeper understanding of the pathology, so that we could not only improve the survival rate but also prevent this disease.