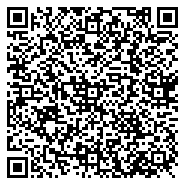 Background: Incidence from cervical cancer in Ethiopia is 26.4/100,000. This figure is probably lower than the actual number of new cases attributed to limited access to screening services. This study was aimed to assess cervical cancer screening practice and associated factors among Reproductive health Service Clients, in case of zone-1, Afar Region, Ethiopia. A facility based cross sectional study was implemented at four public health institutions in Zone-1, Afar Region, from March1-30, 2017. Simple random sampling technique was employed to get a total of 423 subjects. Data was analyzed using descriptive statistics and logistic regression model was used to identify significant predictors of the outcome variable. Significance level was declared at P-value<0.05 with 95% confidence interval.

The disparity in cervical cancer diagnosis and subsequent mortality between high and low resource countries is largely due to the low rate of screening for pre-invasive cervical disease and limited treatment options in low-resource settings [3].

According to, the United States Preventive Services Task Force, World Health Organization, and the American Cancer Society recommendation all age eligible women should have cervical cancer screening at least once every three years [4, 5].

Women who are never screened or treated and women with well-described sexual and reproductive risk factors, such as an early sexual debut, a history of multiple sexual partners, and a high number of live births are at risk of developing cervical cancer and are prone to cervical cancer deaths [6, 7].

Worldwide trends show that developing countries going through rapid societal and economic changes, the shift towards lifestyles like that of industrialized countries leads to a rising burden of cancers associated with reproductive, dietary, and hormonal risk factors [10].

The study was conducted in Afar National Regional State, Zone-1. Afar National Regional State is one of the nine regions of Ethiopia. It is found in the north eastern part of the country and it is found 735 Kms away from the capital city of Addis Ababa. The region has five zones and one special woreda. More than 95% of the people are ethnic Afar. Based on the 2007 Census conducted by the Central Statistical Agency of Ethiopia (CSA), Afar Region has a population of greater than 1.3 million; of the total population, 90% are classified as pastoralists. There are seven woredas under administrative Zone 1. Assayita is the largest town in zone 1.

All 15-49 years old reproductive health service clients residing in Zone-1 were Source Population of the study.

Reproductive health service clients who attended ANC, Family Planning and Post-natal care were part of the study and women with known mental illness, women who were in labor and within two hours interval after delivery and Women with the history of the disease (carcinoma of the cervix) were not part of the study.

Sample size was calculated using a formula for a single population proportion considering 95% confidence level, 5% margin of error, 50% maximum variability, and 10% contingency. The sample size was 384, after adding 10% non-response rate, the final sample size was 423.

d= the margin of error (precision) 5%

Simple random sampling technique was utilized to select two representing woredas from zone-1. Two health institutions from each selected woredas were considered. Population proportion to size technique was used to allocate the sample size from respective health centers based on the number of target group in their catchment and finally, study subjects were selected using systematic sampling technique based on average daily flow and the number of cases needed from the respective health centers.

Data was collected using a structured questionnaire based interview that was adopted from similar study in Tanzania (26) and modified by the investigator which has five parts (Annex II). The first part had socio demographic characteristics, the second part had risk exposure assessing questions, the third, fourth and the fifth part assessed the knowledge, attitude and practice on cervical cancer and screening. Data were collected by four trained midwifes that deliver reproductive health service at the time of data collection and there were 2 supervisors to control the whole work.

To ensure data quality, training was given to data collectors and supervisors. The supervisors were having routine checkups for completeness and consistency of the data. The questionnaire was prepared in English and translated to Amharic. To check for consistency of the meaning the Amharic version was translated back to English language again. Pretest was done before the actual data collection to check for the accuracy of responses, language clarity, and appropriateness of the tools.

Woredas: Are the third level administrative divisions of Ethiopia. They are further subdivided in to a number of kebelles which are the smallest unit of local government in Ethiopia.

Pastoralists: are people who depend for their living primarily on livestock production

Positive attitude: Those respondents who score above median score for the attitude assessing question.

The data collection instruments were coded and checked before entry. The data was entered using Epi-data version 3.1 for cleaning and exported to SPSS Version 20 for further analysis. Descriptive statistics like; numerical summary measures and frequencies , univariable and multivariable binary logistic regression analysis was used to assess the association between dependent and independent variables and test significance of the association. Level of significance below 0.05 was considered to determine the association. Hosmer-lemeshow goodness of fit was used to check the goodness of the applied models.

Ethical clearance was obtained from ethical review board committee in Samara University. A support letter was obtained from afar regional Health bureau, the selected woredas and from selected health institutions. Then a verbal consent was secured from the study subjects through informed consent. The participants assured that the information that they had give used only for the purpose of the study and confidentiality was kept. The long term and short term benefits of the study was well explained to the participants.

Risk Exposure among the Study Subjects

Over All Knowledge of Cervical Cancer

Questions regarding knowledge of risk factors, symptoms, treatment options and prevention and early detection measures for cervical cancer were scored and pulled together and the median score was computed to determine the overall knowledge of respondents. Respondents scored above the median score knowledge considered as knowledgeable, in this case respondents who scored above median value which was 5, was 28 (6.6%), the rest 62 (14.7%) were not knowledgeable.

Among all the respondents of the study only 27 (6.4%) had cervical cancer screening. Of those who screened for cervical cancer 27 (100%) screened in hospitals. Almost all 24(88.9%) respondents got screened by the initiation of health professionals, whereas 3(11.1%) were self-initiated. About 24(88.9%) respondents had only one time exposure for screening and 3(11.1%) screened for more than ones. Regarding screening time 14(51.9%) respondents screened one year before the time this survey was conducted, whereas 11(40.7%) respondents screened one to three years before the time this survey was conducted. Respondents who have no screening practice were asked for their reasons for not to screening and mentioned that 350(88.4%) did not know screening, 18(4.5%) no screening service given around, 23(5.8%) they believed as if they are healthy, and the rest of 5(1.3) mentioned as if it is painful. (Figure 2)

In our current study we tried to assess cervical cancer screening practice and its associated factors. In this study, the prevalence of screening practice for cervical cancer was 6.4% which is slightly lower compared to studies conducted in different parts of the world which was 19% in Uganda (14), 40% in Botswana (15), 14%) in Tanzania (16), 22%in Kenya (17), 17% in Gondar Ethiopia (5) and 6.5% Addis-Ababa Ethiopia (18). This difference can be attributed to the difference in the study area, a difference in background of study subjects and a difference in study setup.

This study was conducted in one of the emerging regions in Ethiopia and the livelihood nature of the people was pastoralism. Most of the people in pastoral community lead a nomadic way of life where in it would be difficult to access health care service and could be less accessible to social Medias in which they could get health related information.

Strength and Limitation of the Study

Strength of the study

Limitation of the study

Due to the fact that the study was cross sectional study, describing cause and effect relationship of the exposure and outcome variables is difficult.

The study was funded by Samara University.