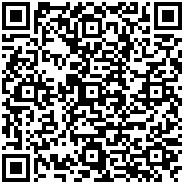 Odontogenic infections are mixed aerobic-anaerobic microbial flora. Infections caused by anaerobic bacteria are serious and life-threatening. The microbial specificity in odontogenic infections is technique sensitive depending on the sampling and culturing of specimens. The drug resistance is expected to be the most important challenge in infection control in Iran, where there is no local report or standard drug resistance monitoring system. Therefore, this study aimed to investigate the aerobic and anaerobic bacterial profile of nosocomial infections and their antibiotic resistance in Ahvaz, southwest Iran.

The human gut microbiota plays an important role in human health. Accessing and culturing the gut microbes remains critical in microbiology. The culturomics approach, combined with sequencing strategies, provides new insights in the study of gut microbiota components. However, we are still far from having described all the microbes. Many factors are involved in recovering as much bacteria as possible. One of the most important factors is sample preparation and conservation. The aim of the present work was to evaluate three different types of stool sample conditioning by mainly studying the effect of atmospheric oxygen on bacterial viability and culturability. Quantitative analysis of fecal samples from eight different healthy individuals was carried out using a culture-independent method (flow cytometry) and a culture-dependent method (plating technique). We found that the cultured bacteria reached a 50% yield when the samples were exposed to oxygen for 120 min without any protectant medium, while the percentage of culturability increased to 67% in the presence of antioxidants. More importantly, when samples were exposed to oxygen for less than 2 min, combined with the work under the anaerobic chamber, no discordance was found between the two counting techniques and the culturability increased to 87%. Our study confirmed the importance of sample conditioning to preserve the bacterial viability in samples, especially for oxygen-sensitive intestinal bacteria.

The oral cavity is a source of multiple anatomic microfiches where the physicochemical of microorganisms result in a complex microbiota. The oral cavity is a reservoir of unique and selective microbial composition that many organisms commonly isolated from neigh boring ecosystems, such as the gut and the skin, are not found in the mouth [1]. The oral micro biome is formed by a wide range of Gram-positive and Gram-negative bacteria species which includes obligate anaerobe (metabolize energy anaerobically and are killed by a normal atmospheric concentration of oxygen) and facultative anaerobe (obtain energy from aerobic respiration if oxygen is present but is capable of switching to fermentation or anaerobic respiration in the absence of oxygen).

Oral anaerobic bacteria cause several types of infections including periodontitis, ulcerative gingivitis, pericoronitis, dental abscess and cellulitis, and sometimes life-threatening [2]. Bacteria carried by blood in gingival sulci and pockets can infect and may cause bacteremia and septicaemia. Polymicrobial anaerobic infections contain organisms such as Antinomies spp, Bacteroides spp, Capnocytophaga spp, Eubacteria spp, Fusobacterium spp, Lactobacillus spp, Peptostreptococcus spp, Peptococcus spp, Propionibacterium, and Villanelle spp [3]. Identification of microbiology profile is useful in providing the preliminary information indicating the presence of anaerobes and the change in therapy while the patient is undergoing the treatment. It also helps in establishment of etiologic agents or toxins responsible for specific diseases and confirming the treatment drug which has in vitro activity against important pathogens [4].

The bacteria that grow in the presence of oxygen are called aerobic bacteria. They have the ability to detoxify oxygen with the help of enzymes. The final electron acceptor is molecular oxygen. Water is produced from the final electron acceptor. When in the liquid medium, they are seen on the surface of the medium. Example: Nocardia, Bacillus [5].

The bacteria that grow in the absence of oxygen are called anaerobic bacteria. It does not have the ability to detoxify oxygen. The final electron acceptor is carbon dioxide, sulfur, fumarate or ferric. Acetate-like substances, methane, nitrate and sulfide are produced by these bacteria. When in the liquid medium, they are seen at the bottom of the medium [6, 7]. Example: Bacteroids, E.Coli.

The main objective of this study was to evaluate the conservation of bacteria in fresh fecal material. Two methods were used and optimized to compare the bacterial viability and culturability under three different conservation conditions.

Our results showed that the most represented population in the fresh fecal samples was the live microbial population, regardless of the sample conditioning. We found 55.52% in the routine protocol, 58.51% in the optimized protocol and 61.69% in the implemented optimized protocol, while dead cells were 34.58, 31.21, and 25.70%, respectively [8]. The implemented optimized protocol gave us the highest percentage of viability (∼62%) and the lowest fraction of dead bacteria (∼26%). The study by Apajalahti et al. (2003) showed approximately the same results, except that they only detected dead bacteria (IP-staining) and found a mean of 28% for the dead microbial population ranging from 17 to 34%. In addition, our implemented optimized protocol showed a higher percentage of viable cells (∼62%), compared to the study reported by Ben-Amor et al. (2005), where 49% were live, 32% were dead and 19% were injured, which is higher than our results under the same anaerobic conditions (25.69% dead and 12.60% injured) [9].

Regarding culturability, samples without any protectant medium that were exposed to oxygen for 90 min allowed us to culture 50.86% of total living cells (routine protocol), while the percentage of culturability increased to 67.59% in the presence of our protectant medium (the optimized protocol) containing antioxidants (N°1H53316 CAS 25 FR). Interestingly, the culturability increased to 87.53% when sampling, collection and sample preparation were performed in an oxygen-free atmosphere (the implemented optimized protocol). We gained viability and culturability for all samples in our implemented optimized protocol [10]. This protocol conserved the samples and the bacterial community for a better yield and isolation rates.

Our current work has confirmed the importance of sample conditioning and processing to obtain the best culture conditions and isolation rates. We proposed a great conditioning medium capable of preserving the bacterial viability in the samples. Our work contributes to the culturomics field by reducing the exposure to oxygen between sample collection and sample processing. Our study expanded the knowledge base of the microbial flora associated with odontogenic infections, with special reference to anaerobes. Successful management of odontogenic space infection lies in decompression, removal of etiological factors, and also in selecting appropriate antimicrobial therapy depending on microbial flora isolated, for recovery of patients and preventing complications associated with fascial space infection. A complementary metagenomic study is ongoing to compare the metagenomic data of the 3 FACS fractions of live, dead and injured bacteria in human feces to the data of the bacteria cultured in the same samples using different culturomics approaches. This will help clarifying whether the majority of uncultured bacteria were dead or live. It may also help in defining what is uncultured, due to their need for optimal culture conditions.

By using two methods of quantification under aerobic and anaerobic conditions, our results highlight the need to optimize collection procedures and storage conditions. This objective can be achieved using rigorous and controlled anaerobic methods, especially during the sampling and throughout the culturomics process. The comprehension of this concept is essential for the development of optimal techniques for isolating new and fastidious anaerobic bacteria and studying the role of these microorganisms in human health. The results highlighted that there are distinct factors leading to antimicrobial resistance in Ahvaz, southwest Iran. The primary contributors to the resistance development include poor surveillance of drug-resistant infections, poor quality of available antibiotics, clinical misuse, and the ease of access to antibiotics. Moreover, similar factors such as self-medication and the lack of regulation on medication imports play a role in antibiotic resistance in the region.