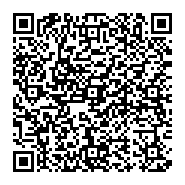 Cognitive functioning is essential for the maintenance of social responsibilities, family, and work. Any deficit in cognitive function can have a negative impact on functioning in daily life. Several studies have investigated the cognitive function of pregnant women, often reporting a tendency for pregnant women to be forgetful, with impaired focus [1] and poor memory [2]. Cognitive changes during pregnancy are thought to be related to hormonal fluctuations [3,4] and depression [5]. However, previous studies of cognitive abilities among pregnant women have often involved subjective measures, and cognitive findings may be affected by factors related to depression. Therefore, the current study integrated both objective and subjective tests using event related potentials (ERPs) and neuropsychological tests, respectively. In humans, pregnancy involves three trimesters. Each trimester is associated with fluctuations of sex hormones to support and maintain fetal development. The current study was performed to compare the auditory cognitive function of pregnant women using auditory oddball stimuli in the mid and third trimesters of pregnancy.

The recruitment of neural resources is important for assessing attention deficits among pregnant women. ERPs are an electrophysiological tool that can be used to investigate brain activity during cognitive processing and can play a valuable role in assessing attention by measuring the amplitudes and latencies of various ERP components. ERP measurement enables evaluation of electrophysiological signals from the brain that occur directly after the presentation of a stimulus event. ERP is a non-invasive technique that is safe to implement with patients as well as healthy subjects [6]. ERPs provide a convenient tool not only for attention study, but also for recognition memory, visual working memory and long-term memory [7]. In one study, visual cognitive function was investigated using different faces and shapes among third trimester pregnant women, revealing that pregnant women had poorer visual cognitive control and reduced P300 amplitude [8]. Another study reported that a pregnant group exhibited greater amplitudes and latencies of the P300 component compared with the control group [9].

Thirty-nine subjects were recruited with control (G1) (mean age ± SD 32.59 ± 3.75, n=15) and pregnant subjects. Pregnant subjects were divided into two subgroups based on the stage of pregnancy: second trimester (G2) (27.19 ± 2.92, n=12) and third trimester (G3) (27.89 ± 4.57, n=12) groups. The second trimester, also known as the mid trimester, occurs from 13 to 26 weeks, and the third trimester occurs within 27 to 40 weeks of gestation [1]. Subjects in the first trimester of pregnancy were not included in the current study because of safety concerns. All participants in both groups were age and education matched, not under treatment or have any major diseases for example hypertension, diabetes, kidney diseases, obesity, drug addiction etc and all women have 1-3 child/ children. We included all participants in both groups within 20-40 years old as this are the childbearing age [11] education was more than STPM (Sijil Pelajaran Tinggi Malaysia: 13 education years) as low education reflects lower cognitive function (attention) [12,13], even major diseases and drug addiction also reflects on cognitive function [14-16]. There are cognitive function differences between single and married women. Therefore, we matched all participants in both groups as married with 1-3 children [17].

This study was approved by the Human Ethical Committee of Universiti Sains Malaysia (USM). Written informed consent was obtained from all participants prior to the experiment. Neuropsychological tests were conducted by an expert clinical neuropsychologist. ERPs were recorded in the Laboratory for MEG and ERP studies at Hospital Universiti Sains Malaysia (HUSM) using a 128-electrode sensor net.

A band-pass filter was set to 0.3-50 Hz with 0.5 Hz stimulus rate. The electrode impedance was kept below 50 KΩ. Data were segmented from 100 ms before stimulus presentation to 800 ms after stimuli. Artefacts such as eye blink, eye movements and movement artefacts, were removed using the artefact detection tool in Net-Station software. Baseline correction was performed 100 ms before stimuli. We examined the mean differences in amplitudes of the P50, N100 and P300 ERP components between responses to the target and standard stimuli, using 19 electrode channels (FP1, FP2, F3, F4, F7, F8, Fz, C3, C4, Cz, P3, P4, Pz, T3, T4, T5, T6, O1 and O2). To identify significant differences, the ERP and neuropsychological test data were analyzed using SPSS24 software with one-way ANOVA. The significance level was set to p ≤ 0.05.

The current finding that the G3 group exhibited the greatest (significantly) P50 and N100 amplitudes is in accord with a previous study regarding the progesterone levels at different stages of pregnancy, reporting higher levels in the third trimester compared with pregnant women in the second trimester and a non-pregnant group [18]. The P50 and N100 ERP components indicated the sensory gating and sensory perception, respectively and their relationship with higher order cognitive function (attention) is negative [19]. The early P50 and N100 components reflect the neural origin of somatosensory processing, which is also known as sensory gating of cognitive function, as indicated by Desment and Tomberg’s finding that the somatosensory processes underlying early ERP components are sensitive to cognitive factors determining the direction of attention [20]. Studies suggested that higher amplitudes of P50 ERP component indicated sensory overload which is the failure of filtering mechanism [21-23] and it leads inadequate attention [22,23]. Low amplitudes and short latencies in both the P50 and N100 components are thought to indicate good cognitive performance [24]. A review by Luck reported that the P50 component in response to auditory clicks reflects the flow of auditory information from the thalamus to the auditory cortex. Thus, this component is thought to be related to sensory gating detection, or pre-attentive processing directed towards a stimulus [25]. A study by Begum et al. of auditory cognitive functional assessment during the second trimester of pregnancy focused on the N100 and P300 ERP components using an auditory oddball paradigm. Based on Begum et al. findings, we examined whether a third trimester pregnant group exhibited reduced auditory perception compared with a second trimester pregnant group [10]. In the current study, the G3 group exhibited the greatest (significantly) P50 (at three sites out of three) and N100 amplitudes (at one sites out of three), and the highest (significantly) P300 amplitudes at one site out of two sites (Tables 1-3). Moreover, the G2 group exhibited the smallest (significantly) amplitudes of the N100 component at two sites (F8, T4), indicating that G2 subjects may have exhibited better auditory perception compared with G3 subjects. Kumar and Magon suggested that higher progesterone levels during third trimester pregnancy can reduce cognitive function (attention) [26] but the level of attention still greater than control participants. Taking all the suggestions, we assume that G3 subjects have sensory overload (as significant highest amplitude in P50 at 3 sites), less sensory perception (as significant highest amplitude in N100 at one site) comparing with the G1 and G2 which might be the effect of high progesterone during 3rd trimester of pregnancy.

Table 4: The scores of different neuropsychology tests among G1, G2 and G3.

The good performance of WCST test was based on the low error rate, while the good performance in the RAVLT and ZCT tests depends on the higher score [28,29]. There is lack of neuropsychology studies on pregnant women using various types of tests. However, one study used concept shifting test (CST), Stroop test, letter digit substitution test (LDST), visual verbal word learning test (WLT) to assess speed processing, memory and attention among pregnant women. This study found that the performance of pregnant women was poorer compared with the control group [30]. However, these tests are different from our current study and we found that pregnant group performed better compared with the control which is the opposite interpretation from Groot et al. study. As our 2nd trimester group revealed the highest score in two tests compared with the 3rd trimester group, therefore we conclude that 2nd trimester subjects performed better than 3rd trimester subjects.

Conflicts of Interest and Funds

All authors declared that they have no conflicts of Interest. This study was supported by the short-term grant of Universiti Sains Malaysia (USM) (304/PPSP/61313160).

We thank Benjamin Knight, MSc, from Edanz Group (www.edanzediting.com/ac) for editing a draft of this manuscript.