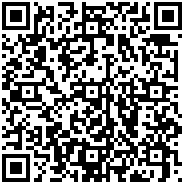 New mechanism of DNMT3L revealed in a Down syndrome study

Down syndrome (DS) is the most common genetic disorder affecting various organs and systems due to developmental defects. In nervous system, it manifests as intellectual delay in early age and early onset of Alzheimer disease [1]. Although the general cause is known as the trisomy of chromosome 21, it is not clear the overdoses of which genes are responsible for the neurological phenotypes. Furthermore, the involvement of epigenetic regulation during individual growth makes it even complicated [2]. These issues could potentially be addressed by a better mechanistic understanding of the effects of genes on chromosome 21, and DS is an ideal human model for understanding genetic-epigenetic interactions. Recently, we reported a novel molecular mechanism of DNMT3L, a gene located on chromosome 21 and involved in DNA methylation [3].

In this study, we overexpressed DNMT3L gene in earlydifferentiated human neuroprogenitors and observed modest but significant changes in DNA methylation and more striking changes of RNA expressions in pathways involved in type I interferon signaling, cytokines, and cell adhesion. We further found DNMT3L bound the transcription factors (TFs) STAT1 and STAT3 and stimulated their tyrosine-phosphorylation, which in turn activated the expressions of several TFs, causing pro-differentiation of neuroprogenitors. This DNA methylation-independent pathway was further confirmed in DNMT3L conditional knock in mice, and the abnormal phenotypes was rescued by STATs phosphorylation inhibitors. These results suggest DNMT3L plays an important role in neurodevelopment and is a key contributor of neurological phenotypes in DS. This is a thorough and potentially important study of the roles of DNMT3L gene overexpression in mediating epigenetic and functional changes in developing DS neurons.

Previous studies with fetal DS cortices have shown global DNA hypermethylation (increased DNA methylation level compared with diploid controls) changes [4-8]. Since DNMT3L is known to facilitate the DNA methylation function of DNMT3A and DNMT3B, one hypothesis is that DS chromosome 21-linked DNMT3L causes these hypermethylation changes, affecting the downstream targeting genes for neurodevelopment. Thus, we tested this hypothesis in human fetal neuroprogenitors by comparing the DNA methylation and RNA profiles of control and DNMT3L overexpressing neurons. Out of our expectation, the methylation changes did not overlap with those in DS fetal cortices and were not correlated with the RNA expression changes. It suggests that DNMT3L causes some of the methylation changes in DS, but most changes in DS are not directly affected by DNMT3L. Alternatively, the temporal window of DS cortices did not match that of the DNMT3L overexpressing neuroprogenitors, and the dynamically modulated methylation during cortical development might cause the discrepancy. The noncorrelation between methylation and gene expression suggests DNMT3L has a mechanism independent of DNA methylation.

Next, we examined the function of DNMT3L overexpression in human neuroprogenitors, and found it inhibited the proliferation and increased the differentiation of these cells, where the expression of several prodifferentiation TFs was upregulated. These results were consistent with the RNAseq data, where significant numbers of genes controlling neural differentiation or cell fate were altered to different extents. To connect DNMT3L with these TFs, we made use of proteomics data to look for DNMT3L binding proteins, among which we found STAT1 and STAT3 could modulate the transcription of pro-differentiation TFs and DNMT3L could promote STATs tyrosine phosphorylation. Thus, the molecular causal relationship between DNMT3L and early differentiation of neuroprogenitors was established.

Could the TFs changes cause the DNA methylation changes we observed? An alternative hypothesis is that the altered DNA methylation patterns in DS might be due to changes in the occupancy of TF binding sites in DS cells [9]. With HOMER software, we tested whether STATmotif binding sites might be enriched among differentially methylated loci in human DS fetal brains and in the DNMT3L-overexpressing neuroprogenitors. Although there were TF binding sites motif enrichments of STAT3 around the hypermethylation CG sites of some genes, the enrichments in DS were completely different from those in DNMT3L-overexpressing neuroprogenitors, which could not be explained in the current study.

A limitation of this study is that we still don’t know how much DNMT3L overdose contributes to the DS neuronal phenotypes. To answer this question, we need rescue experiments in DS neurons and mouse models by using genetic approaches such as CRISPR inhibition to titrate the expression levels in the DS neuroprogenitors to tune down DNMT3L expression to diploid levels and then to examine the epigenetic profile and neuronal phenotypes in vivo.

It’s the first report that DNMT3L functions as a cofactor of transcription factor for transcriptional activation that does not affect DNA methylation or epigenetic modifiers. It is also noteworthy that DNMT3L dysregulation occurs not only in Down syndrome but also in autism, stress, cancer, and inflammatory diseases, where it may function as the bridge between environment and genes (our ongoing studies). We believe that this article will be of broad interest to the researchers and clinicians in terms of understanding mechanisms of DNMT3L in regulating the neurodevelopment in Down syndrome and providing clues for its function in other related disorders.