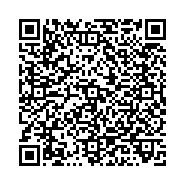 Non-Invasive Method to Diagnose the Liver Fibrosis by Using Electrospinography

The liver is stimulated by both sympathetic and the parasympathetic nerve systems (Autonomic nervous system ANS). These nerves are consequent from the splanchnic and vagal nerves that surround the portal vein and hepatic artery. The afferent signals which responsible for glucose level, osmolality and lipid level is delivered from portal vein to Central nervous system (CNS). In other hand the efferent signals came from CNS to liver by using sympathetic nerves to control in liver functions. The IP injection of carbon tetrachloride CCl4 make a hepatotoxicity for liver cell and this variation will be detected by afferent nerves to CNS. This will make CNS sent efferent signal different from the normal one. The efferent signals from the surface of spinal cord were recorded by using Electrospinogram device, which measure the potential difference for a specific segment which specify liver innervation (T7-T12). Then these signals were used to diagnose changes in liver functions which result in diagnosis liver diseases in non-invasive method by using only two electrodes on the skin surface of specific segment on spinal cord.

The autonomic nervous system is a group of afferent (sensory) and efferent (motor) neurons that link the CNS (Central nervous system) with visceral effectors. The two efferent branches of the autonomic nervous system are the sympathetic and parasympathetic branch. They consist of parallel and differentially regulated pathways made up of cholinergic neurons (preganglionic neurons). The cholinergic neurons set within the CNS that innervate ganglia (for example, para- or pre-vertebral sympathetic ganglia), glands (adrenal glands) or neural networks of varying complexity (enteric or cardiac ganglionic networks) located outside the CNS [1,2]. These peripheral ganglia and networks contain the motor neurons (ganglionic neurons) that control smooth muscles and other visceral targets. The sympathetic ganglionic neurons that control cardiovascular targets are primarily noradrenergic [3].

The connection between the autonomic nervous system and gastrointestinal (GI) tract and the role of the autonomic nervous in the liver function has been described before [4]. The liver is affected by both the sympathetic and the parasympathetic nerve systems. These nerve systems modulate information regarding hepatic osmolality, glucose concentrations, and lipid concentrations from the brain through the afferent neurons, and the liver receives varieties of signals including blood flow, bile secretion, and metabolism through the efferent neurons [4-9].

In case of disorder in liver activity, there is different signal transduction into and to the brain to make a different action to prevent disease occurrence and reduce symptoms by supplying the deficiency in liver functions [10,11].

Liver tissue has high regenerative capacity in response to damaging stimuli such as viral infections, chemicals and alcohol intoxication. Recent researches use carbon tetrachloride CCl4 as a hepatotoxicity drug leads to an acute and reversible liver damage [12,13].

The classic toxicity of carbon tetrachloride (CCl4) is to induce liver lesion and liver fibrosis. Liver fibrosis is the excessive accumulation of extracellular matrix proteins including collagen wasn’t normally excised and it makes the hepatocytes function reduced that occurs in most types of chronic liver diseases, which can progress into liver cirrhosis even hepatocarcinoma (liver cancer). We identify the liver activity and the stage of liver injury by measure a quantity of specific components in blood like Aspartate transaminase (AST), Alanine transaminase (ALT) and total Albumin protein level, this done by a specific test described in material and method section.

Classification of central nervous system signals recorded using different techniques, such as electrospinogram, electroencephalography or magneto encephalography per different signal produced from the nervous system parts, is a job present in many biomedical situations, like, for example, brain– computer interface design [14-17].

The electrospinogram is a device used to record the electrical signal from the spinal cord my measuring the potential difference between two points and we use it to diagnose the autonomic disorder by comparing the different signals produced in normal and diseased one [18].

The electrical signal produced from spinal cord is not only specific for autonomic activity, it’s a group of information from the brain to different body organs and muscles to control movement. So, to get the autonomic signal only we must block somatic signals by using anesthesia mixed drug (Ketamine xylazine mix) [19,20].

Animal Anesthesia. Administration of ketamine (100 mg/kg)/ xylazine (10 mg/kg) anesthesia (KX) by I.P. injection in five minutes before recording. The animals remained anesthetized throughout the entire duration of the study, typically from 45 to 60 minutes per animal weight. Blood collection. A blood collected from Lateral Tail Vein by Attach a butterfly catheter to the syringe and inject the sharp tip and get a blood sample (Figure 2), then put it into tube contain heparin solution to prevent the clot formation [21]. Measurement of liver function. After blood sample collection, the liver activates of critical enzymes were measured as Aspartate transaminase (AST) and Alanine transaminase (ALT), and total protein albumin level to identify the stage of liver injury. The amount of AST enzyme determined by using diagnostic kit “Sigma-MAK052” and the amount of ALT enzyme by using “Sigma-MAK055” in spectrophotometric technique, the total protein albumin level was determined by using “Sigma-MAK124” kit by the same technique. This experiment was done for each group and then we tabulate the results to describe the variations done.

The liver function tests for the four groups described in Table 1. The liver tests were done by measuring the quantity of specific enzymes and proteins which used to show the liver activity then to specify the stage of liver injury. Figure 3: The electrospinograph (the potential difference with time duration) for the four groups. 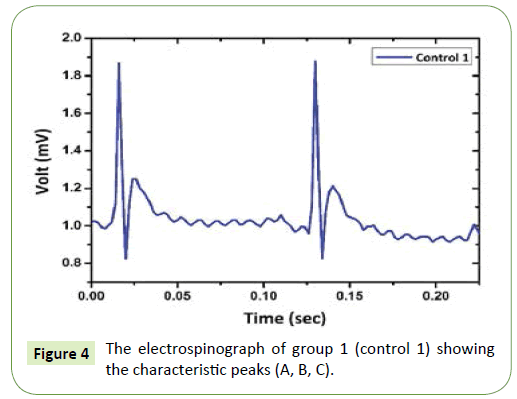 Figure 4: The electrospinograph of group 1 (control 1) showing the characteristic peaks (A, B, C).

Figure 5: The electrospinograph of group 2 (control 2) showing the characteristic peaks (A, B, C).

The electrospinograph of group 3 (treated 1) were shown in Figure 6. The periodic time was not changed (0.1 sec), but there is a splitting in peak A and a small reduction in peak B. This indicate that the effect of CCl4 with olive oil on liver tissue function can be detected by made these variations in the characteristic peaks. This relation between the electrical signal from the spinal cord with the liver function can show the liver fibrosis stage and be detected by just naked eye. The spliting in peak A shows the accumulation of collagen in liver tissue and produce a fibroblasts in liver tissue. This cell type (fibroblasts) has a different signal communication with the brain from the hepatocytes. The fibroblast maturates into fibrocytes which will need more collagen formation and accumulation and this makes a high effect on albumin or glycogen formation level which finally leads to a liver fibrosis. 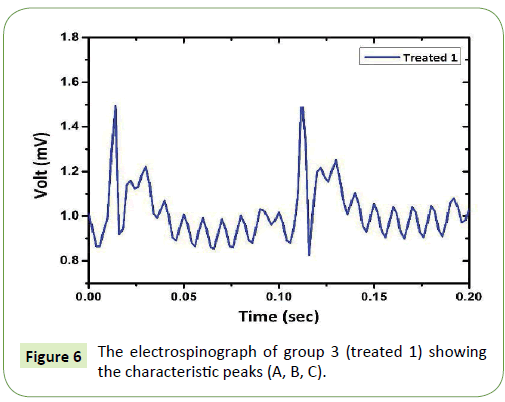 Figure 6: The electrospinograph of group 3 (treated 1) showing the characteristic peaks (A, B, C).

Figure 7, shows the electrospinograph of group 4 (treated 2), which injected for 4 weeks. The periodic time mainly was the same 0.1 sec for each signal peak. The splitting in peak A exists which came from the effect of CCl4 and olive oil on liver tissue. In addition to that, a small reduction in peak C. This changes mainly came from reduction in normal protein sensation and production which result a high fibrocyte formation and destruction of hepatocytes. 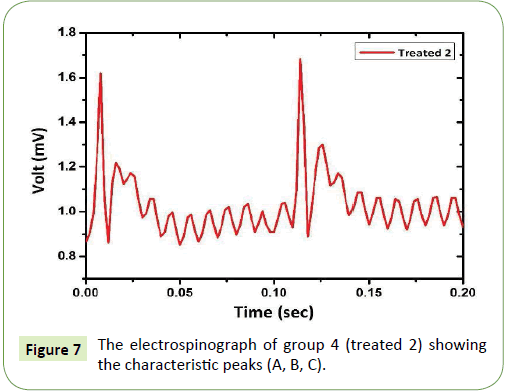 Figure 7: The electrospinograph of group 4 (treated 2) showing the characteristic peaks (A, B, C).

The results of this study demonstrate that there is a relation between the electrical signal recorded by non-invasive method like electrospinography. This method detects this signal from the skin surface of vertebral column and the autonomic organ activity, like the liver, and diagnoses it fast with earlier stage of disease. The electrical signal results from liver disfunction indicates the critical relation between CNS and gastrointestinal organs. The future work will aim to diagnose all gastrointestinal organs diseases by using the Electrospinography. Then finding a way to treat some internal diseases by making small modifications on the sensory or motor electrical signal of the brain resulting in returning the organ function into normal case.

The authors need to thank the academy of scientific research and technology for funding this work.