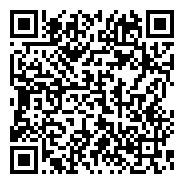 With the current widespread use of three-dimensional (3D) facial surface imaging in clinical and research environments, there is a growing demand for high-quality craniofacial norms based on 3D imaging technology. The principal goal of the 3D Facial Norms (3DFN) project was to create an interactive, Web-based repository of 3D facial images and measurements. Unlike other repositories, users can gain access to both summary-level statistics and individual-level data, including 3D facial landmark coordinates, 3D-derived anthropometric measurements, 3D facial surface images, and genotypes from every individual in the dataset. The 3DFN database currently consists of 2454 male and female participants ranging in age from 3 to 40 years. The subjects were recruited at four US sites and screened for a history of craniofacial conditions. The goal of this article is to introduce readers to the 3DFN repository by providing a general overview of the project, explaining the rationale behind the creation of the database, and describing the methods used to collect the data. Sex- and age-specific summary statistics (means and standard deviations) and growth curves for every anthropometric measurement in the 3DFN dataset are provided as a supplement available online. These summary statistics and growth curves can aid clinicians in the assessment of craniofacial dysmorphology.

The success of investigations into the underlying causes and effective treatment of craniofacial malformations depends on the acquisition of objective, reliable, and carefully collected data on the craniofacial phenotype. Many individuals with congenital anomalies that affect the head and face present with subtle morphologic disturbances. Implicit in any description of facial dysmorphology is the notion that the phenomenon under consideration represents a deviation from some “normal” or baseline state. Thus, all descriptions of dysmorphology are inherently comparative by nature. As a consequence, an understanding of what constitutes the range of normal variation for craniofacial features is essential. Although attempts to quantify the human face date back to antiquity, standardized methods for measuring the human face were only developed in the early 20th century. In response to the clinical community's need for populationbased norms, large datasets comprising standardized facial anthropometric or cephalometric measures were eventually constructed. In order to fully capture the variation present in the general population while simultaneously providing age-, sex-, and ethnicity-specific normative data, large numbers of healthy individuals were required for these databases. Clinicians and researchers routinely use these normative datasets to determine how measurements from a particular patient or subject compare with those of their peers and to perform group-based morphologic comparisons. When quantitative measurements are combined with genomic information within a single craniofacial database, the possibility of mapping the genes that underlie normal variation in craniofacial traits becomes possible.

Oral Surgery presents rigorous, objective investigation and science to inform oral surgery clinical practice and so improve the quality of patient care. The scope of the journal Oral Surgery is wide including oral medicine, oral and maxillofacial pathology and dental and maxillofacial radiology. The scope of surgical practice in the specialty of oral surgery varies around the world and this journal is therefore not restrictive but encompasses the widest range described globally [1].

Oral submucous fibrosis (OSF) is a well-established oral potentially malignant disorder (OPMD) that affects South Asian countries including Sri Lanka where the traditional habit of areca nut chewing prevails [2]. The main aim of this study was to evaluate the demographic and clinical characteristics of OSF among patients presented to the Faculty of Dental Sciences, University of Peradeniya, Sri Lanka.

A retrospective cohort of 503 patients, diagnosed with OSF, followed up in the Oral Medicine Clinic, Faculty of Dental Sciences and University of Peradeniya, Sri Lanka for the past 22 years was included in this study [3]. The latest generation of 3D digital stereo photogrammetry devices, for instance, allow for extremely fast (1/500 second) captures of the entire facial surface in a completely non-invasive manner briefly, in 3D digital stereo photogrammetry, the participant's face is simultaneously captured by multiple imaging sensors with overlapping fields of view [4]. During image capture, a light pattern is typically projected onto the facial surface, which guides stereo triangulation algorithms to construct a geometrically accurate 3D surface model comprising thousands of discrete points with known XYZ coordinate locations. The resulting 3D model can be visualized as a simple mesh surface or rendered in a photorealistic manner, with surface features like skin colour and texture mapped in high resolution onto the underlying geometry [5]. The accuracy and precision of anthropometric measures derived from 3D stereo photogrammetric images is now well established over the past decade, these devices have become more streamlined and affordable, and now turnkey stereo photogrammetry systems are commonplace in many research and clinical centers.

Although, in principle, measures derived from 3D surface images can be compared with data in traditional anthropometric databases, this is far from ideal. Many measurements simply do not translate well from one method to the other. Furthermore, the results of studies designed to compare measures from 3D images to direct anthropometry are equivocal at best; some 3D systems perform better than others, and some kinds of measurements are more consistent across methods than others this problem is compounded when the normative data being compared against were collected by an independent set of examiners several decades earlier. These facts argue that 3D imaging methods ultimately require 3D normative data. Consequently, because comprehensive 3D normative anthropometric databases have generally not been available, researchers have been required to collect their own private control samples in order to carry out proper morphologic comparisons. This amounts to an inefficient duplication of effort and may even negatively affect study quality, as research groups must direct substantial time, energy, and finances toward recruiting control subjects instead of more case subjects [6].

The entire study protocol was completed in less than 30 minutes for most participants. After informed consent was obtained, each participant was assigned unique alphanumeric sequential study identification. A brief demographic questionnaire was then administered to capture the participant's self-reported age, sex, ancestry, height, and weight [7]. Using Oragene collection kits (DNA Genotek Inc., Ontario, Canada), a single saliva sample was obtained for participants over the age of five; for participants under five years of age, two samples were obtained to ensure adequate DNA yield. All participants were asked not to eat or drink anything for at least 30 minutes before their appointment, so as not to interfere with saliva collection. For children unable to spit into the collection tube, Oragene sponge applicators were used to collect saliva directly from the oral cavity. Participants who experienced difficulty producing adequate saliva were offered packets of sugar to stimulate saliva flow. Each kit was labeled using a matrix bar code containing the participant's coded study ID to facilitate electronic sample tracking and processing [8].

Patients ranging from 3 to 81 years (394 males [78.3%] and 109 females [21.7%]; mean age, 43.4 years) with the diagnosis of OSF were included in this study. The main presenting complaint of the patients was a burning sensation (45.3%), whereas 56 patients complained either of an ulcer or a white/red patch. The majority of 69.8% had the habit of betel chewing only, whereas 18.1% had the synergistic habit of betel chewing and smoking. About 69.8% had the involvement of the buccal mucosa with the presence of fibrous bands on the initial visit with 25.8% demonstrating restricted tongue movements. A large number of patients (35.2%) presented with dysplasia in the initial biopsy indicating severe disease at presentation [10].

Eighty-three relevant studies were identified, comprising data on 4011 patients. Pharyngeal flap was the most common procedure (64% of patients). Overall, 70.7% of patients attained normal resonance and 65.3% attained normal nasal emission. There was no notable difference in speech outcomes, need for further surgery, or occurrence of OSA across the 4 categories of surgery examined. Heterogeneous groups of patients were reported upon and a variety of perceptual speech assessment scales were used.

The clinical characteristics of OSF disease patterns may vary in different regions due to habit variations. Although in many ways the 3DFN database is one of the most comprehensive resources of its kind, it is not without limitations. Most obviously, the current dataset is limited to individuals living in the United States who by self-report consider themselves white, non-Hispanic, and of recent European ancestry. The lack of availability of non-white craniofacial norms continues to be a major problem. A handful of 3D studies have begun to address the problem, but these datasets are still limited in scope and scale. Definitive conclusions about the effectiveness of GPP cannot be drawn. Very weak evidence indicated that GPP might not be an efficient method for alveolar bone reconstruction for patients with unilateral and bilateral CLP. Gingivoperiosteoplasty surgery could lead to maxillary growth inhibition in patients with CLP. The situation needs to be rectified, but the prospect of obtaining multi-ethnic 3D norms, while maintaining adequate numbers in each age and sex category, is both daunting and expensive. An undertaking of this magnitude would undoubtedly take a coordinated effort involving many investigators over a number of years. The 3DFN dataset is also limited in the ages covered, most seriously at the younger end of the spectrum. We opted to set the lower age cutoff at 3 years for practical reasons. Consequently, there remains a serious lack of adequate craniofacial norms for very young children-whether 3D or traditional. There is a lack of consensus in the literature to guide procedure selection for patients with VPD. The development of a standardized minimum data set to record postoperative speech, OSA, and patient-reported outcomes is required.