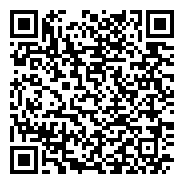 Pacifier Use May Decrease the Risk of SIDS

The purpose of this review article is to explain how pacifier use might prevent sudden infant death syndrome (SIDS). After describing the mesencephalic trigeminal nucleus description, we will discuss the effect of sleep during the non-rapid eye movement (NREM) stage. We hypothesize that during NREM sleep, intense inhibitory neurotransmission by gamma-aminobutyric acid (GABA) and galanin from the ventrolateral preoptic hypothalamic nucleus (VLPO) and median preoptic nucleus (MNPO) to the brainstem activates the mesencephalic trigeminal nucleus (Me5). In response, glutamate is released to overcome the inhibitory effect of GABA and galanin on the ascending reticular activating system (ARAS) nuclei. Infants lack teeth, which means the Me5 cannot optimally exercise its function, and GABA signaling is unopposed. This excess of GABA can lead to extreme "brainstem system" weakness, and many cells of the cerebral stem nuclei do not work properly. For this reason, some infants have high "sensitivity" to numerous non-lethal factors due to momentary weakness of the system (e.g. long QT and trivial infections). Perhaps most importantly, there is "weight" on the respiratory system due to the imbalance of certain neurotransmitters, most notably serotonin.

Pacifier use and non-nutritive sucking

Non-nutritive sucking is a normal fetal and neonate behavior. Pacifiers (also known as dummies) have been used to fulfill this innate desire for over 2000 years [1]. These mock nipples can soothe or calm infants and are also useful during minor medical procedures [2]. For example, pacifier sucking was shown to reduce crying in young infants undergoing venipuncture [3]. In 1979, it was postulated that pacifier use might decrease the risk of sudden infant death syndrome (SIDS) at a time when SIDS was associated with sleep apnea. Although this relationship has been disproven, there is strong and consistent evidence that fewer infants with SIDS use a pacifier during nighttime sleep than age-matched control infants [4]. The mechanisms whereby pacifiers provide protection against SIDS remain unclear, though two mechanisms have been proposed. Firstly, protection may be related to effects on autonomic control [5]. Secondly, pacifiers may increase arousability from sleep [6,7].

The object of our research is the mesencephalic trigeminal nucleus (Me5), a unique nerve formation in the central nervous system (CNS) as it is the only site of intra-neuraxial ganglions. That is, it contains the cell bodies of primary afferent sensory neurons. This narrow band of cells passes immediately next to the periaqueductal gray (PAG) and extends from the border between the pons Varolii and midbrain to the superior colliculus (upper limit of the midbrain). Its lower limit is rostral to the motor trigeminal nucleus (Mo5). Next to Me5, a more medially and in front of the fourth ventricle is the locus coeruleus, the main source of noradrenergic fibers in the nervous system. The LC and Me5 are intimately related in early development; the LC is important in the differentiation of Me5 neurons that are necessary for proper LC function [8,9].

The Me5 is completely surrounded by the reticular formation (RF), and its caudal portion is its core consisting of small, multipolar, fusiform gamma-aminobutyric acid (GABA)ergic cells that are rostral to the Mo5 and which we denote as Me5c (caudal portion of the mesencephalic trigeminal nucleus) [10]. Conversely, the rostral portion sits in the midbrain and is comprised of large pseudo-unipolar glutamatergic cells without dendrites [11-15].

Me5 cells have gap junctions that form somato-somatic synapses among small groups of neurons [16,17]. Each neuron is almost entirely covered with processes that radiate from two or more astrocytes (usually astrocytes cover more neurons) [17]. The peripheral branches of mesencephalic trigeminal nucleus neurons mainly innervate mechanoreceptors in the periodontal ligament. These receptors are remarkably sensitive to movement of elevator muscles in the jaw; they are activated by a simple touch of the teeth, only a very small force is needed (1N and 4N in the anterior teeth and posterior teeth, respectively) [18-20]. Moreover, Me5 periodontal mechanoreceptors of may "fire" in the absence of stimuli [21]. The central branches go to the motor trigeminal nucleus, reticular parvocellular area, and dorsolateral midbrain RF (dorsal raphe nucleus [DRN] and lateral dorsal nucleus of the tegmentum [LDT]) [22]. When they descend through the Varolio's bridge as the "stretch of Probst," they cross the dorsolateral bulb at the level of the dorsal nucleus of the vagus nerve, pass into the lateral tegmental field, and terminate in the spinal cord at the level of the caudate trigeminal nucleus up to C1/C3 [23]. Passing through the large neurons of the nucleus Probst, located ventrally to the solitary tract, they reach the hypoglossal nucleus, trigeminal main sensory and caudate nucleus, solitary nucleus, and eventually the supra-trigeminal nucleus [24-26]. The nerve cells of the midbrain's RF, in particular those of the DRN and LDT, both directly and through the thalamus, send widespread aspecific projections to the entire cortex and form part of the ascending reticular activator system (ARAS). The Me5 provides glutamatergic signaling to Mo5 via its large pseudo-unipolar neurons and GABAergic signaling from its small Me5c neurons (Figure 1) [27,28]. Figure 1 Anatomical structure of the midbrain.

Before and immediately after birth, sleep is essentially only rapid eye movement (REM) sleep, but the duration of non- REM (NREM) sleep rapidly increases from the first month of life. Indeed, infant sleep is more accurately characterized as "behavioral states" called quiet sleep (QS, which corresponds to NREM sleep), active sleep (AS, which corresponds to REM sleep), indefinite sleep (IS), and wakefulness (W, active or quiet). A newborn baby does not distinguish between day and night, and the 25-hour neonate sleep rhythm [29] is independent of the environment and governed only by internal needs like hunger and thirst.

Sleep occurs when the VLPO and MNPO of the hypothalamus transmit GABA and galanin on their brainstem targets, in particular those in the ARAS (DRN, LC, TMN, etc.). Acetylcholine, dopamine, histamine, serotonin, and orexin production decrease, and there is inhibition of the parasympathetic nuclei and LC, which provides norepinephrine to sympathetic preganglionic spinal neurons.

The baby begins to sleep, which requires that the VLPO and MNPO nuclei release GABA to the brainstem and hypothalamus.

When GABA reaches its target cells, they are inhibited because the membrane potential difference is highly negative following chloride entry. This inhibition prevents the release of neurotransmitters and the activity of critical proteins (e.g. dopamine transporter or monoamine oxidase). Therefore, autopsy findings of infants with SIDS will likely exhibit deficient levels of these proteins. Their deficiency is likely an effect of SIDS rather than a cause. At a certain point during sleep, when the GABA level has increased and many cells are inhibited, an intrinsic mechanism of the brainstem is activated. The Me5 is largely comprised of pseudo-unipolar cells, but its caudal termination (Me5c) consists of small multipolar cells that are typically GABAergic. Since they are located just across from the Mo5, they are normally inhibited under rest conditions. When GABA released from the hypothalamus inhibits Me5c cells, It Me5 inhibition of the Mo5 is lifted. The masticatory muscles contract, and the teeth touch, which activates the Me5 and causes it to release glutamate onto ARAS nuclei, the PAG and parasympathetic nuclei. The net result is attenuation of the inhibitory effects of GABA. Under these conditions, certain nerve cells die and activate glial cells that release IL1 beta and prostaglandins that increase substance P levels. These events are likely frequent but rarely end with a fatal outcome; however, they can affect infant development and possibly lead to extreme weakness of the "brainstem system," with many nuclei and cells that do not function properly. In this scenario, a baby could have a high "sensitivity" to numerous factors that are normally non-lethal but could become so due to the weakness of the system at that time (e.g. long QT, trivial infections, etc.).

One important factor is sleep position. In the prone position, every breath requires greater work to enlarge the rib cage, which contains the spine, lungs, and heart. In a newborn, these structures weigh ~0.5 kg of 3-4 kg total weight. It is similar to an adult male of 80 kg that sleeps on his back with ~10 kg of weight on the rib cage. When the weight on the respiratory system is not supported by certain neurotransmitters, most notably serotonin, death can occur. The pacifier is able to activate the Me5, which then releases glutamate onto ARAS nuclei and its targets, thus preventing excess GABAergic transmission and brainstem "weakness."

Our etio-pathogenesis model includes many aspects consistent with the characteristics of SIDS. Specifically, it explains why pacifier use may prevent SIDS. It also highlights why neurotransmission imbalance is particularly dangerous during sleep. Notably, it can explain most of the autopsy findings in the hippocampus of infants with SIDS [30]. This is supported by animal studies in which bilateral lesioning of Me5 fibers led to similar hippocampal dentate gyrus injury [31].

We hypothesize that abnormalities found in the SIDS brain are not a result of the intimate relation between the Me5 and hippocampus; rather, they are due to alterations in REM sleep caused by Me5 dysfunction [32]. At birth, neurons must respond to their needs through full expression of the appropriate genes, but this system can fail, especially in the context of environmental problems such as cigarette smoke or sleeping in a prone position. These influences make breathing more difficult and less efficient, either by reintroducing emitted carbon dioxide or challenging rib cage expansion. This might prevent the maturation of important midbrain structures and lead to SIDS.

The authors declare that the research was conducted in the absence of any commercial or financial relationships that could be construed as a potential conflict of interest.

The study presented in the manuscript does not involve human or animal subjects.