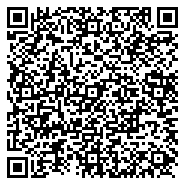 Pancreatic Cancer: Historical Problem as well as Personal and Current Solutions which have Prospects in Translational Medicine

The pancreas is so oddly situated in the upper abdomen that its relationship with the abutting lymph nodes has long been a problem. My personal solution of it concerned research in Glasgow. Currently, that city houses a Translational Institute that is researching on the genomics of pancreatic cancer. Hence, it is hypothesized that note should be taken concerning my explanatory “erythrocyte associated necrosis factor” (EANF). It is concluded that its replication would lead to obtaining the breakthrough as regards developing that target therapy which could conduce to cancer cure, this being inclusive of the pancreas.

On reviewing the available collection of the 19th Century literature on metastatic pancreas cancer, there was a surprising agreement in the presentations by noted authorities. Thus, Wilks and Moxon [1] wrote that “it is often impossible to say whether the disease began in the pancreas or in the glands about its head,” while Richard Bright [2] was perplexed that in his 8th case, “it was almost impossible to say which was pancreas and which was absorbent,” i.e., lymph node. In the above statements, I have introduced italics in order to highlight the closeness of both conceptions. In this context, it is necessary to realize that the problem is still rearing its ugly head. Thus, Robbins [3] was explicit: “Metastases from distant sites affect the pancreas itself quite uncommonly, but on the other hand they are by no means unusual in the peripancreatic nodes. When such surrounding nodes are involved the tumour may extend through the capsule of these structures to invade the pancreatic substance. It is often difficult to differentiate true involvement of the pancreatic substance from metastasis to adjacent nodes with secondary extension to the pancreas.”

The problem with the ordinary autopsy is partly due to the established practice of displaying the different parts of the body on the table. Accordingly, to ensure the realization of possibly interesting interconnections, I devised the monoblock formalin-fixation method [4] that ensures the visualization of the axial structures from the neck to the pelvis. On account of this, the panoramic relationship between lung cancer cells invading both the pancreas and the contiguous lymph nodes became clear. As I put it, “Experience with this method has indicated that pancreatic invasion is due not to mere direct extension but to discontinuous true lymphatic metastasis [5].”

Current Research on the Genomics of Pancreas Cancer

In the new Beatson Institute for Cancer Research, Garscube Estate in Glasgow, much work is being done on the genomics of the pancreas. Thus, Professor Andrew Biankin [6], who now mans it, did a lot of work on it. For instance, he had reported as follows: “We performed exome sequencing and copy number analysis to define genomic aberrations in a prospectively accrued clinical cohort (n=142) of early (stage I and II) sporadic pancreatic ductal adenocarcinoma [7].” Moreover, he added that “large-scale cancer genome studies are unveiling significant complexity and heterogeneity even in histopathologically indistinguishable cancer [8].” Therefore, as Graham’s associates were moved to ask with reference to pancreatic cancer genomics, “where can the science take us [9]”?

According to Professor Cameron [10] who declared in a Memorial Lecture way back in 1954, “we must not be afraid to attempt the impossible, no device or technique that holds out the faintest hope of discovery can be put aside.” Elsewhere [11], I hypothesized that “Nature’s necrosis factor when associated with erythrocytes may not only explain the surprises in lung cancer metastases but also suggest target therapy.” Incidentally, I named it the “erythrocyte associated necrosis factor” (EANF).

Now, this is in respect of lung cancer and the thoracic duct. Therefore, what of the pancreas? Unfortunately, this duct has long been neglected in the literature, although, the astute Sir Astley Cooper [12] concluded, on using animal experiments and human autopsy, that the thoracic duct was important in the “human economy.” And by Raw [13], who reported a case of pancreatic cancer spreading to the thoracic duct, lamented thus: “It is possible that a more minute search in all cases of abdominal cancer would point to the more common spread to other viscera and lymphatic glands by means of the thoracic duct, and I intend in future to pursue this line of inquiry.” Two years later, Steven [14] was surprised thus:

It is very remarkable to note to what a degree the thoracic duct is neglected in all medical and pathological works, and when one considers that practically the whole of the lymph from the abdominal organs travels per this duct it does not require a stretch of imagination to conclude that its role in the dissemination of malignant disease is very important.

Way back in 1962, Burn’s group [15] considered that “the relative importance of the role of the thoracic duct as a conduit for cancer dissemination to the lungs and other organs is still unknown, however.” On his part, Young [16] studied 129 cases of carcinoma and observed that 6 cases arose from the pancreas. However, he had depended on the tedious practice of observing cross sections of this 45 cm long curious conduit. On account of serendipity [17], the Swiss-roll method of coiling this duct became fruitful. Consequently, any metastasis elements occurring in this channel were discernible from a single microscope slide!

Most importantly, it became apparent that necrosis of cancer cells materialized when they are commingled with erythrocytes. Consequently, EANF [11] was the name that I gave to this underlying natural phenomenon.

Advance in this matter was sought, therefore, in the following manner: (i) to employ duct cannulation, which has proved useful in the treatment of ascites [18], and (ii) to amplify this maneuver with the new technique of intravital viceomicroscopy [19]. Accordingly, it was postulated that the special natural pabulum consisting of cancer cells and red cells will constitute a pabulum that would enable scientists to replicate EANF in the richly funded translational laboratories.

Expectedly, it has to be hypothesized here that the thoracic duct of consenting patients suffering from pancreatic cancer should be keenly investigated. In other words, the wealth of genomic information already gathered about this organ is such that, in all probability, advance is in the offing.

Incidentally, there is the axiom that how to appreciate the force of a hypothesis is to look for its explanatory power [20]. I have done this as regards understanding one anomaly. It was reinforced by the Harveian and Melville [21], who appreciated that any unexpected result is likely to advance science if it is pursued. Therefore, I did so in respect of the odd experience of the old masters [22]. Apparently, when 27 autopsies were performed by them from 1818 to 1896, the contralateral lung was seen to be usually free! As I see it, this is explicable on the workings of EANF. Surely, since it is a signaling factor derived from lung tissue, it will be most effective in the lung soil situated just across the midline. Indeed, of all the available soils, the killing effect of EANF must be effective best in the contralateral soil.

Elsewhere, I have presented other aspects of the possible role of EANF [23-25]. Now, Orchard-Webb [26] has reviewed broadly the future directions in pancreatic cancer therapy. Therefore, let me conclusively hypothesize that, in whatsoever direction the necessary breakthrough is sought, EANF should be borne in mind. Incidentally, coded cell death may have a natural key to it or else cancer would be killing patients more rapidly than usual! For instance, my Lancet 1963 article [27] painted the picture which showed that the fate of the circulating lung cancer cells lies in the blood stream itself. Perhaps, its fate in the lymph stream with special reference to the microenvironment of the thoracic duct is worthy of research in consenting patients. Such research should be carried out whether they are suffering from lung cancer or the pancreas or any other organ. In sum, in all probability, the expected breakthrough is likely to come to fruition sooner than later and conduce to cancer cure. Who knows There is a throng already in this captivating field [28-31].