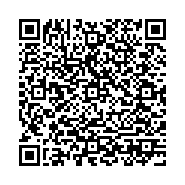 Background: To evaluate the predictive factors of goitre prevalence in females.

Methods: In a questionnaire-based survey, data from 370 female employees aged between from 4 institutions in western part of Germany was collected between April 2001 and April 2002 and the association between parity and simple goitre was examined with respect to age, daily use of iodized salt, contraceptives, the history of goitre in the first degree relatives and smoking. Ultrasound of the neck was performed in all cases to determine the thyroid volume. Logistic regression analyses were performed to adjust for age, iodine status, parity, contraceptives, familial history of goitre and smoking.

Conclusions: Parity and iodine status are predictive factors of goitre prevalence in females.

Despite recent improvement of iodine supplementation since 1989 [1-6] the prevalence of goitre in Germany remains substantial [7-9]. The etiology of simple endemic or sporadic goitre depends on genetic and environmental factors. Indeed, the major factor remains iodine deficiency [9,10]. However, thyroid disorders occurs predominantly in females [11,12], suggesting that hormonal determinants are involved in pathogenesis of this disease.

An association between parity and the risk of goitre is reported in some, but not all studies [13-15]. In this prospective study, we investigated the predictive factors of simple goitre in females with respect to parity, age, daily use of iodized salt, contraceptives, the history of goitre in the first degree relatives and smoking in 370 healthy females.

Study DesignBetween April 2001 and April 2002, a total of 370 healthy female employees of 4 institutions in Essen (Bethesda Essen and Karstadt AG) and Muelheim (Siemens AG and Mannesmann AG) in western part of Germany aged between 18 and 68 years (range: 41.0 10.0 y) were examined by ultrasound of the neck to determine the thyroid volume.Ultrasound was performed by one experienced investigator (J.F.) with a Siemens Sonoline SI-400 using a 7.5 MHz linear scanner. The ultrasound was performed according to standardized criteria and the volume of thyroid was determined as the sum of /6 × length × width × depth of both lobes. Goitre was defined as a thyroid volume exceeding 18 ml.All subjects with present or former thyroid disorder were excluded from this analysis. Information on date of birth, date of screening, sex, daily use of iodized salt, history of previous diseases including benign diseases of thyroid, history of thyroid disorders in the first degree relatives, type and amount of smoking, contraceptives, and parity were assessed by standardized questionnaires.StatisticsThe general descriptive analyses were performed using PASW Statistics (Version 19.0). Values for continuous variables are given as means SD. Statistical differences between groups and comparison of frequencies of goitre between groups were calculated with the Chi-Square test.Linear and logistic regression analyses were performed to adjust for age, smoking, iodine status, parity, use of contraceptives and familial history of goitre. Parameters were estimated using a least squares and a maximumlikelihood methods and the significance level was assessed using F- and Wald tests respectively. A p-value below 0.05 was considered to be statistically significant. 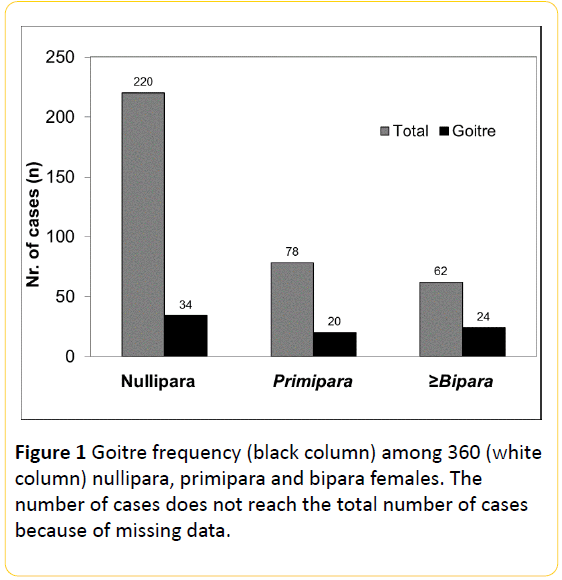 Figure 1: Goitre frequency (black column) among 360 (white column) nullipara, primipara and bipara females. The number of cases does not reach the total number of cases because of missing data.

Indeed, the linear regression shows a positive association of the thyroid volume with increasing age (p=0.023), the number of cigarettes in a week (p=0.001) and its negative association with duration of contraceptive intake (p=0.005), but no association with iodine intake or parity could be detected.However, the logistic regression analysis (Table 1) revealed significant association only between goitre prevalence and parity (p=0.004), and lack of daily iodized salt intake (p=0.01), whereas, age (p=0.18), contraceptive (p=0.82), the familial history of goitre (p=0.33) and smoking (p=0.09) did not affect the goitre prevalence.

Goitre is a major health problem in Germany and the annual costs for treatment of goitre and is estimated at 1 billion Euros [9]. Despite recent improvement of iodine supplementation since 1989 [1-6], the prevalence of goitre in Germany remains substantial [7-9]. The etiology of simple endemic or sporadic goitre depends on genetic and environmental factors. Indeed, the major factor remains iodine deficiency [9,10]. However, thyroid disorders occur predominantly in females [11,12], which are attributed to endogenous hormones during puberty and pregnancy.

Knudsen et al. report in a recent publication on association between increased thyroid volume only among smokers, more pronounced in iodine deficient area [15].

The association between smoking and goitre prevalence in females is discussed controversial [16-18]. However, we found in our analysis only an association linear regression analysis, but the effect of smoking on goitre prevalence in females could not be approved by logistic regression analysis. In contrast, Christensen et al. [17] evaluated the prevalence of goitre by palpation in 441 middle aged women and found higher goitre prevalence among smokers (14.8%) as compared to ex-smokers (3.8%) and non-smokers (9.4%). Ericsson et al. [18] reported a higher goitre prevalence among smoking females (14.2%) as compared to non-smokers (8.9%) and exsmokers (7.0%) in an epidemiological study from Sweden including more than 4000 subjects. In contrast, Petersen et al. [19] found no increased prevalence of thyroid disease or goitre in 1154 middle-aged and older Swedish women with respect to smoking (14.3% smokers vs. 13.4% non-smokers).

Here it can be concluded from our research that the parity and iodine status are the major factors associating with the prevalence of goitre in females.