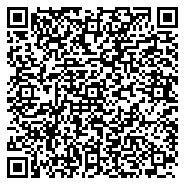 Pediatric neuromyelitis optica and it management in rural practice in north Togo: About a 13-year-old young girl and review of literature

Considered for a long time as a particular form of multiple sclerosis (MS), Devic's disease generally occurs in young women between 20 and 40 years old. This neuro-immunological disease can affect children and adolescents. It was the case of a 13-year-old student who came to the clinic with a walking disorder of insidious onset and ascending progression. Guillain-Barré syndrome was the first diagnosis retained but when visual troubles occurred, the medullary MRI and the search for anti Aquaporine-4 (AQP-4) antibodies where done. The medullary MRI showed a hypersignal in T2 weighted extended on 6 vertebrae at the cervical level. The anti-AQP-4 antibody was positive. Devic's disease was then recognized in this young girl who was given intravenous (IV) corticosteroid. The lack of the therapeutic arsenal in our region did not allow the patient to receive plasma exchange and IV immunoglobulin as recommended by the guidelines. However, with corticosteroid therapy at 30 mg/kg/day for 5 days, the neurological disorders stabilized. With Azathioprine as preventive treatment and physiotherapy, the patient improved after 3 months, without complete recovery.

Neuromyelitis optica spectrum disorder (NMOSD) is an uncommon inflammatory disease of the central nervous system, manifesting clinically as optic neuritis (ON), myelitis, and certain brain and brainstem syndromes [1]. For a longtime, Devic's disease was considered a special form of multiple sclerosis (MS) and treated as such [2]. Neuromyelitis optica (NMO) usually occurs in young women between the ages of 20 and 40 [3]. However, it can occur in children and teenagers. The recent discovery of anti-aquaporin-4 (AQP-4) antibodies has led to advances in the early diagnosis of this disease regardless of the patient's age. We report the case of a 13-year-old female student who was seen in a neurology department. Through this case we will review the literature on the diagnostic and therapeutic particularities of pediatric forms of NMO.

A 13-years old student girl presented to neurology department of CHU-Kara for a walking disorder started insidiously and worsened over about 3 weeks. Symptoms started with bilateral and symmetrical sensory and motor disorders of the lower limbs followed by an upward progression from toes to roots of lower limbs within a week. This presentation suggested an acute polyradiculoneuritis and a lumbar puncture was performed. The latter revealed an albuminocytological dissociation on examination of cerebrospinal fluid (CSF). She was treated in internal medicine with intravenous (IV) corticosteroids for 3 days and was then referred for physiotherapy. The symptoms worsened within 2 weeks, marked by an increase in sensory disorders of the trunk where they were belt-like. These new symptoms were associated with a decrease in visual acuity, which led to a referral to neurology. Her personal and family medical history is unremarkable. On examination, she was in good general condition and weighed 28 kg for a height of 1.35 m. She was in a good state of consciousness. She had no other upper functional disorders. There was a symmetrical paraparesis that predominated in the distal parts of the limbs. The muscle strength score was 0/5 for ankle flexion-extension, 3/5 for knee flexion-extension and 4/5 for hip flexion. There was no amyotrophy or fasciculation. Deep tendon reflexes of the lower limbs were sharp with ankle tremor more marked on the right than on the left. The plantar reflexes test showed Babinski sign on both sides. There was no motor trouble in upper limbs. Sensory examination showed superficial and deep sensory involvement in the lower limbs extending up to the trunk with a clear sensory level at D6 and a band of hypoesthesia from D6 to D4. On examination of the cranial nerves, there was a decrease in visual acuity; the other cranial nerves were unaffected. She had urinary incontinence. There was no saddle hypesthesia or anesthesia on perineal touch. Cardiopulmonary examination showed regular heart sounds and a eupneic breathing. Spine examination was normal. The association of the spinal cord syndrome and the decrease in visual acuity led to the suggestion of neuromyelitis optica, from which an ophthalmological consultation was requested. The latter confirmed the decrease in visual acuity without any pathological sign on ophthalmoscopy and on a slit lamp examination. The diagnosis of retrobulbar neuritis was made following this ophthalmological consultation. The blood cell count revealed a biological inflammatory syndrome with a sedimentation rate of 50 mm and a C-Reactive Protein (CRP) of 36 mg/l. Renal and hepatic functions were normal. Human immunodeficiency (HIV) serology was negative. CSF examination showed hyperproteinorrachia at 1.7g/l with normal glucorarrachia and chlorurrachia. Magnetic resonance imaging (MRI) of the spinal cord showed extensive hypersignal over 6 vertebral bodies in the cervical region on the T2 sequence (Fig. 1). Brain MRI was normal. AQP-4 was found to be positive and anti-myelin olygodendrocyte glycoprotein (anti MOG) negative. The diagnosis of Devic's neuromyelitis optica was made, and the patient was given IV corticosteroid at 840 mg of methylprednisolone in the day for 5 days associated. This corticotherapy was combined with adjuvant treatment with potassium, calcium, omeprazole and antibiotic therapy to prevent a urinary tract infection. Physiotherapy to support the drug treatment was instituted. The patient has well improved clinically with a recovery of muscle strength in the lower limbs allowing walking with a walker. Azathioprine 25 mg orally every 12 hours was given in addition to the corticosteroid therapy per os and the patient was discharged from hospital on day-8. Reviewed one month later, the patient could walk without a cane but was discreetly ataxic with an overall muscle strength of 4/5 in the lower limbs. The ophthalmology checkup reported a clear improvement in vision. We reported Devic's disease in a 13-year-old female patient who was initially followed for polyradiculoneuritis. The particularity of our observation is the young age of the patient. The median age of onset of this disease is 30 to 40 years, but pediatric or late onset, after 80 years, has been reported [4]. NMO or Devic's disease is an autoimmune disorder of the central nervous system (CNS), traditionally restricted to the optic nerve and spinal cord. Like other demyelinating diseases of the CNS, the sex distribution was strongly skewed toward female, with a female to male ratio of 6.5:1 [4]. The patient we reported is female, thus conforming to this female predominance. Myelitis in NMO is classically presented as a longitudinally extensive transverse myelitis (LETM) responsible for a para/tetraplegia associated with a more or less symmetric bilateral sensory deficit. This spinal cord syndrome is associated with a sensory level and sphincter disorders [5]. All these characteristics of spinal cord injury were found in our patient. However, the delay in diagnosis is related to the absence of ophthalmological signs at the beginning of the disease. This is supported by the authors who defined Devic's disease as an association between myelitis and ON [6]. It is also this association of myelopathy and visual abnormalities that was reported in the Lancet in 1870 by Albutt [7]. Even if our patient did not present them, it should be remembered that other clinical signs within the framework of this disease exist and are well reported. These include the area postrema syndrome, sleep disorders, eating and thermoregulation disorders [6]. The diagnosis of our patient was only evoked when visual disorders appeared. The occurrence of this new symptom justified the performance of MRI of the brain and spinal cord associated with the search for antibodies. Indeed, the spinal cord MRI confirmed extensive transverse myelitis, which is the most characteristic lesion of NMO [8]. The extensive longitudinal character defining myelitis in NMO is a radiological definition characterized by hyperintensity on T2-weighted sequences that extends over more than three contiguous spinal segments [6]. These abnormalities in the spinal cord MRI have been reported to be, in general, more frequently present in the cervical and the upper thoracic spinal cord segments than the lower thoracic and lumbar regions [9]. In our patient, the hyperintensity on T2-weighted sequences spanned 6 spinal segments and was located at the cervical level according to the literature review. Although suggestive, MRI is not pathognomonic [10], requiring other tests, in particular the search for specific AQP-4 and anti-MOG antibodies to reinforce the diagnosis that was evoked on MRI. Our patient had a positive test of AQP-4 in her serum. In addition to the clinical presentation and imaging, we confirmed the diagnosis of NMO despite her young age. Studies have reported the disease in young age populations. This is the case of Cabrera-Gomez who reported in Cuba that the onset of NMO before the age of 20 represented 3.4% of all NMO cases [11]. More recently in 2020, Tenenbaum et al. reported that the prevalence of NMOSD in children represented 3-5% of all NMOSD cases [12]. Since the discovery of anti AQP-4 antibodies and the numerous publications reported in the last decades, NMO is now part of a group of pathologies called NMOSD and the diagnostic criteria are continuously being modified, no longer being limited to imaging or clinical or serological criteria (Tab. 1) [13]. Untreated appropriately, NMO has a rapidly deteriorating course leading to blindness and/ or major motor disability in half of the patients after an average of five years [14]. Even when treated, the disease can relapse, with an annual rate higher than in MS [8] of which it was long considered a clinical form. Mortality in NMO is high and most often occurs as a result of respiratory distress related to bulbar extension of the cervical spinal cord injury. As our patient's location on imaging was cervical, appropriate treatment was undoubtedly decisive in preventing bulbar extension in our patient. Currently there is still no standard treatment protocol for NMO. However, there are two main aspects to this treatment, namely the management of relapse episodes and the prevention of relapses [6]. In general, the management of acute episodes is based on high dose intravenous corticosteroid therapy with methylprednisolone at 1g/day for three to five days followed by prolonged oral corticosteroid therapy [6]. The particularity of this corticosteroid therapy in children is the administration and adjustment of the dose according to weight. It is 30 mg/kg/day of methylprednisolone [15]. This dosage guided our choice of 840 mg per day of intravenous methylprednisolone in our patient whose weight was 28 kg. According to the literature review, other treatments can be used in the acute phase. These are plasma exchange (5-7 cycles) [16] and the use of immunoglobulin. Several molecules are proposed for relapse prevention or background treatment of NMO. These include azathioprine, rituximab, mycophenolate mofetil, methotrexate, cyclophosphamide and mitoxantrone [15,16]. Our patient received azathioprine 25 mg po every 12 hours with a good outcome.

NMO, once rare not only in adults but even more so in children, is becoming a common condition in recent years. This is most likely related to a better understanding of the pathophysiology and a definition of the related conditions grouped as NMOSD. Although treatment is still under discussion, high dose corticosteroid therapy in the acute phase with or without plasma exchange or immunoglobulin not only prevents fatal outcome but also allows recovery with fewer sequelae. This condition should be evoked most often in practice in the pediatric population taking into account the diagnostic criteria even in the absence of AQP-4.

We do not have received any fund for the realization of this article.