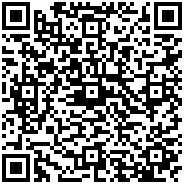 Simple hepatic cyst is a rare disease in childhood. They occur in the general population with a prevalence of up to 5%. The incidence and size of cysts increase dramatically in adults older than 50 years. We performed a systematic literature review of all cases of simple hepatic cysts in the pediatric population undergoing surgical treatment. We found 52 cases reported in literature with a mean age of 2.54 years, 15% were pedicled cysts and only one case reported intracystic bleeding, detected only in the anatomopathological examination. We report a case of a 13-year-old girl who was presented with a symptomatic giant solitary bile cyst, the second biggest simple hepatic cyst reported in pediatric population, the biggest pedicled cyst and the only case of intracystic bleeding detected in pre-operative image examination in this group. This case brings important considerations about this complication and its pre-operative diagnosis.

Surgery of children has been practiced since times immemorial. It is, however, only after the Second World War that it was recognized as an independent identity in the USA and United Kingdom. The rapid strides the specialty made in the west during the last six decades is, therefore, astonishing. It has been likened to the evolution of an oak tree from an acorn, growing from humble beginnings to a wellrecognized surgical specialty. Pediatric surgery as a specialty is about 45 years old in India. In the fifties of the last century, there were only three general surgeons who confined their work exclusively to pediatric surgery. They were Prof. U.C. Chakraborty at Calcutta Medical College, Dr. Raman Nair at Trivandrum Medical College, and Prof. D. Anjaneyulu at Niloufer Hospital affiliated to Osmania Medical College at Hyderabad.

The fifties were also the years of beginning of my own surgical career. Having graduated from Medical College, Amritsar, I was lucky to be appointed a Surgical Registrar to the then doyen of Surgery Prof. S.S. Anand at Medical College Hospital, Amritsar, in the mid-fifties. Children's surgery at that point of time was chiefly confined to herniotomy, suprapubic lithotomy, appendectomy and drainage of empyema. Most of the general surgeons in those days were not interested or indifferent to the management of severe congenital anomalies. At Amritsar, in the mid-fifties, babies suffering from esophageal atresia, abdominal wall defects and other severe congenital anomalies were usually sent home without surgical treatment for lack of expertise. I believe most of the other Medical Institutes had similar practice at that time. It is not surprising, therefore, that many young surgeons in the late fifties and early sixties went abroad for higher training in pediatric surgery as there were no such training centers in the country. I was fortunate to get a Colombo Plan Scholarship for higher training at Hospital for Sick Children, Great Ormond Street, London, in 1962.

It is difficult to assess the progress made by our specialty during the last four decades as there is hardly any published data on the long-term results of management of severe anomalies studied prospectively. In the fifties and early sixties of the last century, mortality was high in neonates with severe congenital malformations. It was only in the mid-sixties when pediatric surgery became an accepted specialty and there was improved success in surgical cases of esophageal atresia, congenital diaphragmatic hernia, atresia of small gut and abdominal wall defects [2].

A study designed to assess the status of pediatric surgery in India published in 2002 by Dr. D.K. Gupta and his associates from AIIMS on the infrastructure, personnel, survival rates and publication from Institutes imparting postgraduate training is not very encouraging. As the authors stated that this is only a preliminary study, their recommendation to form a national database of neonatal surgery is welcome and should be followed up [3].

This study was approved by the University of California, San Francisco Institutional Review Board, protocol 18-25689, with a waiver of informed consent because it used existing data collected during a quality improvement initiative. A telephone survey evaluating opioid use on postoperative day (POD) 1 was conducted for all patients ≤ 21 years of age who underwent ambulatory surgery at a pediatric tertiary-care hospital [4]. Ambulatory surgery in this context was defined as an operative procedure from which patients were discharged home directly from the post-anesthesia care unit or who remained in the hospital less than 23 h. The telephone survey was administered on the day after discharge to all ambulatory surgical patients and consisted of an automated phone call with questions posed to the patient or the patient’s caregiver.

All patients who underwent ambulatory surgery were included in the cohort and were then divided into responders versus nonresponders of the responders this study focuses on outcomes of those that were prescribed opioids post-surgery [5].

There are types of pediatric surgeons

This was a cluster randomized controlled trial that aimed at assessing the effect of a structured standard operating procedure (SOP) for transport of newborns with surgical conditions, on their outcomes at the Moi Teaching and Referral Hospital (MTRH), Eldoret. The structured SOP was adopted from the WHO guidelines on transfer and referral of sick neonates and customized to include locally innovative improvisations [8].

Simple hepatic cyst is a rare condition in childhood. The absence of symptoms, laboratory alterations or the presence of nonspecific abdominal manifestations makes this diagnosis difficult. Imaging examination are essential and histopathological analysis is decisive for diagnostic confirmation. Although intracystic bleeding is the most common complication in adults, this is not repeated in the pediatric population according to our review. Knowing how to recognize intracystic bleeding is important, because in addition to being a factor that predisposes the cyst to rupture, it also changes the appearance of the lesion on imaging tests, from a homogeneous lesion to a heterogeneous one, which can be more easily confused with malignant lesions (cystadenoma or a cystadenocarcinoma). The MRI is essential in the investigation, because, in the presence of intracystic bleeding, the images are hyperintense on T1 and T2. Comparisons between US (solid predominant lesion) and CT (cystic predominant lesion) findings associated with anemia history can improve the probability of this complication.

Great advances may follow in the future; the basic principles of surgery would continue to guide us in the care of children. I may, therefore, be permitted to conclude this address by quoting Willis Potts – one of the pioneers of pediatric surgery in North America, highlighting these very principles from the preface of his book “Surgeon and the Child” published in 1959 – dedicating it to the infant who has the great misfortune of being born with a serious deformity saying that “if this infant could speak, it would beg imploringly of the Surgeon, please exercise the greatest gentleness with my miniature tissues and try to correct the deformity at the first operation. Give me blood and the proper amount of fluid and electrolytes; and plenty of oxygen to the anesthesia and I will show that I can tolerate terrific amount of surgery. You will be surprised at the speed of my recovery and I shall be always grateful to you.”