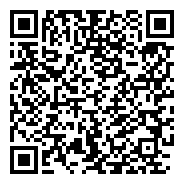 Introduction: We provide this brief case report on Hamman’s sign, as a reminder that both pneumomediastinum and pneumothorax can cause sounds that may disclose the abnormal presence of air in these respective locations. Attributed originally to the observations and report of Louis Hamman in 1937, abnormal sounds may emanate from air in the otherwise quiet mediastinum. Others have emphasized that air in the pleural space may also create abnormal sounds.

Case Presentation: Our patient, a 36 year old Caucasian male, reported the occurrence of an abnormal “rhythmic clicking” sound emanating from his upper body when lying on his left side, following nasal septal surgery. The patient’s clear report of particularly loud sounds, beginning post-operatively, was corroborated by the patient’s wife and prompted a CT scan of the chest which confirmed the presence of free air in the left hemithorax.

Conclusions: The presence of a sound, loud enough to be heard at a distance from the patient (corroborated by another individual) is an unusual and to our knowledge previously unreported finding of pneumothorax. The value of patient history is underscored by the finding of a pneumothorax, suggesting Hamman’s sign.

Laennec and Hamman [1], identified precordial sounds in the setting of mediastinal emphysema, a finding that has been referred to by the eponym, Hamman’s Sign. An article however, by Roelandt et al. [2] proposed that many of the sounds attributed to mediastinal emphysema may have actually emanated from left sided pneumothoraces. While limited in number, several papers and case reports address this clinical observation and its potential significance [2-4]. Scadding and Wood appear to be the first authors to describe precordial sounds, specifically, systolic clicks, in the presence of small spontaneous left sided pneumothoraces [3].

We provide this brief case report in order to review Hamman’s sign, as a reminder that both pneumomediastinum and pneumothorax can cause sounds that may disclose the abnormal presence of air in these respective locations. Depending on the clinical setting, the presence of precordial sounds, observed or patient reported, should expand the differential diagnosis to include those associated with pneumothoraces in addition to other pulmonary, cardiac and esophageal disorders.

Our patient, a 36 year-old Caucasian man in generally good health except for a history of recurrent nephrolithiasis, was approximately 3 weeks post-operative from a deviated nasal septum repair, when he presented to the ED following 12 hours of right flank pain radiating to the groin, associated with intractable nausea, that had not responded to hydration and ibuprofen. He reported being a current smoker with no personal or family history of pulmonary problems, including: asthma, COPD, cystic fibrosis or alpha-1 anti-trypsinase deficiency. His nasal septal surgery and post-operative course had been uneventful, allowing him to return to his construction job 2 weeks after his surgery. He described no pulmonary complaints; however, on review of systems, he described an audible “rhythmic clicking” sound when lying on his left side. His wife confirmed that the sound first appeared soon after his surgery. Initially, she could hear it up to 3 feet away, most pronounced when lying in bed; gradually becoming quieter and infrequent during the subsequent week.

Our patient likely experienced this left anterior pneumothorax due to the positive pressure ventilation during his nasal septum repair consistent, with the report of the sounds created, being temporally related to the surgery. Approximately 10% of all pneumothoracies are a result of barotrauma [5,6], however, the majority of patients with pneumothorax present with some degree of pulmonary complaints, including: dyspnea and chest pain [7]. In the absence of large chest wounds with accompanying mediastinal emphysema, it is rare for a pneumothorax to create sound, that is, present with Hamman’s Sign.

Our patient was admitted to the hospital, placed on high flow O2 therapy as well as aggressive fluid hydration and tamsulosin 0.4 mg daily. He was discharged on hospital day 2 after a CXR confirmed resolution of the pneumothorax with recommendations to follow up with his primary care physician and urologist.

The presence of a sound, loud enough to be heard at a distance from the patient (corroborated by another individual) is an unusual and to our knowledge previously unreported finding of pneumothorax. The value of patient history is underscored by the finding of a pneumothorax, suggesting Hamman’s sign.

Consent was obtained from both our patient and his wife during admission and then confirmed prior to discharge. He was excited to allow us to share his story and clinical image in an attempt to educate and enlighten the medical community on a rare clinical diagnosis.

The authors declare that they have no competing interests.

AN and JD both were involved in the initial diagnosis and treatment of the patient, and they were responsible for researching, constructing and writing the first drafts of the manuscript. RW, in addition to supervising provided guidance for the structure of the paper, competed the final editing and revisions to the first drafts. All authors read and approved the final manuscript.

We would like to acknowledge our patient and his wife for providing us with a great, reliable medical history and the opportunity and honor to treat him. We would also like to thank them for generously allowing us to share his story and clinical image in an attempt to educate and enlighten.