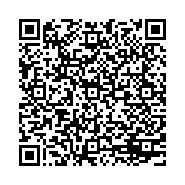 Introduction: Diagnostic uncertainty results in admission and unnecessary treatment of stroke mimics (SMs), leading to substantial expenditure of limited existing resources. We investigated the costs of admitting SMs compared to the cost of MR imaging in the acute setting.

Methods: In this retrospective cross-sectional study, we analyzed all suspected stroke admissions from January 2016 until July 2018. We evaluated the costs of admission of SMs to the stroke unit and compared it with the cost assumption of having performed MR instead of CT imaging in all patients who presented with stroke symptoms.

Findings: A total of 1745 patients presenting with stroke symptoms was included. 1108 (63%) were diagnosed as ischemic strokes, 321 (18%) with intracranial haemorrhage and 316 (18%) with SMs. The calculated cost of the initial neuroimaging studies for all patients was A$631,291. The cost of performing MRI for these patients would have been A$657,167. Accordingly, the excess cost of performing MRI instead of CT scan in the acute setting would have been A$25,876.00. This is significantly lower than the costs of stroke admission of SMs (A$1,255,373).

Diagnosis of stroke is based on physical examination and computed tomography (CT), and magnetic resonance imaging (MRI). The need for an experienced clinical team combined with a low sensitivity and specificity of CTscan in the early stages of ischemic stroke can lead to diagnostic uncertainty. This can result in occasional admission of patients who present with clinical features resembling acute ischemic stroke that ultimately turn out to have alternate diagnoses (stroke mimics) [1,2]. Although the safety of thrombolysis in stroke mimics (SMs) has been confirmed in multiple studies [3-5], the substantial financial burden of unnecessary admission and subsequent stroke workup and hospital care remains an issue [6].

The sensitivity and specificity of Diffusion-Weighted Imaging (DWI) MRI in detecting acute stroke is assessed to be over 95% in several studies [7-12], which would help minimize SMs admissions. Several studies have revealed the feasibility of MRI in the management of acute ischaemic stroke [13-15]. Furthermore, a dramatically higher rate of thrombolysis of SM presentations has been observed in CT-based, compared to MRI-based centers [16]. In this study, we aimed to investigate the potential role of MRI in reducing the cost of stroke admission of SMs.

We retrospectively analyzed stroke registry data from consecutive “suspected stroke” admissions (including ischaemic stroke, TIA, ICH and stroke mimics) that presented to Royal North Shore Hospital between January 2016 and July 2018 (a 30-month period). Subarachnoid haemorrhage, traumatic ICH and retinal artery or vein occlusion were excluded. Diagnosis of SMs was based on the absence of ischaemic infarction on Diffusion-Weighted Imaging (DWI) MRI or three consecutive non-contrast CT scans (NCCT) plus the presence of an alternative discharge diagnosis. Ethical approval for this study was granted by the Northern Sydney Local Health District (NSLHD) research office.

We used Medicare itemized numbers, readily available at Medicare Benefits Schedule (MBS) Online (www.mbsonline. gov.au), for cost calculations. A 75% benefit was used for all inpatient item numbers. The stroke workup costs of SMs were appraised by defining the number of patients who underwent each study multiplied by the cost of the related item. The prices of thrombolysis, one-day admission on stroke unit and ICU were obtained from the billing department of the hospital. All costs were expressed in Australian Dollars (A$). The Medicare benefit for a CTA arch to circle of Willis (COW) is the same when CTA is done followed by CT perfusion. We calculated the cost of the initial neuroimaging studies in all suspected stroke patients by examining the cost for those who had a NCCT alone, along with the cost for those who had a NCCT followed by CTA and/or CTP. We then subtracted this from the cost assumption of having performed an MRI for all suspected stroke patients in order to calculate the excess cost of performing MRI instead of CT studies as the first imaging technique.

To demonstrate the potential role of MRI in reducing overall costs (related to SMs), the total SMs stroke admission cost was compared with the excess cost of replacing MRI as the first diagnostic imaging in all patients presenting to our hospital with stroke symptoms during the 30 month period of the study.

Continuous variables were analyzed using the Student t-test, and the Mann-Whitney U-test was used to measure differences in outcomes with skewed distributions and ordinal variables. Differences in categorical variables were assessed using Fisher’s Exact Test. A value of P<0.05 was considered significant. All analyses were conducted using IBM SPSS Statistics v.24.

A total of 1745 patients with stroke presenting symptoms were included. Three hundred and sixteen (18%) of those were SMs and 321(18%) were diagnosed as ICH. We found 1108 patients with ischemic strokes from which 254(23%) were posterior circulation strokes. 52 patients were categorized as TIA. Only 37 (11%) of SMs did not have an MRI and the diagnosis of mimic in these patients was based on the absence of infarction in multiple NCCT plus the presence of other diagnoses. The most common cause of not performing MRI was an MR incompatible cardiac pacemaker.

Table 2 indicates the costs of stroke evaluations in SMs. 14 patients (4%) of SMs were thrombolysed, none of which experienced symptomatic ICH. Only one patient experienced bleeding from intravenous cannulation site during thrombolysis which was controlled after ceasing the infusion. No other complication of thrombolysis was recorded in these patients. All the thrombolysed patients were admitted to ICU for at least 24 hours.

Table 2 The costs of stroke mimics.

The total cost of stroke admission for SMs was A$1,255,373. This stands for an average of approximately A$4000 for stroke workup and admission of each stroke mimic. One day admission on the stroke unit costs 869 AUD and stroke unit admissions accounted for 60% SMs hospital costs. Stroke work up of thrombolysed SMs including ICU admission cost A$200,842. On average, each thrombolysed SM cost A$14,345.

An NCCT was done in all cases. CTA was performed on 983 stroke patients and 183 SMs in the acute setting. Accordingly, the expenditure for initial neuroimaging for all suspected strokes was A$631,291. This is comparable with the cost of performing an MRI for all these patients (A$657,167). Hence, the excess cost of performing MRI instead of CT scan would be A$25,876. This is significantly lower than the evaluated cost of admission and stroke evaluation of SMs A$657,167 – A$631,291 = A$25,867.

We based our theory regarding potential cost-benefit, on the high sensitivity and specificity of MRI in detecting stroke (82-97% and 90-100% respectively) indicated in multiple studies [17,18]. The use of MRI as an initial imaging modality in the assessment of patients presenting with stroke symptoms would greatly reduce the cost burden associated with admitting and performing stroke investigations in these patients.

Our results reveal that stroke mimics are younger, present with less severe neurological symptoms and have shorter LOS in hospital than actual strokes. Our dataset demonstrates that the cost of stroke admission and investigation of SMs significantly exceeds the cost of using MRI as a first imaging study for patients presenting with stroke symptoms. We also calculated the cost of the initial neuroimaging studies in all patients presenting with stroke symptoms regardless of their final diagnosis. Interestingly this was not significantly different from what it would have cost if MRI was performed as the initial imaging study for these patients and the reason relates to the prevalent administration of CT angiography and CT perfusion in the diagnosis of acute stroke. The excess cost of doing MRI would be A$25,876.00 for the duration of our study which equates to A$10,350.40 per year. Stroke protocol MRI includes Time of Flight (TOF) Magnetic Resonance Angiography (MRA), which is comparable with CT angiography in detecting large vessel occlusion [19]. This means that even regardless of SMs admission costs, the excess cost of performing MR instead of CT in acute stroke presentations is not prohibitive. Moreover, TOF MRA does not require contrast, therefore eliminating potential kidney toxicity [20]. MRI not only achieves a better yield of diagnoses, but also mitigates the risks of IV contrast complications.

To our knowledge, this is the first study investigating the cost burden of stroke admission of stroke mimics among all suspected stroke patients. Other studies which have investigated the cost of SMs were focused on a subgroup of SMs who were thrombolysed. In 2015, Goyal et al. investigated the cost burden of stroke mimics and TIAs after thrombolysis [6]. They analyzed the direct and indirect costs of 74 patients with SM and 21 TIAs after thrombolysis. They concluded that SMs are thrombolysed frequently and this is associated with costly admission and unnecessary hospital admissions. Unlike Goyal et al. we included all SMs regardless of thrombolysis, so the sample size of our study is considerably larger. Furthermore, we focused the cost analysis on stroke workup and admission rather than evaluating all hospital costs of the SMs. The reason behind this is the fact that, even after ruling out the stroke by careful neurological examination and performing MRI, many of these patients would still be admitted to the hospital for diagnosis and treatment of their presenting problems. Namely, the patients with seizure or LOC would be admitted for further management and so the total costs of admission of SMs would not reflect a true cost burden. Importantly, this study found that 15% of all thrombolysed patients in our center were finally diagnosed as SM or TIAs (14 and 29 respectively), echoing other studies [21]. This suggests that, while this study focused on one hospital, its findings may be potentially generalized. Although only 5% of the SMs were thrombolysed, they accounted for 16% of the total costs of SMs. Few studies have investigated the cost-effectiveness of MRI in acute stroke. In 2015, Parody et al. investigated the cost-utility analysis of MRI versus CT scan in acute stroke [22].

They analyzed 87 patients with NCCT and 43 patients with MRI as the first imaging modality. They indicated that though MRI was more expensive than CT in assessing stroke, due to lower LOS of the patients in the MRI group, the overall hospital costs were not different between the two groups. Furthermore, due to lower QALY index in MRI group, they suggested that MRI is a cost-effective strategy in acute stroke management. We did not evaluate the cost-effectiveness of MRI, but our data revealed a potential cost-benefit of replacing CT with MRI in the acute assessment of patients presenting with stroke symptoms through avoidance of unnecessary costs (thrombolysis, stroke and/or ICU bed admission) and investigations.

Our study has some limitations. This is a retrospective single-center study. Thus, the generalization of the results of this investigation to other hospitals with lower rates of stroke admission should be done cautiously. We did not assess the actual costs, but rather employed the assigned Medicare benefit and cost estimates from our billing department. Actual costs (costs of hospital services and goods expenditure) may more accurately demonstrate the monetary value of the hospital care.

The results of the current study can be used by administrators and clinicians for decision-making regarding choosing the best first-line neuroimaging technique for acute stroke. The results of this research can be used to guide future cost-effectiveness analyses of stroke diagnostic tools.