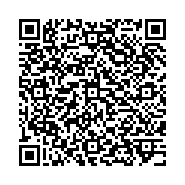 The future of biomedical research has undergone a significant change as a result of the possibility of altering the flexibility of terminally differentiated cells toward pluripotency. Human-induced pluripotent stem cells (iPSCs) offer a fresh source of therapeutic cells free of the moral quandaries or immunological restrictions associated with human embryonic stem cells. iPSCs also provide significant benefits over traditional approaches of studying human diseases. Three key uses of iPSC technology have emerged since its inception: disease modelling, regenerative medicine, and drug development. Here, we thoroughly cover the most recent developments in iPSC technology in connection to fundamental, clinical, and public health.

Regenerative medicine has advanced significantly since the initial discovery that bone marrow cells have the ability to regenerate tissue through clonal proliferation, which established the field [1]. These bone marrow cells have the ability to selfrenew and differentiate into many cell types, making them a form of stem cell. The developmental capacity of nuclei was the focus of earlier endeavours to study the pluripotency of the inner cell mass through cloning in frogs, cloning in adult mammalian cells, ESC production, and somatic cell fusion. The discovery that the mammalian transcription factor MyoD could also transform fibroblasts into myocytes gave rise to the idea of master regulators transcription factors that control lineage specification [2]. These paradigms were used to categorise newly identified stem cells as either adult stem cells or ESCs based on their origins and capacity for differentiation. The extraordinary abilities of ESCs to self-renew without senescence and to generate all of the embryo's cell types (i.e., pluripotency) made them exceptional and useful tools for researching cell destiny and tissue development. Human ESCs were initially used in research on pluripotent stem cells (PSCs), but their usage was morally debatable due to the necessity of destroying embryos in the early stages of development. Additionally, their medical applications were constrained by practical concerns because any cells or tissues produced from human ESCs would necessarily be allotransplanted into the recipient patient, necessitating potential lifelong immunosuppressive medication [3]. a key discovery in regenerative medicine was the ability to promote nuclear reprogramming of mouse and adult human cells to pluripotency with a minimal number of reprogramming factors and c-myc; OSKM. They were given the name "induced pluripotent stem cells" (iPSCs) and claimed to be a source of therapeutic cells devoid of the moral quandaries or immune barriers of human ESCs while still maintaining features like self-renewal and pluripotency. Since that first finding, several innovations have been made to improve the effectiveness of iPSC production and the security of the offspring lines. Among these advancements include the use of chemicals to increase effectiveness, the use of several cell sources for reprogramming (embryonic, foetal, and adult fibroblasts, neural stem cells, adipose stem cells, keratinocytes, and blood cells), and the utilisation of recombinant proteins/ peptides to reprogram somatic cells, use of different factors that could replace the reprogramming factors, use of vectors that can be excised from the genome, use of "nonintegrating" vectors, supplementation of reprogramming factors with microribonucleic acids, and most recently, a wholly chemical approach [4].

With the hope that one day iPSCs could be used for regenerative medicine in the clinic, the academic community has made a significant push over the past ten years toward the efficient generation of safer PSCs. The clinical trial using iPSC-derived retinal pigment epithelial cells (iPSC-RPEs) for the treatment of macular degeneration, albeit being temporarily stopped, demonstrates how far we have come in the development of clinical-grade stem cells. In the near future, iPSC technology will probably present greater opportunities for elucidating the pathophysiology of illnesses and identifying novel therapeutic compounds. In particular, iPSCs can be produced from patients who have specific genetic abnormalities and differentiated into disease-relevant cell types, including cardiomyocytes, for disease modelling [5]. Likewise, iPSC-derived cells can then be put through high-throughput tests to find novel medicinally useful small compounds or carry out drug toxicity tests Last but not least; iPSC technology may enable personalized therapy, such as cell or tissue replacement without the need for immunosuppression and use of medications that are customised for each patient's genes, environment, and lifestyle [6]. This is precision medicine, a programme that aims to treat each patient by accounting for his or her particular genetic make-up. In order to create individualised treatment regimens for each patient based on their condition, it is important to understand the intricate mechanisms behind diseases. In this review article, we want to emphasise how iPSCs have the potential to advance fundamental scientific research and provide innovative therapeutics for use in clinical and public health applications [7]. The simplicity and reproducibility of iPSC technology are its major strengths. Although the safety and efficacy of iPSCs have greatly improved over the past ten years, which is essential for moving the technology toward clinical use, the mechanisms involved in the efficient creation of iPSCs are still in the early stages of development. These developing ideas bring up crucial, fundamental issues that will be covered in the next sections [8].

There have been numerous studies that have attempted to answer this question, but it is generally agreed upon that the initial activity of the core pluripotency genes (OSKM) has a snowball effect that causes the entire endogenous network of pluripotency genes to be simultaneously activated and lineage-specific genes to be inhibited within the reprogrammed somatic cells. A late maturation phase that results in distinct changes to nuclear structure, the cytoskeleton, and signalling pathways occurs after the initial phase of reprogramming, which is connected to cells going through metabolic changes and genome-wide alterations in histone marks and methylation. In fact, by extensively examining these pathways, researchers have been able to remove past barriers to reprogramming and now have access to practically ideal iPSCs. If developed cells (such as CMs) from these 2 types of stem cells function similarly, one crucial question that keeps coming up is whether iPSCs and ESCs have the same genetic and epigenetic landscape. The bulk of iPSC and ESC clones are generally interchangeable, despite some earlier research revealing differences in gene expression or DNA methylation between iPSCs and ESCs. According to more recent studies, both cell types share the same molecular and functional properties, with the majority of the regulatory changes between them being caused by variations in their genetic origins (i.e., different donors for ESCs and iPSCs) [9].

Direct reprogramming of one somatic cell type into a different target cell type is a new idea that offers an alternative to iPSCs. This idea, known as Tran’s differentiation, is based on the idea that by completely bypassing the iPSC stage, we may quickly reprogramme a particular cell type. A number of studies have successfully trans differentiated fibroblasts into diverse somatic cell types, including neurons, hepatocytes, CMs, and endothelial cells. But at the moment, a significant obstacle to using direct reprogramming for clinical applications is how challenging it is to generate enough target cells with the exact same features as the required cells [10]. It is also challenging for them since Trans differentiation has not yet produced a pure population of the target cells. Similarly, the transdifferentiation strategy would necessitate starting the entire reprogramming process from scratch for each experiment, in contrast to iPSCs, which can be readily maintained and differentiated to a specific cell type once reprogrammed. There are numerous human diseases that have few effective treatments available due to either a lack of pertinent tissue samples or a lack of knowledge about the course of the disease. For this reason, in vitro experiments or animal models have typically been used by researchers to evaluate disease progression and create therapeutic approaches. Either tiny animals (such as rats and mice) or huge animals are used in these model systems (e.g., dogs, pigs, and nonhuman primates).

These research plans are predicated on the animal model's capacity to imitate the pathophysiology of human subjects and eventually develop an advanced disease similar to that found in humans. Animal models frequently fail to meaningfully mimic human disease due to variations in cardiovascular anatomy and physiology (e.g., humans and rodents diverged w75 million years ago). IPSCs can be produced from both healthy and sick individuals, making them a potent substitute for animals in the study of human diseases. In fact, as shown in the following section, a number of iPSC models have been created and investigated for use in researching a variety of human diseases.