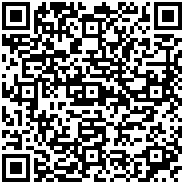 Dengue virus (DENV: Genus Flavivirus; family Flaviviridae), which is vectored by female Aedes aegypti (in endemic regions principally in urban areas) as well as female Aedes albopictus (mostly in rural areas) mosquitoes, cause dengue in humans (with the infection of its all four serotypes [1-3]: DENV1, DENV2, DENV3 and DENV4) that arrays from self-limiting mild feverish illness: DF (dengue fever), to severe life-threatening forms, DHF (dengue hemorrhagic fever) and DSS (dengue shock syndrome) leading to death (Figure 1). The disease has been recognized as a major public health problem in developing tropics and subtropics, but is now spreading rapidly globally with worldwide transportation of infective vectors of DENVs [4,5], due to: (a) climatic (and environmental: temperature, rainfall and humidity) factors as well as human behaviors (urbanization and globalization) and

(b) overall lack of vector control measures and absence of anti-dengue antiviral as well as absence or limitation in usage of licensed dengue (only dengvaxia: CYD-TDV) vaccine [6-9].

DHF was first reported in Calcutta (Kolkata), West Bengal in 1963 and 1964 [10,11], and due to the co-circulation of all four DENV (DENV1, DENV2, DENV3 and DENV4) serotypes this region has been designated as hyper-endemic [12]. Several dengue episodes hit Kolkata from time to time [13,14], while reports of dengue hits have currently been available from previously unaffected rural of West Bengal too [13,15,16].

Dengue cases have been detected among populations from different districts of West Bengal, including Kolkata sharing the majority (74.32%) of the cases, during 2010-2012, due to multiple DENV serotypes: DENV1, DENV3, and DENV4 [17]. Currently, reports are available on the emergence of a new antigenically distinct DENV serotype (DENV5) from Malaysian origin [18] and taking this in account Kolkata and many other parts of India, possessing all suitable niches for the virus as well as the vectors, may provide a favourable home for DENV5 too.

The extrinsic incubation period (EIP: Time span for viral incubation between the ingestion of viremic blood from the human, by a mosquito vector, and detection of DENVs in the mosquito salivary glands for transmission to a new susceptible host) might explain the transmission dynamics of DENVs, and hence the dengue-preparedness for proper management [2]. It has been shown experimentally that at temperature <18°C, DENVs are not detected in the vector’s (A. albopictus) salivary glands, while at 21°C, DENV antigens are detectable, and therefore, reports are aptly available on the decrease of EIP from 9 days (at 26°C) to 5 days (at 30°C), and 8 days to 15 days, respectively at 30.8°C and 23.4°C, suggesting the gradual increase of DEN incidences with increased temperature, peaking at ~ 32°C prior to declining at higher temperatures [2,6,7]. Watts et al. [19] demonstrated in Ae. aegypti model with DENV-2 infection the shortening of EIP from 12 days to 7 days with the increase of temperature from 30°C to 32-34°C. In dengue outbreak as well as sporadic situation, DENV infection occurs during monsoon and post-monsoon seasons in Wes Bengal, India [17], when temperature prevails within the range that facilitates the decrease of the EIP, elevating the chances of DENV transmission.

Vector control (following the principle of integrated vector management), active case surveillance (on the basis of complete health information) and vaccination programmes are required to be considered at the local and global levels, especially in dengue endemic areas, taking into account of the ‘dengue hotspots models’ [8], in order to prevent dengue outbreaks and epidemics [20], wherein awareness of personal protection from mosquito bites and good environmental health might aid the process of prevention of DENV infection and transmission. However, discovery of new serotype, such as DENV5, and the potentiality of the spread of multiple serotypes of DENVs along with their vectors might encumber effective dengue-vaccine discovery thereby causing resurrection of dengue outbreaks/epidemics, even in new geographical regions [21], and therefore, advocating the epidemiological studies with climatic distinctiveness must be the prime requirement for DENV infection control [22,23].