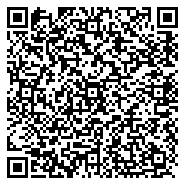 Methodology: An institutional-based cross-sectional study design used to assess prescription pattern and appropriateness of SIUP of 107 patients from May 1 to June 22, 2018. Simple random sampling technique was used to select the study participants. Statistical package for social sciences version 20 was used to compute descriptive and inferential statistics.

Conclusion: The overall adherence level was found to be half and major criteria’s were used for majority of patient which received SIUP. Strengthening of clinical pharmacist involvement in drug utilization process and adhering to the standard guidelines will reduce the burden of inappropriate SIUP use.

An estimated 4.4 million patients are admitted to intensive care units (ICUs) each year. Of these, about 12%, or 500,000 patients, die in the ICU [5]. The frequency of mucosal injury (via endoscopic studies) in critically ill patients ranges from 75% to 100% with occult bleeding occurring in roughly 5-25% [6]. However, the prevalence of Clinically Important Bleeding (CIB) due to stress ulceration in a study published in 2015 reported the frequency of CIB as 2.6% [2].

Critically ill patients are at risk as CIB develops due to stress ulceration because of physiologic stress leading to impaired mucosal defense mechanisms and mucosal ischemia. Studies showed respiratory failure, coagulopathy, greater than or equal to three coexisting diseases, liver disease, use of renal replacement, and higher organ failure as independent risk factors for CIB [7,8].

Non-adherence to guidelines for prescription of SIUP may stretch to 96.4% [20]. Inappropriate uses of SIUP may result in economic burden to the patient and Concerns have been raised about the association between non-judicious acid suppression and increased risk of bacterial infections, namely Clostridium Defile Infection (CDI) and pneumonia [21,22]. In Ethiopia, no previous studies were attempted to assess practice of of stress induce ulcer prophylaxis in hospitals. Therefore, the aim of the study was to assess prescription pattern and appropriateness of stress induce ulcer prophylaxis in Dessie Referral Hospital, northeast Ethiopia. We present the following article in accordance with the Strengthening the Reporting of Observational studies in Epidemiology reporting checklist.

Study area and period: The study was conducted in four unit of Dessie Referral Hospital (internal medicine, surgical unit, and emergency unit), from May 1-June 22, 2018. Dessie is a town in Amhara National Regional State; North East Ethiopia located 401 km from Addis Ababa. The hospital is being serving to the populations of Desire town and the surrounding population.

Study population: All Patients who were in the three department of Dessie Referral Hospital (medicine, emergency and surgery) and took SIUP or have risk factors for stress ulcer during the study period.

Inclusion and exclusion criteria: patients above 18 years old, who had risk factor for stress induce ulcer according to American Society of Health-System Pharmacists (ASHP), and who were taking SIUP were included. Patients who were less than 18 years old, patients with incomplete medical information and patients who received Acid Suppressive Therapy (AST) for treatment purposes such as gastro intestinal bleeding, gastro esophageal reflex disease, peptic ulcer disease and dyspepsia.

Sample size determination and sampling procedure: Single population proportion formula (50% prevalence, 95% confidence level, and 5% tolerable sampling error) was used to estimate the sample. Since the source population was less than 10,000 (149 chronic cases), the sample size was an adjustment with a total of 107 participants. A total of 107 patients who satisfies the inclusion criteria in study period were included in study. Simple random sampling technique was used to select the study participants.

Data collection and quality assurance: Structured data extraction format was used and the appropriateness of SUP use was evaluated against the modified ASHP guideline. To be a candidate for SIUP, a patient must have one major risk factor or two and above minor risk factor [11].

The data was collected by one nurse who had no working relation to the hospital with the supervision of the principal investigators. Pretested was done in five percent of the sample size in Dessie health center. During and after data collection, data were checked for completeness, accuracy, and consistency, and confidentiality was maintained. To reduce bias, the validated method was used. Study participants were also selected using rigorous criteria to avoid confounding.

Minor risk factor: Sepsis, ICU stay of >1 week, occult or overt bleeding for ≥ 6 days, and corticosteroid therapy (>250 mg of hydrocortisone or equivalent daily) [9].

Appropriate use: A patient is a candidate for SIUP, if he/she has one major risk factor or has two or more minor risk factors [9].

Table 1: Socio-demographic and clinical data of the study subjects (n=82).

Patient conditions, types of SIUP agents used and their indication: Omeprazole and cimetidine were the only two drugs used for SIUP during the period. From 82 patients who received SIUP, only 50 had indications. Cimetidine was prescribed for 38 (76.0%) patients and intravenous route 45 (90.0%) was the most frequent rout of administration (Table 3).

Table 4: Factors associated with inappropriate use of SIUP.

Although the indications of SUP in the ICU setting have been well defined in the medical literature, in recent years the practice of SUP has become increasingly common in general medical wards with little evidence to support this practice. The use of SIUP as an acid suppression therapy decreases mortality and morbidity rate in critically ill patients. But overuse of these medications has considerable cost burden on patients and healthcare systems that should be considered by healthcare providers [23,24]. This study was mainly aimed at assessing prescription pattern and appropriateness of stress induced ulcer prophylaxis in Desire referral hospital. In comparison with other studies, we assessed the appropriateness of SIUP based on an ASHP guideline that addresses SUP administration [8].

We found that there was a very high frequency of unnecessary use of acid-suppressive therapy in hospitalized patients. Overuse of both histamine-2 receptor antagonists (cimetidine) and proton pump inhibitors (omeprazole) was seen. In this study, from 100 study subjects, 82 received SIUP of which only 50 fulfilled the prescription criteria while 18 patients fulfill the criteria but denied SIUP which resulted with 50% overall level of adherence to ASHP guideline. This might be attributed to poor diagnosis and prescribing practice.

Among 32 patients which received SIUP inappropriately, 28 patients were on cimetidine and 30 of them were on intravenous acid suppressant therapy. This might be justified by lower price and easily accessibility of cimetidine in the hospital. Medical intern students were responsible for prescription of 63% of inappropriate SIUP and 81% of these errors were committed in the medical ward. This might be partially explained the contribution of level of the prescriber for injudicious use of SIUP [25].

Our results agreed with previous reports on the overuse of SIUP in hospitalized patients [25-31]. Its lower when compared with a report in study conducted at medical wards of University of Gondar Hospital (63.4%) [32]. But, similar rate (50%) of guideline compliance in academic hospitalists was reported in an institutional based chart review study in USA [33].

Higher rate of inappropriate use of SIUP were reported in: a prospective observational study conducted in three general medicine wards in University Malaya Medical Centre (96.4%) [20]; a hospital based prospective study in Lebanon (83%) [1]; prospective cross-section observational study conducted at a tertiary teaching hospital in Riyadh, Saudi Arabia (71%) [34]; in USA community hospital 68.5% of prescriptions were inappropriate. Most were for SUP in low-risk patients [29]. Lower rate of inappropriateness was showed in studies conducted: in Lebanon, no critically.

ill patients in a teaching service hospital received SIUP, among those who received SIUP, one-third were inappropriate [31]; a one day-observational study, reviewing patients’ medical records in Italy reported that 62.9% of patients received a PPI as a SIUP that only 29.1% of these were appropriate [35]. This difference might be due to study methods and settings where the studies conducted which can further depend on practicing academic level and the type of patient which can be served in these health settings.

In this study, being female and patients taking cimetidine are at higher risk of inappropriate use of SIUP (AOR=3.80 and 2.83) and P value=0.002 and 0.001 respectively. Being female in gender and putting patients on cimetidine acid suppressive therapy increased the risk of inappropriate SIUP use. Which correspond with findings elsewhere [25,36,37], but debated from other findings in USA and Lebanon [33,38]. Findings from studies showed significant reduction of inappropriate use of SIUP by encouraging involvement of clinical pharmacists during drug utilization process [39,40]. The limitations of the study should not be overlooked. This study was undertaken at a single teaching hospital so that the results could not be generalized to other centers. Besides, temporal relationship cannot be established. However, the present study was the representative of the whole of the population.