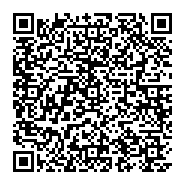 Introduction: Thyroid hormones regulate numerous metabolic processes. Therefore, any alteration in their synthesis or function has important health implications. Despite the importance of thyroid disorders, there are few studies in Colombia about the prevalence of these diseases.

Objective: To determine the prevalence of thyroid function alterations in a health care institution in Medellín-Colombia, and their distribution according to sex and age.

Methods: Cross-sectional descriptive study in a population of 5.962 subjects, using secondary information. Summary and frequency measurements were done. Associations between the variables were evaluated with chi-square and t-student´s tests, while the magnitude of the association was determined with prevalence ratios and a confidence interval of 95%.

Conclusion: The population studied had a high prevalence of alterations in TSH concentrations, being higher in women than in men. It is important that health care institutions design strategies for the control and monitoring of these alterations. Moreover, it is necessary to study thyroid profile alterations in the general population.

Thyroid gland produces, storages and secretes the hormones tetraiodothyronine (thyroxine or T4) and triiodothyronine (T3), after it is stimulated by the thyrotropin (TSH). These hormones regulate functions in different organs and numerous metabolic processes. For example, they participate in nervous system development, have a hyperglycaemic effect, favour lipolysis, increase basal metabolism, amino acid uptake and cardiac contraction [1].

Given the variable signs and symptoms of thyroid function alterations, it is necessary to measure TSH and thyroid hormones in plasma to diagnose these disorders [2]. Based on laboratory results, patients can be classified with hyperthyroidism, hypothyroidism or euthyroid. Hypothyroidism is characterized by a deficiency in thyroid´s hormone secretion, while hyperthyroidism presents an increase in the thyroid gland activity inducing an elevation of T3 and T4 hormones. Both disorders can be classified according to their origin as primary, if the condition is in the thyroid gland, or central, if the defect is in the hypophysis or in the hypothalamus. In addition, patients may suffer from subclinical hypo or hyperthyroidism, where there are no symptoms, but the concentration of TSH is altered [1,2].

It is estimated a world prevalence of thyroid alterations by 5%, more common in women than in men [4]. A study in England showed that 7.5% of women and 2.8% of men had TSH concentrations above 6 μIU/L [5]. In the National Health and Nutrition Examination Survey (NHANES) III, it was reported that 4.6% of individuals had hypothyroidism, while 1.3% had hyperthyroidism [6]. In the Framingham study, it was observed that 13.6% of women older than 60 years had TSH concentrations above 5 μIU/L [7].

A study from Chile evaluating 472 subjects attending occupational health centers, found that 1% had hypothyroidism, 5.6% subclinical hypothyroidism, and 0.2% hyperthyroidism. It was observed that frequency of thyroid alterations was 2 times greater in women compared to men [8]. A prevalence of hypothyroidism by 0.84% was found in a population from Spain, after evaluating thyroid hormone prescription [9]. It is important to mention that most studies reporting the prevalence of thyroid alterations in Latin America and Spain, were interested in determining the relationship between thyroid disorders and other diseases, especially, psychiatric diseases [10-12].

In Colombia, a study with 807 ambulatory patients from Bogotá city found a prevalence of TSH < 4 μIU/L of 4.95% and in the range of >4 μIU/L and < 10 μIU/L of 24.4%. Although this study showed a high prevalence of thyroid dysfunctions, most of the population analysed in this study was older than 50 years.

Therefore, these data are not representative of the prevalence of thyroid alterations in the general population of Colombia [13]. In another city of Colombia, Armenia, a crosssectional study evaluating 437 patients reported a prevalence of TSH concentration alterations of 20.6%, from which 18.5% corresponded to hypothyroidism. The average age of patients was 51 years and only four men participated in the study, limiting the degree of generalization to other populations of the country [14].

Despite the importance of alterations in thyroid function and their high frequency in the studied populations, after literature search there were not found publications about the prevalence of these diseases in the city of Medellín-Colombia. Then, the importance of studies aimed to estimate the health care needs and the orientation of public health interventions focused in reducing their morbidity. Therefore, the objective of this study was to determine the prevalence of thyroid dysfunctions in a health care institution from Medellín- Colombia and its distribution by sex and age groups.

5.962 individuals screened with results of TSH, free T3 and/or free T4 from a third-level health care institution of Medellin, of any sex and age, residents from Medellin, and with clinical suspicion of alterations in thyroid function were included. Ninety-six reports with incomplete or illogical information for TSH were excluded.

Measurements of TSH, free T4 and free T3 hormones were done in the automated system ADVIA Centaur CP (SiemensÃƒ. For the determination of TSH, a third-generation immune assay with a sensibility of 0.008 mIU/L and a linearity limit of 150 mIU/L was used. Free T4 and T3 concentrations were determined using competitive immune assays. The assay for the quantification of free T4 had an analytical sensibility of 0,1 ng/dL and a linearity limit of 12 ng/dL.

For the classification of thyroid alterations, biological reference intervals (BRI) published in the Laboratory Medicine Practice Guidelines: Laboratory Support for the Diagnosis and Monitoring of Thyroid Disease [15]. In addition, an algorithm for the diagnostic interpretation of the thyroid values was used:

2. Primary hypothyroidism when elevated TSH and reduced T4 were found.

4. Subclinical hyperthyroidism with decreased TSH and normal T3 and T4.

5. Central hypothyroidism with reduced TSH and T3 and T4 decreased, and

Variables such as age, sex and age group were described by summary measures and frequency, respectively. The general prevalence of thyroid disorders and specific prevalences according to sex and age group were estimated with their respective confidence intervals of 95%. The association with sex was explored with Chi square test of Pearson (for nominal data); with age group, it was used Chi square of linear tendency (for ordinal data), and with age, the student´s t test was used for independent samples. The magnitude of association was determined with prevalence ratios and their confidence intervals of 95%. Analysis were done in SPSS 24 with significance of 0.05.

The Helsinki Declaration criteria and the Resolution 8430 from the Colombian Ministry of Health 1993 were met. The study corresponded to a research without risk. Confidentiality of data was guarantee by excluding personal identification data of patients.

From the population of 5.962 subjects, 24.5% showed altered TSH values (19.0% with high TSH levels). In 1.069 subjects there was no information about T3 and/or T4; therefore, the prevalence of alterations was estimated in 4.893 patients, from which, 8.0% presented an alteration, being the subclinical hypothyroidism the most prevalent with 5.9% (CI95% = 5.2-6.6) and the central hyperthyroidism and primary hypothyroidism those of lower prevalence (Table 1).

Table 1 Percentage distribution of the studied population according to sex and age group, and prevalence of thyroid disorders.

Table 2: Specific prevalence of TSH alterations according to age group and sex.

In the analyses of subclinical hyper- and hypothyroidism, and primary hyperthyroidism, 417 subjects between 1-20 years were included, 995 between 21-44 years, 1.634 in the group of 45-64 years, 1.842 older than 64 years, 3.515 women and 1.373 men. The prevalence of these three types of alteration did not present association with age group in this population, but there were statistically significant differences with the sex. Thus, the prevalence of subclinical hyperthyroidism was 2.1 times higher in women compared to men; and the primary hyperthyroidism was 3 times greater in women (Table 3).

The prevalence of alterations of TSH levels was 24.5%, where 19% of individuals showed a TSH level higher than 4 mIU/L and the 5.5% presented TSH values lower than 0.4 mIU/L. These results are similar to those obtained in a study evaluating 437 people from Armenia city (Colombia), where 18.5% of the population had high TSH levels and 2.1% had reduced [14]. However, a study performed in 807 people from Bogotá city (Colombia) found a prevalence even higher for TSH level alterations, 24.4% of people presented high levels of TSH, while 4.95% presented diminished values of this hormone [13]. In other study done in people with HIV from the same city reported 15.7% of individuals had elevated values of TSH [17]. It is important to note that studies made until now in Colombia show a high prevalence of TSH level alterations compared to other studies done in other countries, where the prevalence of these alterations is about 5%, which reveals their epidemiological and clinical relevance [4-6,8].

The prevalence of TSH alterations showed a statistical association with age group and sex. TSH concentrations were higher in women, which agrees with other studies done in Colombia and other countries [5,8,13]. Nevertheless, it draws attention that TSH levels were ststistically higher in children and adolescents, given that several studies report high TSH levels in individuals older than 50 years [4]. This can be explained by two reasons; first, the hypothalamus-hypophysis axis in children suffers a progressive maturation, lowering the relationship TSH/T4 from the middle of gestation to the end of puberty, consequently, the concentrations of TSH could be higher in children and adolescents [15]. The second reason is that most of studies about prevalence of thyroid diseases are done in adult population, in fact, in some investigations only individuals over the age of 18 years are included [13].

The prevalence of alterations in TSH levels reported by this study and other studies done in Colombia, could be attributed to the selected population. For example, a population with clinical suspicion of thyroid alterations was included, which hampers the generalization of these results to asymptomatic or healthy populations [13,14,17]. Hence, the need of studies where the bias in the selection of individuals is avoided, allowing to establish the prevalence of alterations in the thyroid profile in the general population of the city of Medellin-Colombia.

In this study, a prevalence of subclinical hypothyroidism of 5.9% was observed in this population. This agrees with other studies from Latin America and The United States [4,8]. It has been reported the prevalence of subclinical hypothyroidism is higher in women and it increases with aging [4]. However, no statistically significant differences were found according to sex and the age group in this study. Nevertheless, other researchers from Chile and Spain have reported similar results regarding the age group variable [8,18].

The informed prevalence’s for the other alterations in thyroid profile were similar to the reported by other studies around the world [6,19,20]. In the case of subclinical hyperthyroidism, a prevalence of 1.3% was found, being 2,1 times more prevalent in women than in men. This prevalence was higher than the reported by the NHANES III study from The United States (0.7%) [6]. A compilation of prevalence studies conducted in Europe found a proportion of subclinical hyperthyroidism of 2.91%, which is greater than the corresponding results reported in this study [20].

To confirm the ethology of these thyroid diseases, it is necessary to evaluate other laboratory exams, such as the detection of auto-antibodies and the stimulation with thyrotropin releasing hormone (TRH). Similarly, the prevalence of these alterations might vary depending on iodine ingestion; in fact, the frequency of hypothyroidism increases in areas with iodine deficiency [1,4]. Until now, there are no studies evaluating auto-antibodies, nor the iodine ingestion in the population of Medellin-Colombia.

There are some limitations for this study, the temporal bias of the cross-over studies, the limitations of the repositories of the health information systems in Colombia that do not allow exploration of associations by other relevant clinical variables that are not generally included in the records of the health institutions. In addition, the fragmentation of the clinical laboratory information and other sections of the patient´s clinical chart, which prevented the collection of other variables related with underlying ethology as aspects auto-immune, Iodine deficiency, drug consumption and genetic background.

In conclusion, the studied population has a high prevalence of TSH level alterations, where 19% presented an increase in the levels of this hormone, being more prevalent in women than in men. These results evidence thyroid dysfunction in this population, hence it is suggested the creation of strategies from the assistance area for the control and monitoring of these alterations. Additionally, there is a need for population studies to determine whether the high prevalence of these alterations observed in ambulatory or institutionalized patients, or those with clinical suspicion or with access to health services, is also present in the general population.

To the Laboratory of Teaching, Clinical and Research of the School of Microbiology, University of Antioquia, for the contribution of the data.