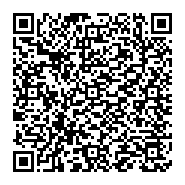 This Editorial presents the position that, in the decade ahead, translational biomedicine will continue to play a premier role in the advancement of patient-centered, evidence-based and effectiveness-focused interventions for ARV-treated HIV/AIDS patients who exhibit IRIS. A well- articulated translational research-effectiveness program in biomedicine is timely and critical not only to develop and obtain better biomarkers of IRIS to understand the physio-pathology of this condition more fully, but also to improve efficient dissemination for increased health literacy of all stakeholders.

The Morbity and Mortality Weekly Report of the Center for Disease Control first reported (June 3, 1981) that five men in Los Angeles had been identified by Michael S. Gottlieb MD and his team with a rare form of pneumonia, which was characteristic of patients with a of weakened immune system [1,2]. The patients would eventually die of what became known a year later as the Acquired Immune Deficiency Syndrome (AIDS). This spectrum of conditions was eventually (1983) found, by Gallo's group [3] and Montagnier's group [4] independently, to be consequential to infection by the human immunodeficiency virus (HIV). Since its first report, AIDS has killed close to 50 million women, men, children and elderly world-wide. HIV and its sub-types are believed by most (although the issue is not settled and remains a "vexata questio") to have originated in non-human primates on the African continent [5] centuries ago, and to have "jumped species" in the early/mid 20th century, perhaps as a side-product of colonialism (e.g., bushmeat consumption). What remains unclear is why all epidemic HIV groups emerged in human societies nearly simultaneously in the 20th century, despite very old human exposure to the simian form of HIV. Case/patient "zero" on the American continents seem to have been a Canadian man in the mid/late 1970's (Canadian airline steward named Gaëtan Dugas, who presented aggressive Kaposi sarcoma in the early 1980’s), although it is argued that HIV had spread on the American continent long before.

HIV/AIDS is recognized today as a spectrum of conditions caused by infection with the lentivirus HIV of the family of Retroviridae. HIV is tropic to a subpopulation of actively dividing cells in the human immune system, which are characterized by the cluster of differentiation #4 (CD4) and the α- chemokine receptor, CXCR4. HIV’s that use only the CCR5 receptor are termed R5; those that use only CXCR4 are termed X4, and those that use both, X4R5. People with the CCR5-Δ32 mutation are resistant to infection with R5 virus, as the mutation hampers HIV binding to its co-receptor and blunts infectivity. HIV-tropic cells include primarily the predominant group of T cells (CD4+high T cells), as well as some macrophages and dendritic cells, which are typically CD4+low. HIV kills CD4+ cells by a number of mechanisms, including apoptosis of uninfected bystander cells, direct viral killing of infected cells, and killing of infected CD4+ T cells by CD8 cytotoxic lymphocytes that recognize infected cells. When CD4+ T cell numbers decline below a critical level, cell-mediated immunity is compromised, and the body becomes progressively more susceptible to opportunistic infections, including aggressive cancers (e.g., extensive fast-growing Kaposi sarcoma, Hodgkin’s and non-Hodgkin’s lymphomas, leukemias), oral and generalized mucosal pathologies (e.g., hairy leukoplakia), aggressive bacterial infections (e.g., pneumocystis pneumonia), severe weight loss (i.e., cachexia), infection of the central nervous system leading to Neuro-AIDS, and the like [6-8].

Great progress has been made in our understanding of HIV/ AIDS disease, and its treatment that is generally directed either at blocking the virus (i.e., anti-retroviral, ARV) or reconstituting the immune system, or both jointly. The goal of ARV therapy in immune-compromised HIV-infected individuals, as first conceived over a decade ago [9], indeed was immune reconstitution.

Nonetheless, concerning serious side effects have been observed in 35-45% of ARV-treated HIV/AIDS patients, who develop a separate set of symptoms due to generalized uncontrolled inflammation, a condition now referred to as the Immune Reconstitution Inflammatory Syndrome (IRIS). IRIS, also known as immune restoration disease, is pathogen-specific inflammatory response in HIV-infected patients that may be triggered after either initiation or re-initiation of ARV therapy, or a protocol change to a more active ARV therapy. IRIS research is today's new frontier in solving HIV/AIDS.

The development of IRIS can be prevented by starting ARV treatment early and before the CD4+ T cell count drops below 100 cells/μL, or (and) by delaying ARV for 4-8 weeks until any coexisting infection resolves. However, this could be an unethical gamble, which could violate the concept of equipoise, since delaying ARV may place patients at greater risks of progression of AIDS pathologies, which may decrease quality of life and endanger the patient’s life. By contrast, wanton initiation of ARV may precipitate patients into IRIS episodes, which can include severe irreversible cytomegalovirus-induced liver failure or retinitis, mycobacterium infection, fungi, virus, and aggressive recurrence of HIV/AIDS cancers (e.g., widespread fast growing Kaposi sarcoma). IRIS involves as well re-emergence of oral manifestations, such as recurrent aphthous stomatitis (RAS), hairy leukoplakia and oral Kaposi, and involve other sequestrated sites, such as the bones. In brief, IRIS leads to a plethora of immune pathologies as early as within 4-8 weeks after initiation of ARV therapy [10-14].

IRIS is also characterized by an increase in CD4 cell count as well as a rapid decrease in viral load. Although most cases of IRIS occur in patients who have low CD4 counts and high viral load levels at the time ARV therapy is initiated, IRIS can occur at any CD4 count.

Minor IRIS presentations may simply require the clinicians to reassure patients that these symptoms indicate beneficial immune reconstitution and will resolve with standard treatment to alleviate inflammation (e.g., nonsteroidal anti-inflammatory agents, drainage of abscesses, excision of painful lymph nodes). Severe IRIS, which can also include CNS-IRIS [15], may threaten a patient’s overall functional status by causing permanent disability or even death. ARV may have to be stopped until the IRIS flare-ups are controlled with high dose prednisone and antibiotics, since IRIS is generally self- limiting and only symptomatic treatment is needed, including treating IRIS infection. ARV should be reinstated as soon as possible, lest the scenario be harmful to the patient and life-threatening [10-15].

Psychoneuroimmunology in HIV/AIDS, and IRIS

To be clear, the role of psychoneuroimmunology in IRIS is putative and hypothetical at this stage, but the supporting lines of evidence are compelling. The very fact that about one third of the ARV-treated patients develop IRS is suggestive of certain shared features of immune deregulation among a fairly large cohort of HIV/AIDS patients. The observation that one among the primary features of IRIS is aggressive RAS is indicative that the perception of psycho-emotional stress may play an important role in the IRIS process because the causative factor of stress and anxiety in the onset of RAS and other oral lesions is well documented [19]. Indeed, stress and anxiety have seriously harmful outcomes to the oral cavity, including potentially severe damage to the temporomandibular joint, which can be even more significant in HIV/AIDS patients [18,20].

Future research in the biomedical complexities of IRIS must elucidate not only the immunopathogenesis of the syndrome, but also its psychoneuroendocrine interdepence – data seem to suggest a slight preponderance of pre-menopausal HIV/AIDS women developing IRIS compared to age-matched men, which aligns with the evidence of sex disparities in cellular immunity [21]. To be clear, future IRIS research must as well consider the relevance of mind-body therapies to control and contain inflammatory flare-ups, such as mindfulness meditation [22] and others motivational (e.g., motivational interviewing) and stressreduction interventions. Research synthesis and systematic reviews to date support the hypothesis that well-targeted mindbody therapies are effective in reducing markers of inflammation and influence virus-specific immune responses [23].

In conclusion, translational biomedicine must continue to play a premier role in the advancement of patient-centered, evidence-based and effectiveness-focused interventions for ARV-treated HIV/AIDS patients who exhibit IRIS. New progress awaits us for improved understanding of how inflammatory flare-ups occur in IRIS, to what extent they might be related with psychological states of anxiety, and consequentially mediated by psychoneuroendocrine processes, and in turn modulate secondary diseases, including osteo-pathologies of the temporomandibular joint. A well-articulated translational research-effectiveness program in biomedicine is timely and critical not only to develop and obtain better biomarkers of IRIS to understand the physio-pathology of this condition fully, but also to ensure increased health literacy among patients [25], caregivers and all stakeholders [26] through powerful and efficient dissemination [27].

The author thanks the Evidence-Based Decisions Active Groups of Stakeholders (EBD-AGS) of the EBD-Practice-Based Research Network (ebd-pbrn.org), and the students and colleagues of the EBD Study Group, including and in particular Dr. Olivia Cajulis for edifying discussion about clinical dentistry, and ambulatory general dentistry care. Funded in part by UCLA Senate grants and Fulbright Specialist grant (5077) to FC.