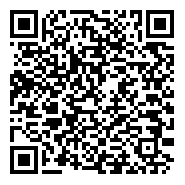 Copyright: © 2018 Patra S. This is an open-access article distributed under the terms of the Creative Commons Attribution License, which permits unrestricted use, distribution, and reproduction in any medium, provided the original author and source are credited.

In a nutshell, infectious diseases kill people. History has recorded massive deaths with the occurrence of the Bubonic plague of the 14th century and Tuberculosis in the mid-19th century. Other epidemics worth mentioning are smallpox, cholera, measles, polio and typhoid which also left an indelible mark in their wake. Today we can refer to HIV/AIDS of the early 1980’s, SARS in 2002 which was traced back to China, Ebola virus (1976) in Zaire and Sudan [1]. Influenza and Viral Hepatitis has also made names from themselves. Public health has been able to eradicate some of these diseases while others were brought under control by informing the public to become more vigilant about personal hygiene, (eg) frequent washing of the hands, coughing in their sleeves, immunization, proper sewage disposal and purifying drinking water.

It is true that chronic diseases have become more prevalent in many countries but they are not infectious. Most of these diseases are lifestyle related, driven primarily by the choices we make. People are constantly adopting unhealthy habits, whether intentionally or not, that may eventually lead to coronary artery disease, ischemic stroke, diabetes, obesity, and some cancers. Some of the contributors are tobacco and junk food with decreased physical activity. Physical activity, in general, appears to be declining and is attributable to 12% of type 2 diabetes and 22% of coronary heart disease [2].

As reported by earlier, the U.S. Department of Health and Human Services set a goal to eradicate measles from this country by 1982 but in 1990 more than 27,000 American children contracted this disease and 89 died [3]. Although a vaccine became available in 1963 and the incidence of measles was under control to the point of eradication, the 1990 outbreak in the U.S. and the 2000 worldwide outbreak caused public health to rethink the immunization process. Investigators learned that many of the infected children were previously vaccinated as babies and concluded that booster shots were necessary since the original doses had worn off. On the other hand, many children were not vaccinated until it was time for them to attend a school which may have been too late in most cases. Another example is Influenza commonly known as the flu. Each year, the public is advised to get flu shots as investigators try to stay one step ahead by predicting what the next flu strain might be. This disease changes yearly and in order to identify potential epidemics early, global surveillance is absolutely necessary. In both cases, recommendations by public health were treated too casually by the public leading to multiple deaths and prolonging of the diseases in question.

Human Genome project established facts of the history and genomic development of infectious diseases [4]. During the year 1995, complete organism genome of pneumonia-causing bacteria, Haemophilus influenza was sequenced became a hallmark in the understanding the development of genome of a free-living organism. Later in the year 2002, the genome of malaria parasites and the major mosquito vector was sequenced [5], provided insight of the complex life cycle including both vertebrates and invertebrates in spite difficulties to maintain in the laboratory. Most of genome and sequencing studies were focused on the organism which is directly or indirectly causing disease. According to estimation, the colony prokaryotic and eukaryotic microorganism present in the human body is 10 times higher than the number of human cells. Hence “the second human genome project” was suggested sequencing human microbiome, evaluating the microbial flora in normal individuals. NIH initiated “Human Microbiome Project” (HMP) to study samples from multiple sites of the human body to evaluate the association of microbiome and several medical conditions.

It is also very important to understand the infectiousness of chronic diseases. As behavior risk factors are associated with many chronic diseases, though the disease may not be communicable their behavioral risk factors. These factors include addiction of alcohol, smoking, non-nutritious eating habits and poor physical activity, which could be transferred from one population to other.

There is an interaction between infectious and chronic diseases, such as seasonal influenza a common infectious disease is known to increase the hospital admission, and in some instances, it can lead to severe illness in patients with the circulatory and respiratory disease.

Historically distinct dissimilar approaches are being employed towards the chronic and infectious diseases because of their divergent aetiologies, however, it is observed that there are shared determinants of these health conditions. Factors such as housing and socioeconomic status impact the prevalence of both chronic and infectious diseases, furthermore, the socioeconomic inequalities and their associated risk factors have been observed in different population-based studies. Age also plays an imperative role in chronic diseases with the development of risk factors, some risk factors develop early in life but in general, the highest development is seen at the oldest age.

One of the leading causes of hospitalization across worldwide is a systemic inflammatory response to infection, also known as sepsis. This condition can become severe when sepsis is accompanied by dysfunction of a major organ. It is observed that individuals with poor health are more disposed to sepsis, and it was also reported that a single occurrence of sepsis may lead to worse chronic health, indicating a bidirectional relationship between sepsis and chronic health [6].

The immune system may be destabilized and weaken with prolonged infection and if it is associated with malnutrition in any patient, it is more likely that the patient will develop chronic disease. Compared with a healthy individual, if a patient with a chronic disease like cardiovascular disease or diabetes and the immune system of the patient is compromised is more likely disposed of infection. Health regulating bodies are focusing on this double burden; this is more alarming in the region of socially and economically disadvantaged communities.