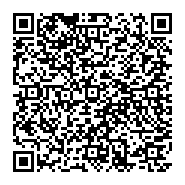 Recurrent Small Bowel Obstruction in a Virgin Abdomen: A Rare Sight and Review of Current Practices

Practices are shifting towards non-operative management of small bowel obstruction in the virgin abdomen. In this case, we discuss the clinical reasoning in context of the evolving literature for management of this uncommon general surgical presentation. A 54-year-old male presented with recurrent episodes of small bowel obstruction without previous history of abdominal surgery that was managed non-operatively. On his third hospital presentation, he underwent an exploratory laparotomy which revealed extensive small bowel adhesions of an unusual appearance. This highlights the importance of tailored treatment in the era of modern medicine.

Modern day literature has challenged the traditional practice of performing a mandatory laparotomy in the management of small bowel obstruction (SBO) in a patient without previous abdominal surgery (virgin abdomen). As benign causes and negative findings on surgical exploration have been more prevalent, trials of non-operative management have been justified and successful in more recent practice [1-4]. We present a case of recurrent small bowel obstruction in a virgin abdomen with interesting intraoperative findings, and review how evolutions in literature may influence contemporary practices.

Given a good clinical and biochemical response to initial resuscitative measures, he was managed non-operatively with fasting, nasogastric tube decompression, and Gastrografin challenge. He opened his bowels on day two of admission with subsequent diet progression, resolution of AKI and discharge from hospital. He re-presented to hospital three months later with the same diagnosis and resolution of obstruction after two days of non-operative management. Recurrent presentations were suspected to be related to clozapine side effects of gastrointestinal hypomotility, and the psychiatry team were consulted regarding anti-psychotic medication optimization.

On his third presentation one month later with the same clinical picture, he underwent an exploratory laparoscopy converted to laparotomy which revealed extensive unusual dense ileal inter-loop and omental adhesions (Figure 1). After a two-hour adhesiolysis was performed, the entire length of bowel was healthy and all other intra-abdominal organs were unremarkable. The umbilical hernia was repaired by primary closure in the same procedure. His post-operative recovery was complicated by ileus which resolved with non-operative management, and since has remained well without further recurrence at almost 12 months post-operation.

Adhesions are the most common cause for SBO in the virgin abdomen in the developed world, which is comparable to that of SBOs in patients with previous abdominal surgery [1]. Causes such as internal hernia, underlying occult malignancy, Meckel’s diverticulum and gallstone ileus are less common, and rationalization of performing laparotomies with high rates of negative findings has occurred in recent decades [2]. Practices have therefore now shifted towards non-operative management in selected patients [3,4]. In this discussion we have excluded SBOs secondary to incarcerated or strangulated external hernias, inflammatory bowel disease or known malignancy.

Non-operative management of virgin abdomen SBOs is now considered safe in patients without clinical concern for compromised bowel, such as ischaemia, strangulation, perforation, peritonitis or sepsis, or aetiologies that are unlikely to resolve without surgical intervention [5]. Management involves the principles of bowel rest by fasting, decompression by nasogastric tube, electrolyte optimization and frequent serial clinical re-assessment. The use of watersoluble contrast agents, such as Gastrografin, has also become a standard component of SBO non-operative management and has been shown to be effective in patients with virgin abdomens [6,7]. Upon discharge, patients considered high risk for malignancy are offered follow-up with endoscopy or magnetic resonance enterography [2,3].

Studies that have looked at recurrence rates of initially nonoperatively managed SBOs in patients with virgin abdomens found that recurrence was low (4.9%, 9 out of 185 patients combined). Of those who did re-present with SBOs, the majority (7 out of 9) resolved again with brief non-operative management. The two patients who needed operative intervention on re-presentation were found to have a phytobezoar and a focal chronic mucosal small bowel stricture respectively [2,4]. Our case is the first of virgin abdomen SBO that has failed to resolve with non-operative management secondary to adhesions.

In light of emerging evidence favouring non-operative management of virgin abdomen SBOs, it is therefore important to tailor practices towards each individual patient and consider operative intervention for those who re-present with the same pathology.