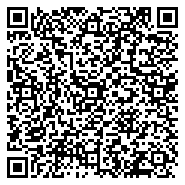 Silent brain infarcts (SBIs) are cerebral infarcts seen on brain computed tomography (CT) or magnetic resonance imaging (MRI) in the absence of any clinical symptoms of stroke. In a previous study, cilostazol was shown to prevent the appearance or progression of SBIs. The present study aimed to evaluate the possible mechanisms of cilostazol in its beneficial effects on patients with SBIs by serially measuring inflammation- and angiogenesisassociated biomarkers such as matrix metalloproteinase-9 (MMP-9), macrophage migration inhibitory factor(MIF), visceral fat–derived adipokine (visfatin), C-X-C motif ligand 12 (CXCL12), and vascular endothelial growth factor (VEGF). We consecutively enrolled 26 patients with SBIs. SBIs were interpreted by two neuroradiologists and two neurologists. MMP-9, MIF, visfatin, CXCL12, and VEGF were measured in fasting blood samples from these 26 patients and 10 healthy volunteers at baseline and after taking cilostazol (200 mg/day) for one week and for 3 months. Serum MMP-9 was higher in patients with SBIs than in healthy controls at baseline (p<0.05), and levels of MMP-9 and MIF decreased after taking cilostazol for 3 months (p<0.01). MMP-9 levels were also lower at 1 week in the cilostazol group (p<0.05). Cilostazol had no significant effect on the other inflammatory biomarkers such as visfatin, CXCL12 and VEGF. Cilostazol decreases the inflammatory biomarkers MMP-9 and MIF in patients with SBIs and it may contribute to its beneficial effects in these patients.

Silent brain infarcts (SBIs) are used to describe cerebral infarcts seen on brain computed tomography (CT) or magnetic resonance imaging (MRI) without any corresponding stroke episode [1-3]. It has been reported that the prevalence of SBIs ranges from 8% to 28% in population-based studies and that old age and hypertension are the most widely accepted risk factors for SBIs [3]. The presence of SBIs increases the risk of subsequent stroke two- to four-fold in the general population, independent of cardiovascular risk factors. The results of the Rotterdam Scan Study showed that the presence of SBIs more than doubles the risk of dementia [4-7]. Because of the clinical importance of these lesions, researchers have examined the effectiveness of antithrombotic agents in arresting the appearance or progression of SBIs in patients with diabetes or non-valvular atrial fibrillation [8-10]. In 2014, the revised AHA/ASA guideline identified silent infarction as an important and emerging issue in secondary stroke prevention [11].

Although the cause of SBIs is not fully understood, inflammation might play an important role in their development and progression as it does in acute symptomatic stroke. Several kinds of biomarkers are involved in the pathophysiology of acute infraction. For example, increased levels of active matrix metalloproteinase-9 (MMP-9) has been reported to be associated with deterioration following an initial acute lacunar stroke [12]; macrophage migration inhibitory factor (MIF) is up-regulated in the brain after cerebral ischemia and is involved in neuroinflammation [13,14]; visceral fat–derived adipokine (visfatin) is also up-regulated after cerebral ischemia and is implicated in the atherosclerotic process [15,16]; chemokine C-X-C motif ligand 12 (CXCL12) is increased in the penumbra after acute stroke and thought to be a key regulator in repair of strokes [17,18]; and vascular endothelial growth factor (VEGF) is crucially involved in neurovascular remodeling especially in the acute ischemic brain [19,20].

In the present study, therefore, we measured a number of such inflammation- and angiogenesis-associated biomarkers after treatment for various times with cilostazol to see whether cilostazol also has beneficial effects in patients with SBIs.

This observational study was approved by the Institutional Review Board of Hanyang University Guri Hospital and was performed in the Department of Neurology. Written informed consent was obtained from each patient before entry into the study. We included patients aged from 18 to 80 years registered at the Hanyang University Guri Hospital Stroke Registry between January 2012 and July 2012 and who visited the outpatient department. A total of 251 patients who had SBIs on brain MRI were recruited.

Several exclusion criteria were applied to these 251 patients: (1) a history of stroke-like symptoms; (2) signal changes on brain MRI suggestive of an acute stage of infarction or of any stage of hemorrhage; (3) any disease that might influence inflammatory markers (rheumatoid arthritis, inflammatory bowel disease, psoriasis, sepsis, asthma, tuberculosis, glomerulonephritis, atopic dermatitis, systemic sclerosis, multiple sclerosis) [15,16,25]; and (4) recent changes in medication regimen within the last 3 months that might influence inflammatory markers (non-steroidal anti-inflammatory drugs, aspirin, and anti-hypertensive agents).

Of the 225 patients included in the registry, 187 were excluded because of stroke-like symptoms or signal changes on brain MRI suggestive of an acute stage of infarction or some stage of hemorrhage. In addition, 8 patients were excluded because of underlying disease and 4 on account of medication taken within 3 months of enrollment. Finally, 26 patients were selected for a cilostazol group (200 mg/day). A control group was also included that consisted of age and sex-matched healthy individuals without SBIs recruited from Hanyang University Guri Hospital and no vascular risk factors or history of brain vascular incidents.

All brain imaging studies were originally interpreted by neuroradiologists. We defined an SBI as a focal hyperintensity on T2-weighted images, 3~15 mm in size, and a hypointensity on T1-weighted images with a hyperintense rim on fluid attenuated inversion recovery images, as described previously [2,3,26,27]. Blood samples were collected at baseline, and after 1 week and 3 months, and stored at -80°C. The biomarkers MMP-9, MIF, visfatin, CXCL12, and VEGF were assessed with commercially available quantitative sandwich ELISA kits, following the manufacturer’s instructions (R&D system, Minneapolis, MN, USA).

The χ2 test or Fisher's exact test was used to analyze intergroup differences of categorical data. Data that did not show a normal distribution were expressed by their median and interquartile range values and compared by the Mann-Whitney test. Comparisons of inflammatory biomarkers within groups were made with the Friedman and Wilcoxon signed-rank tests. The statistical software SPSS (IBM SPSS Statistics for Windows Version 21.0; IBM Corp., Armonk, NY, USA) was used for the analyses. A p-value of <0.05 was considered significant. 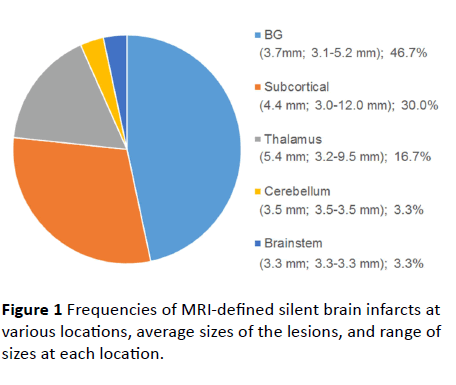 Figure 1 Frequencies of MRI-defined silent brain infarcts at various locations, average sizes of the lesions, and range of sizes at each location.

Changes in biomarkers after treatment In the current study, we investigated 36 subjects (26 patients with SBIs and 10 controls) and 30 SBIs. Among the various inflammation- and angiogenesis-associated markers, only MMP-9 at baseline was higher in the subjects with SBIs than in the normal controls. After taking cilostazol, levels of MMP-9 and MIF were significantly reduced at 1 week and 3 months.

The cause of SBIs is not fully understood. However, mechanisms leading to lacunar stroke, including lipohyalinotic and arteriosclerotic changes, are also considered major causes of SBIs because some of the characteristics of SBIs, such as size, location, and correlation with hypertension, resemble those of lacunar infarction [3]. Various biomarkers including MMP-9, MIF, CXCL12, visfatin, and VEGF have been reported to be up-regulated after cerebral infarction [18,20,28-30]. MMP-9 is implicated in early neurologic deterioration after ischemic stroke and plays a major role in remodeling and recovery following the hyperacute stage of ischemic stroke [31,32]. Hence, it may also be a meaningful marker for SBIs. This hypothesis is supported by our finding that MMP-9 levels in subjects with SBIs were higher than in healthy controls.

In the CSZ3m (cilostazol for 3 months) group, MMP-9 and MIF declined markedly from baseline levels. On the basis of these results, it appears that cilostazol has beneficial effects, which is in agreement with previous studies [21,23,24,33,34], through reducing MMP-9 and MIF. Invasion of monocytes in the matrix of the intima depends on cleavage of the extracellular matrix by proteinases such as MMP-9, which is the most prevalent form of MMPs expressed by monocyte-macrophages. In a previous experimental study, cilostazol was shown to inhibit the invasive ability of monocytes upon differentiation toward macrophages. Inhibition of monocyte infiltration reduces recruitment of macrophages, and reduced numbers of activated macrophages results in decreased amounts of growth factor secreted [35]. In the present study, cilostazol decreased MMP-9 and MIF levels, and these findings may partly explain that cilostazol could inhibit monocyte-macrophage-induced inflammatory processes.

In addition, we found that long-term treatment with cilostazol reduced MMP-9 to normal levels. In light of a previous animal study showing that treatment with an MMP inhibitor, FN-439, 7 days after a stroke suppresses neurovascular remodeling, increases ischemic brain injury, and impairs functional recovery at 14 days, a large reduction in MMP-9 may be harmful [36]. We found a significant difference in MMP-9 levels between the CSZ1w group and healthy controls but not between the CSZ3m group and healthy controls. This means that the MMP-9-lowering effect of cilostazol is modest, and treatment with it can reduce MMP-9 to normal levels. Many investigators have suggested that up-regulation of MMP-9 after acute stroke increases infarct volume and contributes to BBB breakdown and that MMP-9 plays a major role in neurovascular injury during the acute phase and in neurovascular remodeling during the chronic phase [37-39] Our finding that MMP-9 is up-regulated in subjects with SBIs at baseline and that normal levels are re-established by cilostazol treatment suggests that subjects with SBIs are stroke-prone and that cilostazol is a safe and protective treatment for them.

There are some limitations to this study. First of all, this study was an observational study but not a randomized control study and our results were obtained from relatively small number of patients. Therefore, we could not think the results are confirmative. Nevertheless, we could suggest our results support strong tendencies about the beneficial effects of cilostazol on SBIs including anti-inflammatory effect. The second concerns MMP-9 itself; regulation of MMP-9 is complex, and its clinical effects in the different phases of stroke are far from being completely understood. Third, although we took histories diligently, and routinely performed chest X-rays, electrocardiography, and dyslipidemia, our workup may have been insufficient to rule out other causes of the SBIs, such as underlying heart disease or atherosclerosis. Also, subjects with SBIs are not strictly ‘patients with stroke’; therefore, exhaustive workups such as echocardiography, neck vessel angiography, etc. could not be justified and these patients could not be fully differentiated. The forth limitation is that the pathophysiology of SBIs is not completely understood. The last limitation is that, because this study was an observational study using serum from patients with SBIs but not an experimental one, we cannot explain the exact reason why cilostazol showed different effects on diverse inflammatory biomarkers; for example, it reduced MMP-9 and MIF but no other biomarkers.

In conclusion, we found that the level of the inflammatory marker MMP-9 was elevated in patients with SBIs, adding evidence for a link between inflammation and SBIs. The beneficial effects of cilostazol in the acute and chronic phases were also demonstrated. Future studies are needed to clarify the risk-benefit profiles of cilostazol treatment for stroke.

All authors declare that we have no conflict of interest.

All procedures performed in studies involving human participants were in accordance with the ethical standards of the institutional and/or national research committee and with the 1964 Helsinki declaration and its later amendments or comparable ethical standards.

Informed consent was obtained from all individual participants included in the study.