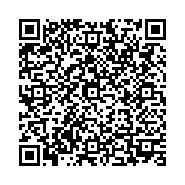 Major depression is the most common psychiatric disorder described, being a highly disabling disorder with a high prevalence in ocident and has a huge social and economic impact. With several effective treatments to combat depression, whether with drugs, with evidencebased psychotherapy or its association, most of these depressed patients or not outweigh the disease or reach partial improvement. This group is classified as depression resistant to treatment (TRD). Transcranial magnetic stimulation (TMS) is effective alternatives for nonresponsive cases. It is a brain intervention that modulates the activity of cortical areas and neural circuits associated with induction of non-invasive intracerebral current and its most common use is high frequency stimulation in the dorsal region of the left lateral prefrontal cortex (DLPFC). Several single-center, controlled studies TMS studies were made and in most cases, been proven antidepressant properties of TMS, despite certain recommendations for greater safety and efficacy in the treatment of depression.

Major depression is the most common of all psychiatric disorders [1,2]. It is a highly prevalent and disabling condition associated with significant morbidity and mortality [3]. While depression can be effectively treated in majority of patients by either medication or some form of evidence-based psychotherapy [2,4], up to 20% of patients fail to respond to standard interventions [2,5,6]. After acute-phase pharmacotherapy, psychotherapy, or both, most depressed patients either do not improve or achieve only partial symptomatic improvement [7-12]. This group is considered to have treatment-resistant depression (TRD) [3].

The lack of sufficient treatment response and the enormous impact of the disorder make the development of alternative treatment approaches a priority [13].

Electroconvulsive therapy (ECT) is considered an effective alternative for such patients, but necessitates administering general anesthetic, induces a seizure, and causes significant memory [3,14] and learning [3,15] impairments. Transcranial magnetic stimulation (TMS) has been proposed as a refined alternative [3].

TMS is a noninvasive technique used to apply magnetic pulses to the brain. The pulses are administered by passing high currents through an electromagnetic coil placed upon the scalp that can induce electrical currents in the underlying cortical tissue, thereby producing a localized axonal depolarization [16].

Repetitive TMS (rTMS) refers to TMS applied repeatedly during a session [12,17-19]. It was introduced as a promising new treatment option for depression and showed beneficial effects in single-centre studies [20-23].

The H-coil is a novel rTMS tool, which enables direct stimulation of deeper and larger brain volumes [13,16,30-32]. The intensity of stimulation was found to be a critical factor in the therapeutic effect of DTMS. Studies questioning the efficacy of standard TMS in the treatment of depression concluded that among other factors, higher intensities are needed to reach clinical significance [3,33,34]. In the current study, direct stimulation of deeper brain regions by the H-coils resulted in very high response and remission rates [3].

Studies showed that deep TMS utilizing the H-coil is generally safe and effective as an augmentation treatment in patients who did not sufficiently respond to at least two antidepressant medications in the current episode [29]. The efficacy of dTMS and standard TMS cannot be compared at the moment because previous studies investigating rTMS not only vary by TMS parameters, but also differ by inclusion criteria, patient characteristics and efficacy criteria [13].

Adverse events reported were principally limited to scalp discomfort or pain within the confines of the TMS session itself and were mostly transient phenomena in the first weeks of the TMS course. The most serious side effect that has been reported with TMS is a seizure [35,36]. There have been no reported seizures in therapeutic trials in depression with the application of safety guidelines developed following initial reports of seizures with high frequency stimulation [37-40].

Methods to account for individual differences in anatomy have been proposed including targeting based on standardized EEG electrode positions [41,42], or specific MRI coordinates [42,43-45]. Most clinical rTMS protocols have stimulated the left DLPFC. Recent studies have shown that different DLPFC sub regions stimulated by standard protocols vary considerably in terms of their connectivity with medial prefrontal structures such as the subgenual cingulate gyrus [13,46,47], which appears to be an important region involved in the pathophysiology of MDD [2,13].

It remains difficult to draw general conclusions about the antidepressant efficacy of rTMS because of heterogeneous study designs, variable stimulation parameters and low sample sizes [23,48]. Despite the encouraging results presented in this study, there are others limitations that should be addressed [3]:

1. The rTMS has antidepressant properties that are supported by a number of lines of research [40], however, Herwing et al., observed the same rates of responders (31%) in both groups (real and the sham treatment groups), implying that even if many more patients had been treated the outcome in the primary efficacy variable would not have been any different [23,49].

2. The rTMS is applied in adults between the ages of 18 and 70. There is a suggestion of reduced efficacy in the elderly from the limited trials in this population to date and more research is required before rTMS is more widely applied in this age group [40].

3. Greater rates of overall response and remission would likely be seen if TMS were delivered in combination with pharmacotherapy, as was recently demonstrated with electroconvulsive therapy [12,50].

Although most studies indicates clinical significance of the proposed procedure, there is still no consensus on the ideal protocol to be adopted to optimize the results of the therapy, as well the impact of their long-term effects, making it hasty to actual clinical use. Thus, we conclude that there is a clear need for more research, but with better planning, aiming to bring a new treatment and actual effectiveness of major depression for the population.