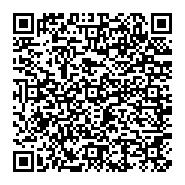 Acquired hepatocerebral degeneration (AHD) is an extrapyramidal syndrome that develops secondary to hepatic dysfunction. It may accompany advanced liver disease and is related to the presence of portosystemic shunts. We describe a 44-year-old woman who presented with bleeding from gastric fundus varices secondary to splenic vein thrombosis and concomitant development of rapidly progressive extrapyramidal symptoms. No overt liver dysfunction was identified. Brain imaging demonstrated damage to the basal ganglia. The splenic artery was embolized with disappearance of the varices. Medical treatment consisted of amantadine and low-dose clonazepam for 6 months. The patient's neurologic symptoms gradually improved with few sequelae, although imaging demonstrated residual basal ganglia damage. This case highlights the need to identify reversible causes of AHD and treat them rapidly in order to halt progressive damage. The general prognosis of patients with AHD remains poor, and flow interruption in portosystemic shunts must always be taken into account. Rapid diagnosis and treatment could ameliorate the poor prognosis.

Neurologic complications of hepatic failure, most commonly cognitive impairment and extrapyramidal syndrome, are well documented. Extrapyramidal syndrome secondary to hepatic dysfunction is often termed acquired hepatocerebral degeneration (AHD). The pathophysiology of AHD is only partially understood although it has been related to metabolic dysfunction of the dopaminergic system in the brain. The toxicity may be attributable to the effect of metabolites that are otherwise detoxified in the liver, since most cases result from either liver failure or portosystemic shunts that bypass the detoxification processes [1]. Usually the syndrome is chronic progressive, although reversibility has been reported in patients in whom the liver failure was reversed, for example, by liver transplantation [2-4].

We report an unusual course of events in a patient with AHD, with a dramatic acute presentation of extrapyramidal syndrome in the presence of splenic vein thrombosis and gastric bleeding which significantly improved over a few weeks. This case may shed light on the pathogenesis underlying the disorder.

A 44-year-old woman born in Kazakhstan was admitted for evaluation of massive hematemesis and syncope. Her past medical history was remarkable for chronic hepatitis C infection at age 28 years that was successfully treated with interferon. She underwent surgery for a bleeding duodenal ulcer at age 20 years, followed three years later by resection of an echinococcal cyst in the pancreatic tail.

On admission, emergency esophagogastroduodenoscopy (EGD) revealed varices in the gastric fundus which were ligated. Following an early re-bleeding episode, computed tomography (CT)-angiography showed thrombosis in the splenic vein, multiple venous collaterals at the splenic hilum, and gastric fundus varices. Splenic artery embolization was performed using coils. There were no further episodes of gastric bleeding. On follow-up EGD performed 9 months after splenic artery embolization, there was no evidence of bleeding or gastric varices.

Concomitantly, the patient reported slowness, rigidity, gait difficulties, changes in speech, and involuntary spasms of both hands that had progressed over 2 weeks. She denied ingestion of ethanol, and there was no history of exposure to carbon monoxide, cyanide, methanol, disulfiram, or cocaine.

Neurologic examination was remarkable for extrapyramidal symptoms, namely, severe hypomimia, hypophonia, bradykinesia, marked symmetric rigidity more prominent in the upper than in the lower limbs, and dystonic posture of both hands distally and the right foot. Strength was normal in the proximal muscles with symmetric, hyperactive reflexes, and normal flexor plantar response. No sensory or cerebellar abnormalities were observed, and there were no signs of overt encephalopathy. Ophthalmologic examination revealed no abnormalities and no evidence of Kayser Fleischer rings.

Extensive laboratory workup at the time of admission was non-contributory. Specifically, liver enzyme levels were within normal limits, and hepatitis C virus level in blood was < 15 IU/ml on RNA quantitative analysis. The electroencephalographic findings were unremarkable. Treatment was initiated with intravenous amantadine 200 mg/day for 3 days, followed by oral amantadine 200-300 mg/ day. In addition, clonazepam was administered at a low dosage of 0.5 mg/day.

Rapid partial improvement of the extrapyramidal symptoms and signs was noted after starting medical treatment. With time, the dystonic postures and the rigidity gradually improved; the marked hypomania, bradykinesia, and hypokinesia disappeared and gait, stability, and speech gradually normalized. Medical treatment was stopped 6 months after discharge. Slight rigidity and slowed repetitive movements persisted in the left hand.

MRI evaluation was repeated 20 days and 9 months after the initial study (3 Tesla Phillips Ingenia). Over time, a step-wise decrease was observed in the high intensities in the T2- weighted sequences (Figures 2 and 3a) and an increase in the low intensities in the T1-weighted sequences (Figure 3b). Thus, by the final study, the intensities were reversed: lower than normal on T2-weighted images and higher than normal on T1-weighted images. No residual restricted diffusion was demonstrated (Figure 3c). Figure 2: MRI study performed 20 days after the initial study (3 Tesla Philips Ingenia). Note the decrease in the T2 intensities in the basal ganglia. We describe a 44-year-old woman with a history of successfully treated hepatitis C infection and two abdominal surgeries, including distal pancreatectomy, who presented with gastric bleeding and syncope. EGD revealed varices in the gastric fundus which were ligated. CT-angiography showed a thrombosis in the splenic vein. Due to rebreeding and varies, splenic artery embolization using coils was performed, with disappearance of the varices on follow-up examination. Concomitantly, severe rapidly progressive extrapyramidal symptoms developed without evidence of significant cortical or cognitive dysfunction. Brain imaging demonstrated pathology in the basal ganglia. After the splenic artery embolization and combined treatment with amantadine and clonazepam, the patient's extrapyramidal symptoms gradually improved within a few weeks, and 6 months later the pharmacologic treatment was stopped. A slight rigidity and slowed movements remained in her left hand.

Thrombosis of the splenic vein is a well-known complication of distal pancreatectomy [5]. The resulting increase in blood flow within the short gastric and gastroepiploic veins leads to increased pressure in the veins in the gastric fundus, which grow into gastric varices. The collateral blood flow through the gastric varices creates a shunt that bypasses the liver detoxification process. This phenomenon is known as leftsided portal hypertension, although the pressure in the portal system is normal [6]. The recommended treatment for leftsided portal hypertension with recurrent variceal bleeding is splenectomy, which decreases the venous outflow through the collateral circulation and decompresses the associated varices. However, when splenectomy is deemed too hazardous, especially in patients after previous abdominal surgeries, as in our case, endovascular embolization of the splenic artery is a viable option [6]. In our patient, follow-up EGD after splenic artery embolization revealed the absence of both bleeding and gastric varices, suggesting that the treatment successfully diverted the blood flow, aborting the hepatic bypass.

The development of a chronic progressive extrapyramidal syndrome secondary to hepatic shunt without hepatic failure has been previously reported [2]. Most cases of AHD develop insidiously; an acute appearance of liver-related neurologic disturbances is less common [7]. The present case is unique because of the abrupt onset of extrapyramidal symptoms. Although the formation of gastric varices follows a chronic course, an acute diversion of the blood flow probably preceded the gastric bleeding. As a result, blood containing toxic metabolites flooded the brain parenchyma, causing damage mainly in the basal ganglia. The presence of a clinical extrapyramidal syndrome without evidence of significant cortical or cognitive dysfunction, together with the imaging findings, suggests that the basal ganglia are more sensitive to toxic insults than other brain structures. The culprit chemical component that caused the basal ganglia toxicity in our patient was not identified. The results of the first MRI, namely hyperintensity in the T2- weighted protocol and hypointensity in the T1-weighted protocol, point to cell damage. Further support for this assumption was provided by the FDG-PET/CT and MRS studies.

The usual radiologic finding in patients with parkinsonism associated with liver dysfunction is hyperintensity on T1- weighted images, not on T2-weighted images [8]. In our case, this pattern was observed only at the last follow-up MRI. The probable explanation is that in most cases, the parkinsonism develops slowly and subtly, and MRI is performed only when the symptoms become prominent. The acute onset in our patient made it possible to glimpse the early processes affecting the basal ganglia.

Despite the remaining structural damage in the basal ganglia, most of the neurologic symptoms were reversible. This may have been attributable to the rapid closure of the shunts which eliminated the continued toxic insult.

In conclusion, clinicians should be alert to the need to identify reversible causes of AHD and to treat them rapidly in order to halt progressive damage. The prognosis of patients with AHD remains poor, and flow interruption in portosystemic shunts must always be taken into account. Rapid diagnosis and treatment could mitigate progressive damage and ameliorate the poor prognosis.