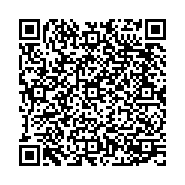 Risperidone - A Probable Cause of Guillain-Barre Syndrome: A Case Report

Background: Guillain-Barre syndrome (GBS) is an acute immune-mediated demyelinating polyneuropathy, and it has been suggested that immune-mediated mechanism underlying the pathogenesis of GBS was triggered by infectious agents, vaccination, head trauma, operation, and malignancy. Risperidone, one of the secondgeneration antipsychotic drugs, tends to alter cytokine levels that could partly be attributed to GBS occurrence.

Findings: We herein present a 7 year-old-girl who developed GBS under risperidone treatment. The possibility of occurrence of GBS triggered by risperidone was analyzed using causality assessment scales of Naranjo and World Health Organization Collaborating Centre for International Drug Monitoring, the Uppsala Monitoring Centre (WHO–UMC). The results indicated that risperidone was a probable cause of GBS.

A 7 year-old girl with an acute onset blurred vision, paresthesias of the distal upper limbs, and speech-rate slowing was referred our pediatric neurology clinic. Her prenatal and family histories were unremarkable, and her developmental milestones were normal. She had been diagnosed with ADHD and treated with risperidone (0.5 mg, twice a day) for two weeks. Two days after the onset of neurological symptoms, she developed diplopia and ataxic gait. On admission, she was consciousness and co-operative. She had left abducens nerve palsy. Power was grade five in upper and lower limbs. Deep tendon reflexes were absent in lower limbs and were decreased in upper limbs. Bladder, bowel functions were normal with no autonomic dysfunction. Deep and superficial sensations were pure. Cerebrospinal fluid routing revealed 46 mg/dL of protein, 86 mg/dL of glucose, 5 lymphocytes/mm3 of cell count. Hemoculture, urine culture, stool culture, serological markers for HIV, hepatitis A and B, Mycoplasma pneumoniae, EBV and CMV were negative. A contrastenhanced craniospinal magnetic resonance imaging which was performed at the third day of symptom onset was unremarkable. A nerve conduction study revealed sensory and motor conduction block, prolonged distal motor and F-wave latencies, abnormal temporal dispersion of motor responses and reductions in maximum motor conduction velocity on the fifth day of symptom onset. We diagnosed GBS based on clinical and electrophysiological findings. Risperidone was discontinued, and intravenous immunoglobulin (IVIG) administered for five consecutive days (0.4 g/kg/day). Ataxic gait and left abducens nerve palsy improved from the third day of IVIG. A repeat neurophysiological study revealed experienced multi-segmental demyelinating polyneuropathy on the fifth week. Six weeks later, upper and lower deep tendon reflexes and neurologic examination were normal. She is in follow-up for 2 years without symptom and her parents gave consent to report her medical records.

Recent studies reported that antipsychotic drugs modulate the immune system by alterations in pro-inflammatory cytokine levels, and these alterations show temporal differences according to exposure time to antipsychotic drug [6]. Although risperidone leads to fluctuation of cytokine levels as observed in interleukin-1β and interleukin-6 levels, it was reported that tumor necrosis factor-alpha (TNF-α) which has been recognized as a major mediator in the pathogenesis of GBS increased during risperidone treatment [7,8]. In vivo models revealed that TNF-α is able to induce neuronal demyelination and axonal degeneration [9]. Clinically severity of GBS has also been linked to serum level of TNF- α which has been decreased following treatment with IVIG or plazma exchange [10]. Therefore, an increased level of TNF-α due to risperidone may trigger immune cascade involved in the pathogenesis of GBS. Albeit increased clinic use of risperidone, occurrence of GBS related to risperidone has not been identified yet. This may be related to several polymorphism of TNF-α promoter which is responsible for genetic susceptibility of GBS [11].

In conclusion, risperidone may induce immunological pathway that causes GBS with an unclear mechanism. Given this possibility, neurological symptoms newly-emerged in patients treated with risperidone should be evaluated for occurrence of GBS. However, further evaluations are needed to prove this hypothesis.