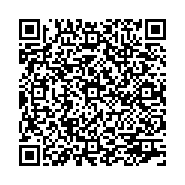 Ulcerative colitis (UC), one type of inflammatory bowel disease, often involving part or all of the colon segment, and the damage generally confined to the colon mucosa [1]. Our previous experimental results indicated that the imbalance of regulatory function of protein C system (PCS) may be one of the most important pathogenesis in the patients with UC. Macrophages from colonic mucosa act on the mucous microvascular endothelial cells through secretion of proinflammatory cytokines, and further causing the inhibition of PCS [2]. While the initiator of PCS inhibition by macrophages is still unclear.

Overactivation of humoral immunity is closely related to UC pathogenesis process [3], and lamina propria lymphocytes (mainly activated B lymphocytes) are suggested to be the source of increased immunoglobulin and antibody [4]. Our research revealed that plenty of plasma cells accumulated in the colonic mucosa in UC mice, flow cytometry experiments further confirmed the infiltration of CD54+CD38+ plasma cells, and the phenotype of the plasma cells was IgG type. These results are consistent with the recent studies which draw the conclusion that the number of IgG type plasma cells was elevated in the inflammatory tissues of some autoimmune diseases [5]. The above results indicate that the number of IgG plasma cells is related to the disease activity and play an important role in the pathological process of UC.

Next, we explore if the elevated plasma cells associated with macrophages -induced PCS change. Our earlier experiment also found infiltration of excess macrophages [2], as well as enhancement of IgG immune complexes (IgG-IC) in UC (unpublished), meanwhile, some studies indicated that CXCR4+ IgG plasma cells result in the pathological process of UC through CD14+ macrophages stimulated by FcγRs [5]. In order to explore how increased IgG plasma cells act on macrophages, and whether the elevated IgG-IC mediate the interaction of plasma cells with macrophages, IgG-IC was mimicked in vitro to simulate isolated colon macrophages, and the expressions and levels of proinflammatory cytokines such as TNF-α and IL-6 in the supernatant of macrophages were detected. We found that both TNF-α and IL-6 expressions and levels were increased obviously. Therefore, we speculate that IgG plasma cells increase, and initiate the inhibition of PCS in the pathogenesis of UC, possibly by the secretion of IgG antibody, and formation of IgG-IC, further action on the macrophages. IgG type plasma cells might represent a promising target for the treatment of UC.