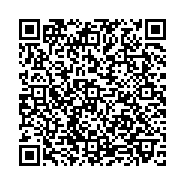 Meckel diverticulum (MD) (Figures 1 and 2) is the most widely recognized inborn variation from the norm of the Gastrointestinal system. It occurs due to non-conclusion of the omphalomesenteric channel, which should pulverize in the fifth -seventh gestational weeks. At the point when the MD is symptomatic, it may be responsible for severe episodes of intestinal bleeding, intussusception, bowel obstruction, or recurrent abdominal pain with repeated vomiting and/or nausea. Increasing number of reports on the use of laparoscopy in children with Meckel's diverticulum was observed. The purpose of this study was to review our department's experience with laparoscopy and to reiterate that laparoscopy is a viable option, even for pediatric patients with complicated Meckel diverticulum.