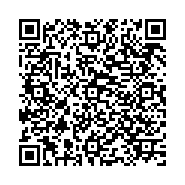 Objective: The purpose of this study was to evaluate the Role of Practice and Mental Imagery on Hand function improvement in stroke survivors

Method: We conducted systematic review of the previous studies and searched electronic databases for the years 1995 to 2016, studies were selected according to inclusion criteria, and critical appraisal was done for each study and summarized the use of mental practice for the improvement in hand function in stroke survivors.

Conclusion: Although the benefits of mental practice to improve upper extremity function looks promising, general guidelines for the clinical use of mental practice is difficult to make. Future research should explore the dosage, factors affecting the use of Mental Practice, effects of Mental Therapy alone without in combination with other interventions.

Up to 85% stroke survivors experience hemi paresis resulting in impaired movement of the arm, and hand as reported by Nakayama et al. Loss of arm function adversely affects quality of life and functional motor recovery in affected upper extremity.

Sensorimotor deficits in the upper limb, such as weakness, decreased speed of movement, decreased angular excursion and impaired temporal coordination of the joints impaired upper-limb and trunk coordination.

Mental practice is a training method during which a person cognitively rehearses a physical skill using motor imagery in the absence of overt, physical movements for the purpose of enhancing motor skill performance. For example, a review of the duration of mental movements found temporal equivalence for reaching; grasping; writing; and cyclical activities, such as walking and running.

Much interest has been raised by the potential of Motor Practice of Motor task, also called “Motor Imagery” as a neuro rehabilitation technique to enhance Motor Recovery following Stroke.

Mental Practice is a training method during which a person cognitively rehearsals a physical skill using Motor Imagery in the absence of Physical movements for the purpose of enhancing Motor skill performance.

The merits of this intervention are that the patient concentration and motivation can be enhanced without regard to time and place and the training is possible without expensive equipment.

Researchers have speculated about its utility in neurorehabilitation. In fact, several review articles examining the impact of mental practice have been published. Two reviews examined stroke outcomes in general and did not limit their review to upper-extremity–focused outcomes. Both articles included studies that were published in 2005 or earlier.

Previous reviews, however, did not attempt to rate the studies reviewed in terms of the level of evidence. Thus, in this review, we determined whether mental practice is an effective intervention strategy to remediate impairments and improve upper-limb function after stroke by examining and rating the current evidence.

• All levels of evidence were considered for this review.

• Mental Practice – either as sole treatment or in combination. 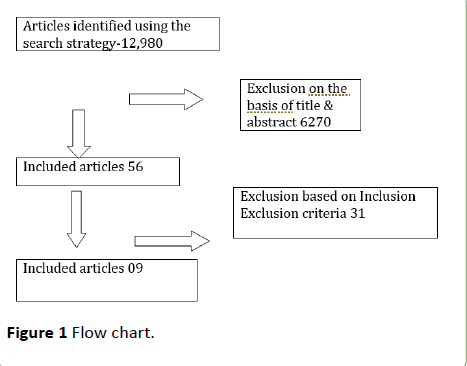 Eleven articles were originally located using the previously mentioned key words and study selection criteria. Of those articles, 2 were excluded because they were not completed studies Therefore, a total of nine articles were reviewed and classified according to the criteria described earlier. The results are summarized in Table 1 [1-5].

Table 1 Summary of evidence on use of mental practice to improve hand function in stroke survivors.

The results of the studies reviewed were positive indicating the potential benefits of mental practice in the recovery of upper limb motor performance following a stroke, however, the limited number of studies and small sample sizes must be noted when considering the strength of results.

Studies differed with respect to patient characteristics, intervention protocols and outcome measures. It remains unclear what the optimal dosing is regarding the amount of Mental Practice or the ratio of Mental to Physical practice needed to obtain a positive effect. Most studies have shown that mental practice reduces impairments and improves functional recovery of the upper limb. Future research should explore the dosage, factors affecting the use of Mental Practice, effects of Mental Therapy alone without in combination with other interventions.

Several studies have shown support for the notion that mental practice can reduce upper-limb impairments and increase functional use of the affected limb [5,6], return to the occupational performance after Mental Practice is yet to be found.

Moreover, it would be of interest to determine whether one type of instruction is more beneficial to facilitating imagery than another and to what extent imagery training before engagement in mental practice is beneficial [7] (Table 2).

Although the benefits of mental practice in post stroke rehabilitation appear promising, general conclusions are difficult to make. Future research should investigate whether mental practice promotes return to occupational performance as perceived by the participants engaged in treatment.

The evidence presented in this review indicates the potential mental practice has for the improvement of upper extremity function in stroke survivors, but general guidelines inclusive of practice hours are difficult to conclude at this stage, future research should investigate the optimize duration and sole benefits of mental practice to improve hand function in stroke survivors.

Ethical clearance was obtained from the JSS College of Physiotherapy, Mysore.

The author would like to thank Dr Kavitha Raja for her guidance and assistance regarding this study.