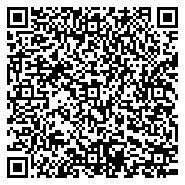 Objectives: The aim of this study is to introduce the application of the well-known rubber bands technique and negative pressure wound therapy after surgical debridement for gradual direct closure of wound dehiscence/partial necrosis following breast reconstruction with TRAM flap.
Methods: We evaluated 12 patients who had a mastectomy and breast reconstruction using ipsilateral TRAM flap regarding the effectiveness of rubber bands technique and negative pressure wound therapy for direct closure of donor and recipient areas wound dehiscence/partial necrosis. The outcome was evaluated according to wound gap reduction and the success of direct wound closure.
Results: Three of the studied group (two partial TRAM flap necrosis and one donor site abdominal wound necrosis) had a post-operative wound dehiscence/partial necrosis complication. In these cases, the wound edges were approximated gradually after surgical debridement using the described technique. The wounds were closed directly in all cases. The patients were followed up for an average of three months after complete closure without recurrent wound dehiscence/necrosis, skin graft or another flap.
Conclusion: The described protocol proved to be an effective method in managing TRAM flap as well as donor site wound dehiscence/partial necrosis complication with less number of surgeries, shorter time and better aesthetic outcome.

The treatment of breast cancer depends on the tumor type and stage, and surgery remains the main therapeutic option consisting of partial or total resection of one or both breasts. In the literature, up to 30 to 40 percent of breast cancer cases will undergo mastectomy during the course of their breast cancer treatment [2]. However, total mastectomy remains a widely-used technique in clinical practice since it affects patients physically, emotionally, and sexually, as well as negatively impacts their quality of life, occasionally to a greater degree than the actual disease. To avoid such effects, breast reconstruction has been adopted as an excellent alternative for patients undergoing this surgery. It promotes wellness and reverses many of the psychological and emotional consequences associated with mastectomy [3].

TRAM flap was introduced in 1982 and, since its inception, has undergone various modifications, with and without the use of microsurgery [5,6]. Despite its popularity, the TRAM flap is associated with two categories of complications related to it: flap complications and donor site complications (Table 1) [7].

Flap or donor site skin necrosis is a common annoying complication for the Breast Surgeon as well as the patient because it may negatively affect the management plan and delay the adjuvant cancer therapy. The aim of this study is to introduce a simple management protocol for this problem through the application of the well-known rubber bands technique and negative pressure wound therapy after surgical debridement for gradual direct closure of wound dehiscence/partial necrosis following breast reconstruction with TRAM flap.

We retrospectively evaluated 12 patients who underwent breast reconstruction after mastectomy using the ipsilateral pedicle TRAM flap, at our institute from January 2015 to December 2016. The research work has been reported in line with the process criteria.

Furthermore, group (B) was categorized based on the degree of necrosis into five types. We have used the same classification system of Lie et al 2013 for Partial and complete DIEP Flap Necrosis (Table 2) [8].

We studied the effectiveness of our technique for management of type I, II and III cases of partial TRAM flap and donor site wound dehiscence/necrosis.

• Surgical debridement of the all necrotic tissues few days after the reconstructive surgery when the necrotic areas are demarcated. It can be done under local or general anesthesia according the degree and depth of necrosis as well as patient tolerance.

• Antibiotics were used for the infected cases according to the culture results.

• Application of negative pressure therapy for two to three days to improve the local circulation and to be sure that there is no necrotic tissue before starting the gradual wound closure.

• Following debridement of the necrotic tissue, rubber bands held with staples were applied across the wound edges in a crisscross fashion under local anesthesia.

• Dressing of the wound using negative pressure wound therapy in continuous mode at pressure of 100 mmHg.

• For patients who achieved tension-free skin margin approximation, the wound is closed directly with sutures or skin staples.

The clinical outcome was evaluated according to wound gap reduction and the success in direct wound closure.

We reviewed 12 mastectomy patients aged 32-60 years (mean, 44 years). Immediate reconstructions were performed in 8 cases (66.7%), whereas delayed reconstructions were performed in 4 cases (33.3%). All the cases (100%) were underwent Breast reconstruction using ipsilateral pedicle TRAM flap by the same surgeon. Some patient had comorbidities prior to mastectomy, such as obesity (25%), cesarean sections (50%), hernia (8.3%), hypertension (25%), diabetes (33.3%), hypercholesterolemia (41.7%).

Group (A): Nine cases (75%) were without complications or other unrelated complications. Group (B): Three cases (25%) were with wound dehiscence/partial necrosis (Figure 1). Two cases (16.7%), one immediate and one delayed breast reconstruction) were with TRAM flap partial necrosis ranging from 20 to 30% of the flap and one case (8.3%, immediate breast reconstruction) was with donor site distal abdominal flap dehiscence/partial necrosis. In this study, we didn’t face any case with subtotal or total flap necrosis (Type IV and V).

Figure 1: Percentage of complications in the studied groups.

Group (A) patients had a duration of hospital stay ranging from 3 to 5 days, whereas it ranged from 8 to 10 days in Group (B) patients. The patients were discharged from the hospital after surgical debridement and application of the gradual wound closure technique and follow up in the outpatient clinic.

In Group (B) cases, the wound edges were approximated gradually after surgical debridement using the described technique. The wounds were closed directly in all cases (100%) in approximately three weeks. the patients were followed up for an average of three months after complete closure without recurrent wound dehiscence/necrosis, skin graft or another flap.

In February 2016, A 59-year-old postmenopausal women had a screening mammogram which revealed suspicious patchy asymmetric densities in upper outer quadrant of her right breast with BI-RADS IV C. the patient had history of menarche at age of 14 years with no history of contraception and no other comorbidities. Her body mass index is 33 kg/m2. She had no palpable masses on bilateral breast examination. Ultrasound guided breast biopsy was done and histopathology report showed invasive ductal carcinoma of right breast grade II with positive lympho-vascular invasion. Immunohistochemistry was performed on the tumor and confirmed positive estrogen receptor (≥ 80% of cells), positive progesterone receptor (≥ 80% of cells), negative Her2 receptors, and Ki-67 is nearly 50% of cells. The other workup was negative for other lesions or metastases. The case was discussed in the Tumor Board Meeting and planned for right breast skin sparing mastectomy, sentinel lymph node biopsy and immediate reconstruction with ipsilateral TRAM flap. In the first postoperative day, the medial part of the flap was noticed to have bluish discoloration. With observation, the diagnosis of type III partial TRAM flap necrosis was confirmed. The protocol of surgical debridement, rubber bands and negative pressure wound therapy were started with successful complete wound closure in almost 3 weeks without any further reconstructive procedures (Figure 2).

A 43-year-old woman has presented to plastic surgery outpatient clinic asking for right breast reconstruction. She had a five years history of modified radical mastectomy and axillary lymph node dissection for right breast invasive duct carcinoma grade II and metastatic axillary lymph nodes carcinoma in 3/16 level I and II without any other metastasis. The patient had a history of chemotherapy, radiotherapy and hormonal treatment. On examination, she has a right post mastectomy and radiotherapy adherent depressed oblique scar on the chest wall with no signs of local recurrence. After discussion with the patient, she was booked for right breast delayed reconstruction with ipsilateral pedicle TRAM flap with mastopexy for grade II left breast ptosis. Unfortunately, the surgery was complicated with partial TRAM flap necrosis Type III (around 20%). The protocol of surgical debridement, rubber bands and negative pressure wound therapy were started with successful complete direct wound closure in almost 17 days without any other reconstructive procedures. No wound dehiscence or necrosis were noticed during the follow up period (Figure 3).

A 48-year-old woman has been referred to plastic surgery as a case of right breast invasive duct carcinoma. She is a smoker and known to have diabetes and hypothyroidism on medications. After discussion in the Breast Meeting, the patient was booked for right breast skin sparing mastectomy, sentinel lymph node biopsy and immediate right breast reconstruction with ipsilateral pedicle TRAM flap. During the post-operative follow up, the flap was viable and healing well but we had a TRAM flap donor site complication in the form of skin necrosis at the distal central part of abdominal wall flap approximately 3 × 7 cm. Consequently, we decided to close the resulted wound gradually using the same protocol of surgical debridement, rubber bands and negative pressure wound therapy. We were able to close the wound in almost 3 weeks without any skin graft (Figure 4).

Since it was first described in 1982, the TRAM flap 4 has gained popularity worldwide and quickly became the preferred method for breast reconstruction using autologous tissue by many breast surgeons. TRAM flap is a myo-cutaneous flap based on the superior epigastric vessels. Although the TRAM flap is a common technique for breast reconstruction, complications are still being observed even with experienced breast surgeons. Several factors may be associated with complications of reconstruction, such as diabetes, obesity, and tobacco use. Complications include complications of the flap itself as well as the donor area. One of the annoying complications to the plastic surgeons and patients is the flap or donor site partial necrosis which is difficult to manage and may require a second donor site and long hospital admission.

Numerous delayed primary or secondary closure techniques have been described for minor to moderate complicated open wounds [9]. In the present study, we have used two modalities that have been reported in literature; negative pressure wound therapy and gradual suture approximation technique using skin stapling of vessel loops in a crisscross manner.

In 1986, Cohn and Berman [10] have introduced the use of silastic vessel loops with staples in shoelace fashion for delayed primary wound closure for fasciotmy wounds. This Technique is relying on the visco-elastic properties of skin; skin elasticity, mechanical and biological creep.

In this study and based on the previous knowledge from the literature, we combined the previous two techniques to augment the advantages of each technique to improve and fasten wound healing. Furthermore, we tried to report our experience of using the described protocol for gradual direct closure of the defect resulting from debridement of the TRAM flap partial necrosis. The cases with such complication were classified into five types using the same classification System of Lie et al. for Partial and Complete DIEP Flap necrosis [8]. Consequently, we have applied this protocol for type I, II and III cases of partial TRAM flap necrosis as we didn’t encounter any case with type IV or V in this series. Moreover, we have used the same technique for donor site abdominal flap partial necrosis which is a reported complication in the distal central part of the abdominal wound after harvesting flaps from the lower abdomen especially in patients with co-morbidities due to the increased tension as well as poor blood supply to that area [11].

We have found many advantages for the proposed protocol:

1. Better cosmetic outcome from direct wound closure instead of using another donor site.

2. It decreases the total time for wound closure.

3. Decrease the number of surgeries. The protocol can be done bedside under local anesthesia.

4. Decrease the total cost because it decreases the need for other reconstructive surgeries to close the post debridement wound defect [12,13].

The described protocol proved to be an effective method in managing TRAM flap as well as donor site wound dehiscence/partial necrosis complication with less number of surgeries, shorter time and better aesthetic outcome.