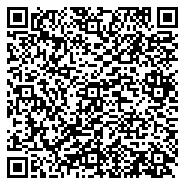 Mycotic Aneurysm (MA), a rare complication of systemic infections, is a result of degradation and dilation of the arterial wall. Etiology can be due to endovascular seeding of infective emboli (e.g. infective endocarditis, bacteremia) or extravascular spread of infection (e.g. meningitis, osteomyelitis, orbital cellulitis). Infective Intracranial Aneurysms (IIA) is extremely rare and account for a small fraction of all intracranial aneurysms. Most IIA are caused by bacterial or fungal infections. IIA has a higher risk of rupture as compared to other aneurysms due to their rapid progression and increased vessel fragility. Diagnosis is mostly based on clinical history and neurovascular imaging. Medical management and endovascular intervention can be considered the first-line treatment for unruptured IIA. Open surgery is done in cases of complications or failed endovascular intervention. A case of suspected ruptured IIA secondary to bacterial meningitis is discussed in detail along with a review of the literature. Certain proposals on diagnosis, management, and complication have been put forth.

The Overall incidence of IIA is around 0.7-5.4% of all cerebral aneurysms worldwide and an incidence of 1.6 - 18% in developing countries [7-10]. Most of the IIA are caused due to bacterial infections (72.8%) followed by fungal infection (13.2%) [11,12]. Most IIA arise from infective endocarditis. The incidence of the IIA due to bacterial meningitis and subsequent intracranial hemorrhage is rare. Only a few cases of ruptured IIA secondary to bacterial meningitis have been reported [13-16]. Revised criteria regarding diagnosis and management have been put forth in this paper.

A 75-year-old male patient with history of chronic smoking, hypertension, and type 2 diabetes mellitus presented with sudden onset altered sensorium and left eyelid drooping of 1-day duration. Patient had a blood pressure of 140/80 mm of Hg, pulse rate of 104/minute and temperature of 101.4°F (38.6°C). Physical examination revealed a lethargic elderly male, who was disoriented to time and place but oriented to person, following simple instructions and incoherent speech. The patient’s left pupil was 6 millimeter in size, round, and fixed. The right pupil was 4 millimeter, round, and reactive. Right lower limb strength of 3/5 Medical Research Council (MRC) grade and 5/5 MRC grade in all other limbs [17]. A provisional diagnosis of acute ischemic stroke secondary to vasculopathy from bacterial meningitis was made and treated accordingly. The patient’s mental status returned to baseline, hemodynamic stability was achieved and was transferred out of the Intensive Care Unit (ICU).

After 48hours of transferring out, the patient had a sudden onset of unresponsiveness. Examination showed decerebrate posturing, intubated for airway protection, and transferred to ICU. Noncontrast Computed Tomography (CT) of the head demonstrated a large parenchymal hematoma in the left temporal lobe with intraventricular extension and a significant mass effect (Figure 2). The rupture of the mycotic aneurysm secondary to meningitis was suspected. Urgent decompressive hemicraniectomy was planned but not performed due to family reluctance. The patient was terminally extubated. Figure 2: Computer Tomography (CT) of the head without contrast showing parenchymal hemorrhage in the left temporal region with intraventricular extension.

Bacterial and fungal infections accounted for the majority of IIA. Most common organisms are Streptococcus species (30.7%), Staphylococcus species (19.4%), Aspergillus (7.5%), Candida (2.8%), Enterococcus (2.4%) and Pseudomonas (2.2%) interestingly, 12.7% of the patients were culture negative (Table 1) [12]. In fewer than 2% of cases, virus and parasites have been implicated [18,19]. In IIA where meningitis was proven to be the cause, most (75%) were due to bacterial and tuberculous infections and the rest (25%) was accounted for by fungal infections. Of the IIA caused by meningitis, 58% succumbed to the illness or its complication [20].

Table 1 Percentage of pathogens reported in patients with IIA.

Similar to the non-infective aneurysm, pathology of IIA starts with the degradation of the arterial wall. Pathophysiology develops from either (1) the seeding of septic emboli into the vasa-vasorum, (2) systemic bacteremia infecting a preexisting intimal defect, (3) contiguous infection from adjacent structures, (4) inoculation due to iatrogenic or accidental trauma and or combination of above factors [21,22]. After inoculation, bacteria activate proinflammatory mediators which attract neutrophils to the arterial wall [23]. Bacteria release various proteases to activate human matrix metalloproteinases (proMMP 1, 8 and 9) and inactivate human plasma α1-proteinase inhibitor leading to disintegration of extracellular matrix and activation of neutrophil elastase [24,25]. Neutrophils release enzymes like elastin-degrading serine proteases and neutrophil gelatinase-associated lipocalin [26,27]. Activation of various bacterial and neutrophilic enzymes leads to the focal weakening of arterial wall and degradation of the surrounding extracellular matrix [21,28]. Infiltration of the vasa vasorum by neutrophil leads to weakening of the adventitia, muscularis, and then the internal elastic membrane [29,30]. Early dilation of the proximal and distal ends of the involved arterial wall is observed, followed by the consistent dilation of the complete segment Pulsation of the dilated and weakened arteries causes the formation of an aneurysm which can eventually rupture [29].

A point scoring based system was proposed by Korja M, et al. [31], which considered various clinical markers and investigative findings. The diagnostic criteria included the presence of one mandatory criterion and 12 supportive criteria (Table 2) [31]. A score of 3 or more is clinically definite diagnosis of IIA, a score of 2 was suggestive of a probable IIA and a score of 1 would be suggestive of possible IIA.

In the case discussed above, due to abnormal baseline renal functions, carotid ultrasound Doppler was performed instead of angiography. Cerebral angiography (CA) is considered the gold standard for neurovascular imaging [32,33]. It can reliably detect small cerebral aneurysms up to 2 millimeters in size [34]. Alternatively, Computed tomography Angiography (CTA) or magnetic resonance angiography (MRA) can be used [35].

The management can be divided into conservative, endovascular, and surgical depending on the risk of rupture [11,12]. Risk of aneurysm rupture is high with any of the following, (1) size > 7 millimeter, (2) patient age > 60 years, (3) female gender, (4) posterior circulation location, (5) symptomatic (6) ethnicity (e.g. Finnish and Japanese), (7) comorbidities (hypertension, active smoking) (8) previous history of subarachnoid hemorrhage, and (9) history of ruptured aneurysm [36-38]. A guideline has been proposed for the treatment of IIA (Figure 3). All patients should be started on conservative management and planned for endovascular or surgical intervention. A patient with a low risk of rupture or those that are unable to undergo surgical or endovascular intervention can be managed conservatively [39]. Ducruet AF, et al. [11] and Serra R, et al. [20] in a comprehensive review of IIA concluded that 62% of patients had a better outcome after the endovascular or surgical intervention, 20% had a progressive neurological decline, 5% died due to the complication of the aneurysm before the intervention, and 12% died immediately after intervention was performed [11,12]. Overall mortality from IIA has significantly reduced from 36.5% prior to the year 2000 to 12.1% in the last decade [12]. IIA are associated with a very high mortality risk (60-90%) in ruptured cases and a comparatively lower mortality risk (10-30%) in un-ruptured cases. Endovascular interventions for intracerebral aneurysms have a total morbidity and mortality of 9.8% as compared to 12.6% for open surgical procedures [37]. Cumulative 1 and 5-year survival rates with open surgical and endovascular interventions were 78% vs. 71-75% and 69% to 53-41% respectively [38-51].

Because of the nature of the disease, the early diagnosis and management of IIA is challenging. Patients who present with features suggestive of meningitis and neurological deficit must undergo urgent brain imaging along with neurovascular studies to evaluate for IIA. No delay in initiation of empiric antibiotics along with early surgical or endovascular management based on the proposed guideline can be potentially lifesaving. Serial angiographic monitoring of the lesion and timely adjustments in management should be done.