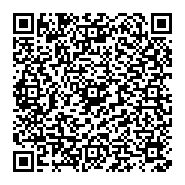 We report an unusual case of Sarcina ventriculi infestation in a patient with gastro-oesophageal obstruction by adenocarcinoma. Sarcina ventriculi are gram positive bacteria which are found in water and soil and thrive in low pH environment. Whilst the pathogenicity of this bacterium is not fully understood, they are known to infect humans and animals through ingestion of contaminated material. There is predisposition for patients with gastroparesis or delay in gastric output as stasis provides an ideal environment for bacterial overgrowth.

As predicted in the literature this is the first case report of Sarcina ventriculi in a patient with upper gastrointestinal malignancy. Although the bacteria do not appear to behave as a pathogen, their presence warrants further investigations for causes of gastroparesis such as bariatric surgery or malignancy.

The patient is a 78 year old man with a history of upper GI symptoms over the last 10 years. He initially presented with anaemia, dyspepsia and epigastric pain and was treated for Helicobacter pylori without major improvement. Further investigations revealed reflux oesophagitis and hiatus hernia which was repaired surgically. However, his condition was complicated by repeated vomiting, and endoscopy showed ulcerated Barrett’s oesophagus with significant dilatation of the distal oesophagus which was filled with food material. Surveillance for Barrett’s oesophagus revealed glandular dysplasia and adenocarcinoma which were treated with palliative radio-chemotherapy. Latest endoscopy for persistent anaemia displayed a stricture at GOJ with dilatation and large amount of food particles in the oesophageal lumen. This was extensively washed away and multiple biopsies were taken from this area and from the stomach and duodenum. Recurrent oesophageal adenocarcinoma was confirmed and Sarcina microorganisms were present in both gastric and duodenal biopsies (Figures 1 and 2).

Sarcina ventriculi are gram positive bacteria which are classified as anaerobic cocci in 1960s [1]. They were initially described in veterinary literature and first described in humans by Goodsir [2], and later by Ferrier [3]. The microorganisms are capable of metabolizing fermented carbohydrates and are exceptionally acid tolerant thriving in highly acidic conditions such as that of the stomach [2,4]. They measure 1.8-3 μm in diameter [4] and are coated in a thick fibrous layer mostly composed of cellulose [2,5]. They have a special morphology from which their name is derived (Latin for “package” or “bundle”) and are arranged often in tetrads or octets which is a result of their cell division patterns occurring in at least two planes [5]. This distinct morphology allows them to be easily identified on H&E staining [6] although they were historically mistaken for vegetable matter due to their birefringent cellulose coating [2].

Sarcina are not usually found in the human stomach but instead in environmental soil and water [5]. They are commonly seen in stomach of cats, cows, horses and goats [4], and have occasionally been cultured from the faeces of healthy humans existing on a vegetarian diet [4-8]. It is presumed that infection to both humans and animals occurs through the consumption of contaminated food [6] although one case has been recorded of a veterinary doctor who became infected from probable close animal contact [9]. Any delay in gastric output which produces a buildup of food debris along with the low pH of the stomach provides an ideal environment for Sarcina overgrowth and can result in a characteristic frothy vomit known as “Sarcinous vomit” and/or emphysematous gastritis [2,3,6].

The pathogenicity of the organism is not fully understood. Their presence in livestock has been demonstrated as a causative organism in abomasal bloat and livestock death [2]. However, in humans it is not clear if their presence represents a marker for another disease state or as a causative agent itself which would therefore require medical intervention [2,3,5]. The bacteria do not appear to cause direct mucosal damage although its presence with other pathology such as ulceration however may lead to complications such as emphysematous gastritis or even perforation [2,6,10].In this case the Sarcina is present in the lumen of oesophagus, stomach and duodenum with no obvious mucosal inflammation. It is likely that the bacterium is present due to overgrowth in stagnant food debris build up as a consequence of lower oesophageal obstruction. The question therefore may not be what is the pathogenicity of the Sarcina infection rather, what has caused the food debris build up resulting in the subsequent bacterial overgrowth?

There have been only few documented cases in the literature. Most patients with Sarcina are deemed to have gastric outlet obstruction or gastroparesis attributed to a variety of conditions such as diabetes, cystic fibrosis, chloride ion transport genetic disorder and occult malignancy. Approximately half of the documented cases are from patients with histories of upper gastric surgery [4-6].

All cases of Sarcina show a predisposition for patients with gastroparesis or delay in gastric output [4-6]. Most cases in literature have shown this to be as the result of a gastric mass, stricture or perforation. However, Sarcina have also been found in association with Helicobacter pylori in patients with ulcerated gastro-oesophagitis [5], in patients with cystic fibrosis (who commonly have gastrointestinal tract dysmotility) [6] and also in patients following bariatric surgery [4].

The majority of cases therefore represent an overgrowth of a commensal organism which may not require pharmacological intervention. However, if the bacteria are identified along with dysphagia or substernal burning, a combined proton pump inhibitor and prokinetic therapy is indicated. If the bacteria are present in the setting of ulceration then eradication with antibiotics is recommended due to the threat of perforation. Confirmation of eradication also warrants repeat endoscopy [1,9,11].

Although our patient was not known to have gastric outlet obstruction there was Barrett’s stricture at the gastro-oesophageal junction which was complicated by adenocarcinoma. It had been noted at endoscopy on two separate occasions following the patient’s hiatus hernia repair that there was food debris lodged at the GOJ. Considering that the patient was also diabetic and had had upper GI surgery the possibility of vagal nerve damage leading to dysmotility and gastroparesis cannot be excluded. However, the presence of adenocarcinoma appears to have contributed to an ideal environment for bacterial overgrowth and subsequent passage of bacteria into the stomach and duodenum. A comprehensive literature search has not highlighted any cases where Sarcina has been seen in the duodenum as well as stomach. This is an unusual finding as the duodenum does not provide the highly acidic environment in which the bacteria prefer to grow. Their presence may be attributed to colonization or recent swallowing by the patient.

In conclusion, this is a case of Sarcina ventriculi infestation following upper gastrointestinal obstruction by adenocarcinoma. We predict that the number of these cases will increase with the rising numbers of bariatric surgery and occult malignancy. Although the bacteria do not appear to behave as a pathogen their presence should warrant further investigations for complications of gastroparesis including bariatric surgery and malignancy.