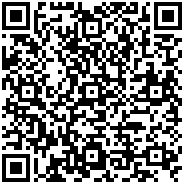 Science of the Future; Pharmacogenetics: A Letter to Editor

Citation: Ozturk O, Fidanci I. Science of the Future; Pharmacogenetics: A Letter to Editor. Transl Biomed. 2016, 7:2.

Pharmacogenetics, brings innovations to all diseases majorly to cancer and psychiatric diseases due to providing individualized treatment. Since it has a patient based approach in terms of treatment the results are satisfactory. It is predicted to provide progress in both medical sciences and economy fields with special treatment to patient's specific personal characteristics. Progress in this field of science is very important in terms of medical sciences and future.

Even though same drug is used in same dosage there could be differences between individuals in terms of the treatment response to the drug and the severity of side effects related to the drug. Genetic factors are responsible from the important part of these differences and all differences in the response to drug emerged from genetic factors are in the field of pharmacogenetics. Genetic factors effects through changing in the genes coding enzymes or protein which participates in the pharmacokinetics or pharmacodynamics of the drug. These changes defined as polymorphism and majority of them are single nucleotide polymorphisms (SNP; single nucleotide polymorphism) are affecting the activity of enzyme or protein positively or negatively and depending on their polymorphic properties response to drug could vary among individuals. The most studied and well known genes among genetic polymorphisms affecting drug response are the ones coding enzymes which take part in drug metabolism. Identification of the polymorphisms in these genes before treatment by genetic test application can provide ‘personalized’ drug usage, however, because of the lacking of prospective studies usage of these tests in clinics are limited [1-3].

Think of it this way, an individual using a drug which is activated with a specific CYP enzyme, if he/she is using another drug which inhibits the activity of the same CYP enzyme, the first drug will be inactivated. This also applies to the nutrients we gladly consume like grapefruit or our bad habits like smoking and alcohol. The work of individualized medicine is to develop boutique treatment methods to the needs of specific patient groups.

Despite the increase of studies conducted recently in the field of pharmacogenetics, the reason for the delay in transition to common clinical application is inconsistent/ contradictory results reported in the researches. As scientists, we think that individualization of cancer treatment will be possible in the future by the help of broad clinical studies related with pharmacogenetics. Widespread application of pharmacogenetics provides the most economical use of the limited opportunities and application of the most effective treatment (improvement in pharmacoeconomic indicators) in addition to individual benefits [4].

Today, pharmacogenetic science classifies a group of enzymes belonging to "Cytochrome P450 (CYP)" enzyme system functioning in metabolism of drug and most of the other materials taken from the outside and their excretion from the body according to structural differences in the genes. According to "Genomic Profile" most of which consists of the genes belonging to CYP enzymes, safe individualized treatment is carried out with the data of personal response to the more than 300 drugs, the interaction of these drugs with each other, interaction of drugs with nutrients, also interaction of tea, coffee, cigarette and alcohol with each other and with drugs. While the success rate of the treatment increases in psychiatric disorders with application of individualized therapies as a result of pharmacogenetic tests, it is reported that the severity and frequency of side effects is reduced [5,6].

Through cooperation of physicians with pharmacogenomics laboratory engaged in individualized medicine, physicians will not give a non-effective drug to their patients as well as they will prevent poisoning and death which occurs due to dosing errors [6]. Since innovation of pharmacogenetics for the treatment of all diseases is the hope for the treatment of especially cancer and psychiatric disorders, removal of economic barriers and closing the deficit to open the floodgates will be beneficial for mankind in terms of both cost and efficacy.

The authors have no financial relationships relevant to this article.

The authors have no conflicts of interest to disclosure.