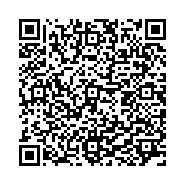 Semen Culture a Diagnostic Tool in the Diagnosis of Bacterial Prostatitis

Chronic prostatitis/chronic pelvic pain syndrome is a chronic pain disease with high prevalence rates and substantial health care costs. Chronic prostatitis syndrome is a common urological condition that many clinicians find difficult to diagnose and treat effectively. The significance and diagnostic value of semen analysis in bacterial prostatitis has been extensively debated and remains controversial. Our objective was to investigate the diagnostic accuracy of semen and urine culture in the diagnosis and treatment outcome of bacterial prostatitis.

The present study is based on a retrospective analysis of a database of over 600 patients (age range 17-57 years) who met the consensus criteria for bacterial prostatitis, 75% of whom had dysuria, 35% perineal discomfort, 60% had obstructive luts,37% infertility of unknown etiology, 10% erectile dysfunction and 25% recurrent infection of the partner. Segmented urine cultures and semen culture, were performed in all patients. Treatment was started as per the culture report and culture negative patients were treated empirically with quinolones group of antibiotics. Patients were followed up for 1 year to rule out disease recurrence.

The diagnosis of chronic prostatitis is difficult due to the absence of typical clinical symptoms and specific ultrasonographic signs. Our data support the usefulness of semen analysis in the diagnostic workup of prostatitis patients. Semen culture positive patient responded well to medications and recurrence rate was very minimal compared to urine positive and culture negative patients. In our clinical work-up, semen culture is considered the only tests necessary to diagnose bacterial prostatitis and also guide us through the treatment.