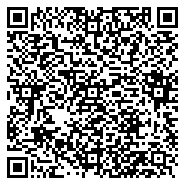 Background: Toxoplasma gondii (T. gondii) is a ubiquitous, coccidian intracellular protozoan parasite that causes toxoplasmosis. T. gondii infection acquired during pregnancy may result in severe damage or death of the fetus and long-term sequelae in offspring. So far, no documented data concerning the seroprevalence of T. gondii infection among pregnant women is available in the study area. Therefore, this study was aimed at determining of T. gondii sero-prevalence and associated factors among pregnant women attending in ante natal clinic (ANC) of Arba Minch hospital, southern Ethiopia.

Conclusion: The overall seroprevalence of T. gondii infection among pregnant women was high and serological evidence of primary infection was observed. Therefore, screening of Toxoplasma infection should be considered during ANC follow up. Moreover, health information about ways to minimize exposure to the risk factors should be provided with main focus on not eats raw meat and raw vegetables.

Toxoplasma gondii (T. gondii) is a causative agent of Toxoplasmosis disease; it is an intercellular parasite infected humans and other warm blooded animals. Globally approximately a half of the world populations are infected [1,2]. Bradyzoites, tachyzoites and the sporozoites in oocysts are the three infectious stages of T. gondii parasite to all hosts including human being [3]. Humans usually acquire T. gondii infection through consumption of raw or undercooked meat. It is also contracted through the consumption of improperly washed vegetables and fruits as well as drinking of water which contains oocysts. Moreover, trans placentally tachyzoites infect fetus in pregnant women [4,5].

Toxoplasmosis is normally asymptomatic in healthy individuals but can cause maternal-fetal transmission in women who acquire primary Toxoplasma infection during pregnancy [6,7]. The risk of vertical transmission and associated problems are determined by the gestational age at which the primary infection is acquired. Transmission to the fetus increases from the first trimester (10% to 24%) to the third trimester (60% to 90%), but the potential of congenital defect is more severe with earlier infections [8,9].

Diagnosis of toxoplasmosis in humans is performed using different techniques. Acute and latent T. gondii infections during pregnancy are mostly diagnosed by serological tests including detection of anti-T. gondii-specific IgM and IgG antibodies [10]. Latex agglutination (LA) testing, enzyme-linked immunosorbent assay (ELISA), and/or indirect fluorescent antibody testing (IFAT) are some of the tests that used to detect the antibodies [11].

A facility based cross sectional study was conducted in Arba Minch Hospital ANC clinics. Arba Minch hospital is found in Arba Minch Town located 505 kilometers in the southern part from Addis Ababa, capital city of Ethiopia and serves more than 2 million people in South Nations Nationalities and Peoples Regional State in Ethiopia. The hospital provides services such as Out Patient Department, Inpatients (medical, surgical, obstetrics and gynecology), ophthalmology, MCH, pharmacy, laboratory and ART and TB clinics. The study was conducted from February to April, 2015.

Sample size was determined using single population proportion formula to estimate the prevalence of T. gondii and HBV infection among pregnant mothers attending ANC in Arba Minch general hospital (large project). The sample size is calculated based on the following assumptions: prevalence of T. gondii infection among pregnant women 83.6% in Jimma [17] and prevalence of HBV in Mekelle (8.1%) [21]; 95% level of confidence, 5% margin of error and 10% non-response. Considering all the above constants the calculated sample size for T. gondii infection and HBV was 232 and 126. Finally, the larger sample size (232) was taken. Systematic sampling technique was used to recruit pregnant mothers in the study. A total of 696 pregnant women attended the ANC clinic during the past three months before study was initiated. This number was divided for the sample size to get the sample interval (k value) which is 3. Therefore, every 3rd mother attending the clinic was enrolled in to the study until the calculated sample size was achieved within three months of data collection.

All collected data from questionnaire and laboratory were checked for completeness and consistency, and then the data was entered into computer, cleaned and analyzed using SPSS version 20.0 software package. Descriptive statistics was performed to describe demographic profile of the study participants. Bivariate and multivariate logistic regressions were used to assess the association between potential risk factors considered and T. gondii infection. Variables with pvalue <0.25 by the bivariate analysis were entered into multivariate model. At multivariate logistic regression, p-value <0.05 was considered as statistically significant for all variables.

Seropositivity rate with respect to the presence of cats at home, 33 (14.2%) reported cat’s presence, of which 87.9% (n=29) were found to be seropositive. In the present study 16 (6.9%) pregnant women had history of blood transfusion, of which 12 (75%) were seropositive. Forty (17.2%) of the study participants had reported to have a history of engagement in farming/gardening activities, which could indicate contact with soil and 32 (80%) of them were seropositive (Table 2).

In the current study, the overall seroprevalence of T. gondii infection among pregnant women was 79.3% (95%CI; 73.7-84.5). One hundred seventy five (75.43%) were only IgG seropositive, 9 (3.9%) were IgM sero-positive and two of the nine pregnant women were positive for both IgG and IgM. Overall 9 (3.9%) pregnant women were positive for IgM antibodies. Presence of IgM antibodies during pregnancy shows the presence of acute T. gondii infection and an indication of higher risk of maternal-fetal transmission [22]. Previous study in this regard indicated that in the absence of treatment the risk of congenital infection from acute T. gondii infection during pregnancy is about 50% [23]. Early diagnosis of infections in pregnant mothers is of great importance for early initiation of measures that reduces the risk of transmission and possible sequels on the newborn. Therefore, screening of Toxoplasma infection should be considered as a part of the antenatal investigation during ANC follow up.

The other predictor of T. gondii seropositivity in this study is consumption of raw vegetables or fruits, significant association was observed between T. gondii seropositivity and eating raw vegetables or fruits. This finding is in agreement with study done in Central Ethiopia [18] and Nigeria [27]. In contrast, studies surveys done in pregnant women in South china [36], Addis Ababa [25] and Felege Hiwot Hospital [31] reported no significant association between the habit of eating raw/ unwashed vegetables and fruits and T. gondii infection. The observed differences might be due to differences in feeding habit and hygienic practices of the studied population.

Cats excrete millions of oocysts within a short period of time and play a major role in transmitting T. gondii. However, the current study showed that the presence of cats at home was not significantly associated with T. gondii seropositivity (Table 2). Similar findings were observed in Saudi Arabia [34], Tobago [28] and Turkey [35]. On the other hand, others documented significant association of cat ownership with T. gondii infection [17,30,36]. Differences in the types of cats as well as infection rates in cats may account for the observed differences.

In this study, seroprevalence was found to be higher in age groups [35-38] and T. gondii seropositivity was not significantly differed by age (Table 2). This is an agreement with previous studies [25,26]. In contrast, studies in Jimma [17], Turkey [35] and Burkina Faso [40] documented significance difference by age. In summary, all socio-demographic and obstetric (trimester, gravidity) factors assessed none were significantly associated with T. gondii seropositivity [41].

Similar to most studies the overall seroprevalence of T. gondii infection was high among pregnant women and serological evidence of primary infection was observed. The high prevalence and presences of primary infection in pregnant women alert the requirement and the need of routine screening of the infection. Therefore, screening of Toxoplasma infection should be considered during ANC follow up. Consumption of raw meat and raw vegetable or fruits was the main predictors of acquiring T. gondii infection among the study participants. Therefore, Health information should be provided to all pregnant women and women who are considering become pregnant on the risk factors predisposing to Toxoplasma infection. Moreover, further studies are recommended to determine incidence of Congenital Toxoplasmosis in the study area.