Collection of sample: 5ml of blood was collected intravenously from patients, the samples were allowed to clot in a test tube and were spun, the serum was separated from the cell and serum was used.

It was mixed well.

It can also be allow at room temperature for 30 minutes. CALCULATION

Method of Determination of Albumin (Table 2).

This was mixed thoroughly and kept at room temperature for exactly 10mins. The intensity of the test and standard measured by setting blank at 100%-T, by using 640nm (red filter).

Potassium filter was used to zero the mark on flame photometer, this was adjust by spraying demonized water. The working standard was sprayed and adjusted to 70.

1. 0.5ml of serum or standard was placed respectively, into an Erlenmeyer flask, or use test tube. It was added in succession, 3.5ml of water, 0.5ml of 0.36 molar sulfuric acid and 0.5ml of sodium tungstate reagent it was mixed well, allowed to stand for 5min and centrifuge. (this procedure gives a modified filinwu protein -free filtrate)

2. 2ml of clear supernatant fluid was transferred into a suitable titration vessel and added 0.1ml

In a 5ml conical flask, 0.25ml of (02 free distilled and mixed, 1.2 ml of cone Hcl was added to the mixture and mixed (2 drops) of diphenylcarbazone solution. Titrated with mercuric nitrate solution from a microburet, calibrated in intervals of 0.05ml and capable of delivering drops equal to not more than 0.02ml. Burets with a fine glass tip are satisfactory but hypodermic needles should not be used as tips, since the metal react with mercuric nitrate solution when approaching the end point (the appearance was a faint blue-violet colour), add the mercuric nitrate solution was added in amounts not greater than 0.02ml at a time. Approximately 2.0ml of reagent was used to titrate a serum sample with normal chloride concentration.

Titration of unknown (In mc)

Where 0.02 = mmol chloride ml of standard

A total number of 70 samples were used for both the test and control. 50 samples (subjects) myeloproliferative disorder patients in UNTH, aged between 20 years to 50 years - Among these patients were both male and female (26 male and 24 female). 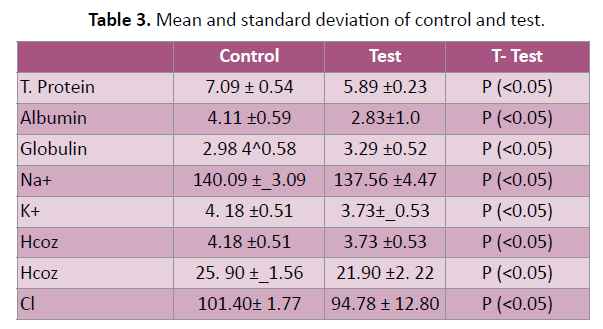 Table 3: Mean and standard deviation of control and test. 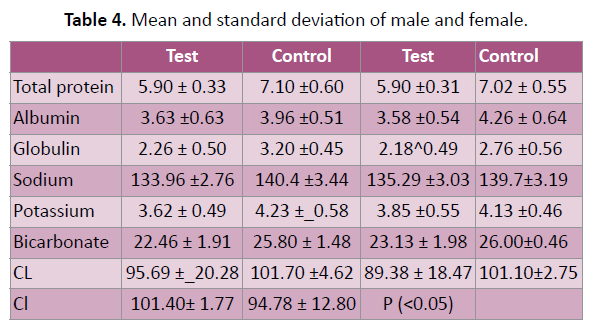 Table 4: Mean and standard deviation of male and female.

From the observation made so far, the mean total protein and albumin were found to be 5.89 ±0.23 and 2.83 ± 1.0 respectively, with non myeloproliferative levels of 7.09 ±.0.54 and 4.11 ±0.59. This comparison shows that the total protein and albumin fall below the non-myeloproliferative, showing that there is a low significance P (< 0.05) Globulin, level fall within the non myeloproliferative if 2.29 ± 0.52 and 2.98 + 0.58 respectively. In the cause of these decreased levels of total protein and albumin - clinically acute change in concentration, like those of all proteins, reflect the ratio of protein to fluid in the vascular compartments. A raised total plasma protein free fluid from normal cell to uncontrolled growth cell. Also since the liver take part in the formation of erythrocytes, these uncontrolled cells coming to the liver might cause liver cirrhosis because the liver can only produce erythrocytes from the normal cells and the protein concentration in / from the liver will change. Albumin is being synthesized by the liver from normal cells. There will be less production of albumin from the liver- Homoestatic levels are to be affected since albumin also maintains homeostatic [5].

Globulin, the proliferation of these cells is mostly white blood cells in this disease state but there are still normal population of these globulins that make them to fall between the normal ranges. Also immunoglobulin being synthesized by the B-Lymphocytes in response to the sum of immunogeic stimulation. Since B-Lymphocytes are bone marrow products, myeloproliferative disorder will affect the normal production of B- Lymphocytes for syntheses of globulin, which supposed to be higher than its level in this disease [5].

In chloride, mean serum is also significantly low as others: Generally, this investigation was observed that the uncontrolled proliferative of cells prohibits then normal functions of the electrolytes. Some of the likely abnormalities are improper exchange of sodium at the differential concentration is maintained by cell surface energy dependent sodium/potassium ATPase pump. Haemoglobulin is an important blood buffer, this works effectively in cooperation with bicarbonate system. Ph= + log [Hb-]/HHb so this uncontrolled cell growth in the bone marrow will not help in poorer formations of erythrocytes which work better with bicarbonate an important blood buffer. In turn if there is low erythrocytes concentration, there will be low concentration of carbonate dehydratase which catalysed the dissociation of carbonic acid from co2 and H2o to produce bicarbonate co2 + H2o H2co3 H+ + Hco3

For the exchange of bicarbonate to chloride, if there is bicarbonate depletion it will lead to hyper chloraemic acidosis. Secondly, the male and female mean and standard deviation with their control were determined-

This investigation shows the relationship between the formation of uncontrolled cells growth, serum electrolytes and serum protein level. Some of the proteins and electrolytes are either synthesized or absorbed from by the cells for their normal function. There is a probability that any interference (myeloproliferative disorder) or effect on their production or absorbing, will affect their normal activity which is considered harmful to the system.