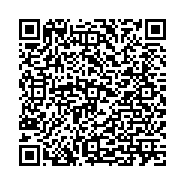 Febrile seizures are the most common seizures in the childhood. The exact aetiopathogenesis of febrile seizures is unknown. Objectives: The present study was conducted to evaluate the serum Zinc (Zn), Copper (Cu), Magnesium (Mg) and plasma Malondialdehyde (MDA) levels in patients with febrile seizures (FS). Methods: The study subjects included 20 cases of children with FS, 20 children with only fever and 20 healthy children as controls. Children of 6months â€“ 5 yrs were included in the study group. The Zn, Cu, MDA levels were analyzed by spectrophotometer and Mg by auto analyzer. Results: The mean serum Zn and Mg values were significantly decreased in FS in comparison to children with only fever and control group (P < 0.05). The mean serum Cu and plasma MDA levels were increased in FS children when compared with other two groups (P < 0.05). Conclusion: The findings of the present study suggest that high serum Cu and plasma MDA; reduced serum Zn and Mg may be responsible for enhanced neuronal excitability in children with febrile seizures.

Febrile seizures (FS) are the most common seizures seen in the pediatric population mainly in children less than 5 years old [1]. Around 2-5% of all children can develop one or more episodes of FS and about one third of them experience recurrence, if prophylactic therapy is not given [2].

The exact pathogenesis of febrile seizure is not fully understood but involves several factors like genetic predisposition, changes in the levels of neurotransmitters and some trace elements like copper, zinc and magnesium. Free radicals by its effect of lipid peroxidation are responsible for disruption of cell membranes may subsequently cause FS.

Age group 6 months 5 years and both male and female children are included in the study. Children with CNS infections, previous history of afebrile seizures, underlying CNS abnormality and febrile seizures occurring < 6 months or >5 years of age were excluded from the study. Study variables included serum copper, serum zinc, serum magnesium and plasma malondialdehyde (MDA). Informed consent was taken from the parents of all the children and the study was approved by the ethical and research committee of our institute.

5ml of blood was collected from the children immediately after admission. Samples were also collected from the controls, under aseptic precautionary measures by using disposable syringe. Out of this 1ml of whole blood was used for estimation of malondialdehyde. Remaining 4ml of blood was allowed to stand for some time and the serum was separated and used for estimating Copper, Zinc, and Magnesium. All assays were performed within 48 hours of separation of serum. The collected samples were stored airtight at 2°C - 8°C in the refrigerator.

All glassware and other apparatus (eppendorf tubes, tips of autopipette, etc.) used for the experiments were thoroughly washed initially with detergent solution and then kept in 3 N HCl for 24 hours and then washed with double distilled deionized (DDDI) water three times and then dried before used. All possible precautionary measures were taken to prevent any trace metal contamination during all stages of procedure. All colorimetric readings were taken using double beam spectrophotometer.

Descriptive statistical analysis has been carried out in the present study. Results on continuous measurements are presented on Mean ± SD (Min-Max) and results on categorical measurements are presented in number (%). Significance is assessed at 5 % level of significance. The following assumptions on data are made that is Dependent variables should be normally distributed and Samples drawn from the population should be random; cases of the samples should be independent.

The mean level of MDA in controls was 6.35±0.62 nmol/ml .The value in children with febrile seizures was 12.19±1.46 nmol/ml and in children with only fever was 6.89±0.49nmol/ ml. The level was significantly increased (p < 0.001) in the group III as compared to Group I. But, there was no significant difference in MDA level among groups III and II.

Febrile seizure is the most common disorder in childhood with good prognosis. There are different hypothesis about changes in trace elements and neurotransmitters in biological fluids which can have a role in pathogenesis of febrile seizures [3].

The increased copper levels in serum may be due to the effect of increased hepatic synthesis or due to the decreased breakdown or both, altered intestinal absorption and altered excretion patterns, changes in the distribution among body tissues or a combination of the above factors [10].

However, Children with only fever also had a significant increase in serum copper levels as compared to the Healthy children. This variation in copper values might be due to some unknown factors which need to be further evaluated. In this study a significantly low serum zinc level was found in patients with febrile seizures as compared to the other groups. This is in accordance with the studies of Papierkowski et al [11], Burhanoglu et al [12], Gunduz et al [13], Fahimeh Ehsanipour et al8 and Mishra et al. However, Garty et al’s findings do not support the hypothesis that febrile seizures are related to reduce zinc levels [14].

In our study, children with only fever group also had a significant reduction in serum zinc levels compared to the healthy children group. This finding is in accordance with the study done by Fahimeh Ehsanipour et al [8].

Izumi et al proposed that the hypozincemia during fever trigger the NMDA receptor, one of the members of glutamate family of receptors, which may play an important role in the initiation of epileptic discharge during febrile seizures [15].

Zinc stimulates the activity of pyridoxal kinase, which is involved in the synthesis of pyridoxal phosphate from pyridoxal. Pyridoxal phosphate in turn stimulates the activity of glutamic acid decarboxylase catalyzing GABA synthesis. Zinc may also interact with postsynaptic receptors to facilitate GABA action. Hence, a decrease in Zn concentration results in lowering of GABA level which can precipitate seizures [16]. Thus, decreased Zn levels in children with FS may be the basic etiology for the occurrence of seizures in the children.

In Our study, there was significant reduction in serum Mg values in FS in comparison to children with only fever and healthy children. Fahimeh Ehsanipour et al8, Sadinejad et al [17], Papierkowski et al [11] also reported similar findings in their studies. But there is no significant changes observed among the other two groups.

Rude hypothesized that magnesium deficiency is responsible for the hyper- excitability of neurons [18]. It is known that normally Mg2+ binds to NMDA receptor channel producing a voltage dependent block thereby decreasing synaptic transmission [3]. Therefore, a decrease in serum Mg concentration in children with FS may also act as precipitating event for seizures with onset of fever.

The plasma MDA level was significantly increased in the febrile seizures group compared to the other groups in accordance with the studies conducted by Akarsu et al [19] and Sezgin Gunes et al [6].

Malondialdehyde, an indicator of lipid peroxidation and oxidative stress, is the end product of PUFA peroxidation. Increased amounts of MDA reflect loss of fatty acids, which leads to cell membrane damage and cell death. Although it is well known that epileptic seizures cause oxidative stress, the effect of febrile seizures on oxidative balance is not clear [20]. Oxidative stress is a generalized finding that may be seen in other diseases also and only one parameter may not be sufficient to conclude the presence and the nature of the oxidative stress.

Trace metals are important components in human body. They have diverse functions and they are associated with several macromolecules. Zinc and copper being important trace metals which maintain physiological homeostasis in human body. This study was conducted to find out and compare any possible role of serum zinc, copper, magnesium and oxidative stress marker namely MDA between children with febrile seizures, children with only fever and healthy children.

Thus, the increased oxidative stress and altered serum trace elements levels along with hypomagnesemia may act as precipitating factors in the causation of seizures in febrile children.

It may be concluded that there is a relationship between levels of MDA, zinc, magnesium, copper and incident of febrile convulsion in children. Therefore, more research with larger sample size is suggested for better evaluation.

In addition, it is suggested to conduct a study to determine the effect of consuming supplementary zinc and magnesium as preventive measure for febrile convulsion in children.