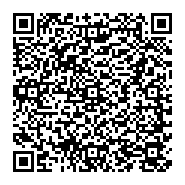 Background: Mild traumatic brain injury (mTBI) is the major cause of neurobehavioral disorder. It often causes persistent and progressive symptoms, such as mental disorder, dizziness and balance problems. The relationship between subjective measurement of balance and the objective instrument of dizziness remains unclear.

Methods and findings: We enrolled 210 mTBI patients, including 94 patients with dizziness problems and 116 patients without dizziness problems. The participants completed the dizziness handicap inventory (DHI) and stability and sway indices through the Biodex stability System. A Box-Cox transformation for each index was performed to assess the linear regression relationship with all aspects (physical, emotional, and functional) of the DHI. After a propensity score adjustment, gender and age were significant predictors for all stability and sway indices. In addition, body height was a significant factor in balance test results when eyes were open. Furthermore, the emotional aspect of the DHI significantly correlated with stability and sway indices, except the mediolateral stability index (MLSI).

Conclusion: The three aspects of the subjective instrument of dizziness were significantly related with anxiety, depression and sleep problems. For mTBI patients, the objective changes in balance were associated with the emotional aspect of DHI.

Traumatic brain injury (TBI) is one of the major causes of neurobehavioral disorder [1]. The severity of TBI is categorized by the Glasgow Coma Scale (GCS) [2]. Approximately 90% of traumatic brain injuries are mild (GCS 13-15) and cannot be detected with computed tomography. Mild traumatic brain injury (mTBI) also has neurodegeneration implications leading to significant socioeconomic impact [3]. The number of reports of mTBI has increased significantly recently. While most mTBI patients recover within 3 months post-injury, approximately 15 percent of these patients have persistent post-traumatic symptoms which are grouped into three categories: (1) physical (headache, balance problems, dizziness, etc.), (2) cognitive (difficulty concentrating, etc.), and (3) behavioral /emotional (depression, anxiety, sleep problems, etc.). Several studies have made it clear that the acute phase of TBI carries the risk of depression, anxiety and sleep degradation [4,5]. Also, the problem in dizziness is one of most common complaints of mTBI patients., In general, vertigo and dizziness are typically indicative of inner-ear diseases as opposed to central nervous system diseases, and these patients with dizziness problems often suffer from depression and anxiety as well [5,6]. Additionally, Kayabasi et al. found that subjects who suffered from severe obstructive sleep apnea commonly showed abnormal vestibular responses [7]. Since patients with TBI have an increased risk of further injury [8], a focus on non-specific mTBI symptoms such as dizziness, insomnia, and anxiety may allow for predictions on the balance disorders experienced by these patients. Many studies have examined the effect of mTBI in veteran and military populations, in which comparisons between the subjective and objective measurements of balance disorders have been conducted [9,10]. In one study on patients in the aftermath of general TBI (GCS 3-15), an analysis of a total of 20 patients (10 TBI patients and 10 matched controls) showed a significant relationship between the objective changes in balance or postural equilibrium and subjective complaints of dizziness [9]. However, these symptoms are often less obvious in mTBI patients and predictions are therefore clinically difficult.

Since the increased risk of subsequent falls may correlate with dizziness or imbalance, the relationship between dizziness and balance in mTBI patients requires additional investigation. In this study, the non-military mTBI patients were studied with regard to the relationship between the subjective measurement of DHI and the objective clinical measure of balance impairment.

The patients were recruited from three hospitals (Taipei Medical University Hospital, Wan Fang Hospital, and Shuang-Ho Hospital) between June 2012 and June 2014. This study was approved by the Taipei Medical University Joint Institutional Review Board (No.201003008, 201302027). A total of 1,157 mTBI patients were recruited for our study, and 286 (24.72%) patients enrolled with written informed consent. Among these 286 patients, 210 (73.43%) completed the questionnaires and all balance tests within one month of experiencing an mTBI. Upon protocol approval, 89 men and 121 women, aged older than 20 years, who had an mTBI as documented by their medical records through the following criteria: Glasgow coma score (GCS) of 13-15, and negative Computer Tomography (CT). Exclusion criteria included history of previous traumatic brain injury, cerebrovascular disease, and severe systemic medical illness.

The Dizziness Handicap Inventory (DHI) is a 25-item instrument used to evaluate individual handicap results from dizziness symptoms, composed of physical, emotional and functional aspects [12]. There are three possible scores: 0 for never, 2 for sometimes and 4 for always. The total score ranges from 0 to 100, with the emotional, physical and functional aspects contributing 36, 28 and 36 points, respectively.

The Chinese version of the DHI (Intraclass correlation coefficient 0.64, Cronbach alpha coefficient>0.7) was used [13]. A higher score indicates a greater degree of impairment.

Anxiety and Depression were assessed using the Beck anxiety inventory and Beck depression inventory, respectively [14,15]. Both inventories consisted of 21 items and each item score ranged from 0 to 3, with the total score ranging from 0 to 63. The PSQI is a self-report questionnaire which contains a global sleep quality score and seven components: sleep latency, sleep efficiency, sleep disturbance, sleep medication, daytime dysfunction, sleep quality, and sleep duration [16]. The score for each of these components also ranges from 0 to 3, and the global score ranges from 0 to 21. For all three questionnaires, higher score indicated more severe problems. The Chinese version of BAI, BDI, and PSQI were used for all the patients in our study [17,18].

Demographic data were showed and the psychometric data, as well as balance index data between two groups were compared by the student T-test and a nonparametric method, Mann-Whitney U test, for normal and abnormal continuous data, respectively.

A chi-square test was used to compare categorical data. The relationships among psychometric data and balance indices were assessed using the Pearson correlation coefficient and stepwise regression analysis. In addition, a propensity score model was included in the model in order to reduce the bias caused by confounders [19]. The Box-Cox Transformations was used for skewed outcomes [20], and the level of statistical significance was set at p<0.05. Statistical analyses were performed using R 3.1.2 (R Foundation for Statistical Computing, Vienna, Austria).

The association between the DHI components and other mental problem scores are shown in Table 3. All three questionnaires were self-reported and showed a significant mild to moderate correlation with each DHI component, especially for the BAI. As the anxiety score increased, so did the emotional aspect score of the DHI (correlation coefficient 0.616), in addition to other aspects of the DHI. For depression, the BDI score showed a significant moderate relationship with the emotional aspect of the DHI.

The propensity scores model, including the BAI, BDI, and PSIQ, were assessed and considered in the final model because all three mental problems were correlated with DHI components. Figure 1 shows that all of the indices were abnormally distributed. Therefore, all regression analyses required the Box-Cox transformation to correct for residuals, and the corresponding transferred coefficients (λ) are shown in Table 4. It is important for clinicians to assess the physical conditions of mTBI patients through periodic clinical follow-ups, so they can assess the need for medical intervention. The strongly impaired balance in postural stability and sensory integration of mTBI patients were studied in comparison with healthy control participants [21]. The main goal of this study was to determine whether a more objective method of measurement could quantify the subjective complaints of dizziness. For the analysis of subjective complaints, the relationship between DHI scores and balance indices were assessed.

A higher level of handicap due to dizziness was anticipated for older people with physical degeneration, but there was no significant correlation between age and each aspect of the DHI in mTBI participants. Anxiety, depression and sleep problems were significantly related to the three aspects of the DHI and the total scores. The greatest correlation was found with the emotional aspect of the DHI when compared with other aspects of the DHI. In addition, all DHI components were highly related to anxiety.

The correlations between height and balance scores were significant when assessed directly. Interestingly, as body height increased, the balance indices increased and balance problems became worse. One possible explanation is that the effect of age and the one-by-one correlation coefficients did not consider other factors. Additionally, subjects of elderly age might have shorter heights overall.

There are other limitations to our study besides weak correlations. Firstly, there was no longitudinal observation. A 6 month or 1 year study would have been preferable for the assessment of changes in dizziness and balance for mTBI participants.

Secondly, anxiety or depression occurs more often in patients with post-traumatic stress disorder (PTSD) or PTSD with mTBI than in those who only had mTBI [22]. In our study, we did not evaluate PTSD and the problem of dizziness in mTBI with PTSD might be more serious than that in mTBI without PTSD.

In conclusion, the clinical application of the balance test for assessment of post-mTBI patients confirms emotional consequences of patients with dizziness. Additional information obtained through other tests and/or biomarkers [23] may be required for an adequate objective assessment of patient conditions.