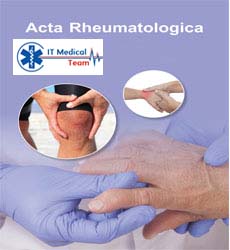 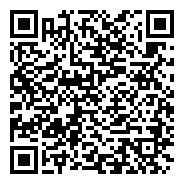 Signs and Symptoms of Ankylosing Spondylitis

Ankylosing spondylitis (AS) is a kind of arthritis that causes longterm inflammation of the spine's joints. The joints where the spine meets the pelvis are frequently impacted. Other joints, such as the shoulders or hips, are occasionally involved. Eye and gastrointestinal issues are also possible. Back discomfort is a common symptom of AS, and it comes and goes. Ankylosing spondylitis has a lengthy history, with Galen distinguishing it from rheumatoid arthritis as early as the 2nd century AD [1]. Skeletal evidence of the disease (ossification of joints and entheses particularly of the axial skeleton, known as "bamboo spine") was thought to be discovered in the skeletal remains of a 5000-yearold Egyptian mummy [2].

However, a later report revealed that this was not the case. Realdo Colombo, an anatomist and surgeon, described what could have been the disease in 1559, while Bernard Connor published the first account of pathologic changes to the skeleton likely connected with AS in 1691 [3]. In general, the stiffness of the afflicted joints worsens over time. Ankylosing spondylitis has no known treatment. Treatments may alleviate symptoms and prevent them from worsening. Medication, exercise, physical therapy, and, in rare situations, surgery may be used. NSAIDs, steroids, DMARDs such as sulfasalazine, and biologic medicines such as TNF inhibitors are among the medications utilised. The signs and symptoms of ankylosing spondylitis frequently arise gradually, with the peak onset occurring between the ages of 20 and 30. The most common initial symptoms are chronic dull discomfort in the lower back or gluteal region, as well as lower back stiffness. Individuals frequently endure discomfort and stiffness that causes them to awaken in the early morning hours. As the condition proceeds, there is a loss of spinal mobility and chest expansion, as well as a limitation of anterior flexion, lateral flexion, and lumbar spine extension [4]. Weight loss, fever, and exhaustion are all frequent systemic symptoms.

Pain is frequently severe at rest but may improve with physical exercise; nevertheless, inflammation and pain may reoccur to variable degrees regardless of rest or movement [5]. As it can develop in any portion of the spine or the entire spine, with pain transferred from the sacroiliac joint to one or both buttocks or the back of the thigh. Hip and shoulder arthritis are also possible.

When the illness manifests itself before the age of 18Ankylosing spondylitis (AS) is a rheumatic illness that affects the entire body [6]. The disorder affects 1-2% of people who have the HLA-B27 genotype. Approximately 85% of persons with AS have the HLA-B27 genotype, indicating a strong genetic link. Tumor necrosis factor-alpha (TNF) and interleukin-1 (IL-1) have also been linked to ankylosing spondylitis. AS-specific autoantibodies have yet to be discovered. Anti-neutrophil cytoplasmic antibodies (ANCAs) are linked to AS but not to disease severity. A/G mutation rs10440635 on human chromosome 5 near the PTGER4 gene has been linked to an increase in the frequency of instances of ankylosing spondylitis in a population recruited from the United Kingdom, Australia, and Canada. The PTGER4 gene encodes the prostaglandin EP4 receptor (EP4), one of four prostaglandin E2 receptors. EP4 activation promotes bone remodelling and deposition, and EP4 is strongly expressed at ankylosing spondylitis-related vertebral column locations [7].