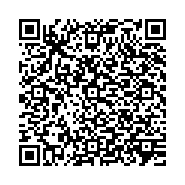 The number of medications currently on the market is incalculable, and their prescription is steadily increasing, raising the risk of severe effects. Currently, the entire population is exposed to a variety of pharmacologic substances, the majority of which are toxic and used without scientific explanation. Even more pharmaceuticals are consumed without medical supervision or prescription, unintentionally, with food, herbal remedies, and over-the-counter medications. This result in widespread toxicity that is difficult to detect, frequently goes unnoticed, and can be highly harmful.

Afro-Brazilian population claims to health system access increased in the second half of the 20th century. They had a strong participation of popular movements and supported the process that originated the Sanitary Reform and the Brazilian Unified Health System (SUS) in the future. However, even though this developing system promoted universality, equity and integrity concepts, an environment of inequalities, differences and iniquities was its real configuration. The Annual Report of Racial Inequalities in Brazil (2009-2010) showed a scenario of inequalities that varied from reproductive health to dental treatment It emphasized the disregard for the well-being of social groups that are victims of racism, which is designed as a socio and historical determined context. Thus, in Brazil of the 21st century, white, Afro-Brazilian (Black and Pardo) and Indigenous populations still occupy different social spaces, which reflects directly in the most common social indicators like schooling, work and health conditions Thus, race as well as gender and sexual orientation are social markers of difference, i.e. an explanatory variable for inequalities.

Our hypothesis is that despite government efforts and discussion generated on society, Public Inclusion Policies have become incipient as they do not reach this population as a whole and have discrete counter measurements when they do so. But the extent to which social disparities show the health care character of the Afro-Brazilian population is still not quite clear in literature [1-5].

Based on the government point of view, the Brazilian Department of Health published the Política Nacional de Saúde Integral da População Negra (PNSIPN - Integral Health National Policy of the Black Population) in 2009, approved by the National Health Board in 2006 and that has been discussed since the creation of the Afro- Brazilian population Technical Committee of Health in 2004. Sao Paulo State was the precursor in this process, because it was the first to incorporate the “race/color” subject in 1990 in health information systems, even though it was done only because of the popular pressure. Nevertheless, the population and health professionals seem to be unaware of how racism impacts on life, access to services and quality of care. It shows the need of a continuous elaboration of studies in order to acquire updated data that reinforce race equality fight. This study was based on the following guiding question: what is the health epidemiological profile of the Afro-Brazilian population? This review highlights Afro-Brazilian people as important ethnic creators in Brazil, influencing several national sociocultural manifestations. However, historically, Afro-Brazilian people have not been included as a target population for state policies and only after the 1988 Brazilian Constitution did social discussions by these and other minority groups gain strength in the national debate.

Our hypothesis is that despite government efforts and discussion generated on society, Public Inclusion Policies have become incipient as they do not reach this population as a whole and have discrete counter measurements when they do so. But the extent to which social disparities show the health care character of the Afro-Brazilian population is still not quite clear in literature.

The views presented in this paper are of the authors and not of the organizations they represent.