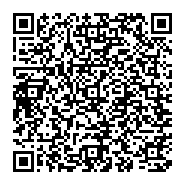 Creutzfeldt–Jacob disease (CJD) is a rare neurodegenerative disease with a rapid progressive course. Clinically, general symptoms include progressive dementia, ataxia, myoclonus and akinetic mutism, in addition to other presentations such as alien hand. Here, we describe a patient with symptoms resembling corticobasal degeneration (CBD) who was diagnosed with CJD at follow up.

We present a case of a 69-year-old female with asymmetrical dystonia and clumsiness of the left upper extremity, rapidly progressive cognitive decline, and other CBS symptoms. The patient was finally diagnosed with CJD based on EEG findings, radiological findings, and cerebrospinal fluid (CSF) data. This aim of this case report is to draw attention to the unusual clinical presentation of this CJD case.

A 69-year-old, right-hand dominant female consulted our clinic with symptoms of clumsiness noticed by her family, in addition to weakness of her left arm and visual disturbance. She had presented to another outpatient clinic with symptoms of visual disturbance and dizziness 2 months earlier and all the clinical investigations were normal. Her family stated that when she tried to look directly at an object or reach for an object, she was unable to focus. She also encountered difficulties performing routine daily tasks such as using a knife, cooking and brushing her teeth. The patient had no specific medical history, and her physical examination was normal. She had left hemianopsia, left upper extremity dystonia, especially at adduction and flexion positions, and minimal rigidity. Her motor and sensory examinations were normal. The patient also had ideomotor apraxia, ideational apraxia, and very marked truncal ataxia, and after a few days she had developed left hemineglect. Based on these clinical symptoms, the patient was initially diagnosed with CBD.

The patient underwent detailed clinical examinations to formulate differential diagnoses. Diffusion weighted MRI (DWI) imaging depicted diffusion restriction at the right nucleus caudatus, anterior putamen, and bilateral parieto-occipital gyral areas, predominantly in the right hemisphere (Figures 1a and 1b). Routine laboratory investigations (a complete blood count, biochemistry, serology, etc.) were normal. Paraneoplastic markers and vasculitic biomarkers were all negative. In the examination of cerebrospinal fluid (CSF), protein and glucose levels were normal (glucose 82 mg/dl; protein 40 mg/dl), and no cells were detected. Given the rapid progressive clinical course and asymmetrical nucleus caudatus and cortical diffusion restrictions, CSF was sent to two independent laboratories for detection of the 14-3-3 protein biomarker. The results of both laboratories were positive. Serial EEG examinations were performed. The first EEG showed diffuse slow-wave baseline activity in both hemispheric regions. On subsequent EEGs, bilateral sharp and slow-wave paroxysmal activity (Figures 2a and 2b) was observed, in addition to irregular slow-wave activity. In light of the presence of diffuse myoclonia at follow up, the patient was started on levetiracetam therapy. Figure 2: (a) The first EEG of patient at admission. (b) Second EEG performed after fifteen days.

Over the following weeks, in addition to the CBD symptoms, the patient developed dysphagia and speech difficulties. The patient was transferred to another hospital by her family after 2 months of clinical observation and died 4 months after the initial diagnosis.

CJD is a rare fatal neurodegenerative disease and is the most frequent subtype of the spongiform encephalopathies. Sporadic CJD is the most common type (90% of cases) and mostly occurs between the ages of 50–70. It is characterized by rapidly progressive multifocal dementia, with myoclonia [3]. Sporadic CJD is also associated with personality changes, cerebellar system symptoms other than dementia, and ocular system symptoms. Vocal or tactile myoclonia accompanies the symptoms in the majority of patients. Pyramidal, extrapyramidal system disorders, epileptic seizures, and akinetic mutism can also develop at later stages of the disease [4,5].

Cranial MRI is also very valuable in the diagnosis of CJD. The signal hyperintensity in the cortical and deep gray matter of the brain in T2A and FLAIR sequences and diffusion restrictions in DWI are typical of the sporadic form of the disease. The nucleus caudatus and putamen, insula, cingulate, and superior frontal gyri are usually affected [8]. In variant CJD, the signal hyperintensity at the pulvinar thalamus is pathognomonic and is known as the “pulvinar sign” or “hockey-stick sign”. DWI screening is accepted as the most sensitive diagnostic MRI sequence for CJD [9].

In the current case, on the first cranial MRI, hyperintensity was detected in the right nucleus caudatus, bilateral frontal cortical and parieto-occipital on the diffusion-weighted and FLAIR sequences. As the disease progressed, the bilateral nucleus caudatus was also affected, and the hyperintensities of the frontal cortical and parieto-occipital regions were more significant (Figures 1a and 1b).

The detection of the 14-3-3 protein in the CSF supported the diagnosis of CJD. The diagnostic specificity and sensitivity of the positivity of this protein for CJD were both reported to be 92% [10].

CBD is generally a slow, progressive disease. However, occasionally, it may start abruptly and progress rapidly therefore can easily be confused with CJD. The cerebral cortex and basal ganglia are affected in both diseases so the clinical symptoms can be similar [11]. Limb clumsiness is the most common presentation in CBD (67%) while isolated sensory symptoms occurred in only 8%. On the contrary, limb sensory disturbance was the most common initial complaint in CJD (50%) followed by limb clumsiness (35%) [11]. In CBD, myoclonus and alien hand occurred after one year from disease onset but much more earlier in CJD patients [11].

In Lee W. and his friend’s study of 20 patients diagnosed as CBD-CJD, the most common initial symptoms were apraxia (70%) and alien hand (85%). The most common movement disorders were myoclonia (80%) and dystonia (45%). The duration from disease onset to death was averagely 5 months. The 53% of the patients had typical EEG pattern. 17 patients were performed cranial MRI and 7 of them restricted diffusion at cerebral cortices and basal ganglia [13].

In the present case, the initial diagnosis was CBD because of the presence of asymmetrical dystonic posture and apraxia of the left arm and hand, cortical desensitization deficits at the left side of the body, asymmetrical rigidity, and Parkinsonism symptoms. However, at the 2-week follow up, myoclonia, dysphagia, and speech disorders were observed, and these symptoms progressed rapidly. As a result, the final diagnosis was CJD. The patient’s condition continued to deteoriate, and she died 4 months after the initial diagnosis.

In summary, CJD is a rapidly progressive degenerative disease with a broad spectrum of clinical symptoms. The characteristic EEG and cranial MRI data and the 14-3-3 protein positivity in CSF are of great importance whenever the differential diagnosis cannot be based on clinical symptoms. CJD can mimic all other neurodegenerative diseases and it progresses rapidly therefore to achieve correct diagnosis is vital to adjust the treatment plan and follow up.