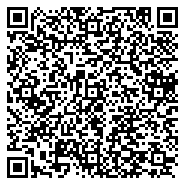 Anterior cervical decompression and fusion (ACDF) remains the gold standard for subaxial degeneration of anterior elements. By multilevel stenosis corpectomy or instrumentation with screws and plate are supported. Their potential complications, though, should be reckoned. The use of polyetheretherketone (PEEK) cages packed with demineralized bone matrix (DBM) alone can provide good fusion rates and clinical improvement even in cases of three levels degeneration. The purpose of this paper is to present retrospectively the outcomes of 15 patients with cervical stenosis in three levels treated with cage implantation reviewing the relevant literature, too.

Anterior cervical decompression and fusion (ACDF) remains the gold standard for sub axial degeneration of anterior elements [1]. In cases of multilevel stenosis more recent methods such as corpectomy [2] or instrumentation with screws and plate are supported [3]. Their complications, though, concerning failure or dislocation of material and adjacent neurovascular structures injury, as well, should be reckoned [2,4]. The use of polyetheretherketone (PEEK) cages packed with demineralized bone matrix (DBM) alone can provide good fusion rates and clinical improvement even in cases of three levels degeneration [5]. Although Class-I evidence, thereof, do not exist stand-alone cage placement could be an alternative for patients with major comorbidities.

The purpose of this paper is to present a retrospectively assessed series of 15 patients with cervical stenosis treated in three levels reviewing the literature, as well.

15 patients were operated in three levels from 2012 until 2015 presenting with either mild myelo/radiculopathy or severe myelopathy. Patients with traumatic, infectious or neoplasmatic stenosis were excluded. Their mean age was 58 years-old. Male individuals were 9 and female 6. Nine of the patients underwent a one-stage operation, five of them a twostage and one patient were operated in three phases.

By all patients the classical method, as it was described by Smith and Robinson [6] under microscope was followed. Our aim was to avoid excess distraction, resecting initially the most anterior of the superior endplate like a “cap” using a Kerrison rongue providing thus surgical plane for sufficient disc removal. Further disc removal was performed using preferably only a rongue, too, except of cases of massive osteophyte formation. The disc, posterior longitudinal ligament and osteophytes were extracted decompressing consequently the foramina; endplate cartilage was also curetted. Cages were filled with demineralized bone matrix (DBM) and their position was controlled radiographically. Platysma was then closured and afterwards the subcutaneous layer and cutis separately. Postoperatively patients wore a soft collar for ten days.

Nine of them were allocated to Class 2 and six of them to Class 3. All patients consented in the follow-up examination and radiological studies.

Our study was a retrospective one. Patients examined individually twelve months after their surgery. Pseudoarthrosis was identified when the Cobb angle between the superior and inferior endplate was more than 4 degrees in functional radiographs [8]. Adjacent segment de-generation was evaluated according to adjacent disc narrowing and osteophyte formation intracanally [9]. The subaxial cervical alignment was estimated with Ishihara index [10]. Fusion success based on roentgenographic findings was classified according to Vavruch scale [11] (Table 2). Postoperative myelopathy outcome was assessed with the modified Japanese Orthopaedic Scale [mJOA] [12] and disabling nuchalgie with neck disability index (NDI) [13] (Figures 1 and 2).

Figure 1: Type 1A fusion in all segments.

Figure 2: Type 1B fusion in all segments.

On the contrary, the clinical results were different; 10 of the patients were completely pain relieved with no deterioration due to neck pain. Three of the patients with severe myelopathy improved to moderate and three to mild one. No cage dislodgement or failure were observed. Only one patient necessitated complementary posterior laminectomy owing to persistent pain (Table 3 and Figure 3).

is advocated in the literature that instrumented fusion in multilevel cervical degeneration may provide higher fusion rates [14], with improved stability of graft [15] and decreased kyphosis [3]. By instrumented fusion there is a complication spectrum including screw dislodgement or fracture, esophagus and important neurovascular structures injury and wound dehiscence owing to the extended surgical time as well [16].

On the other side by corpectomy emanate potential unbearable complications such as morbidity of bone graft locus or mechanical deficiency [17]. These parameters should always be taken under consideration especially by patients with already multiple comorbidities.

In addition to that usage of polyetheretherketone (PEEK) cages succeeds fusion rates combined with demineralized bone matrix in approximately 90% of the cases [18]. Their composition of polyaromatic linear polymer offers them additionally durability and resistance [19].

Wang et al. [4] presented a retrospective study of 59 patients operated in three levels comparing the results of instrumented and non-instrumented fusion. 40 of the patients underwent instrumented fusion whereas 19 only decompression and cage placement. They reported a 37% pseudo athrosis rate in the non-instrumented group compared to 18% in the instrumented without statistical significance, though. All patients with pseudarthrosis were operated again. Autogenous iliac bone graft was used and pseudarthrosis was identified not only by irregular motion but also by the absence of bridging, trabecular osseous formation between graft and vertebral body, as well.

Demicran et al. [5] conducted a prospective study regarding sixteen patients with cervical stenosis in two or more levels treated only with PEEK cage placement. They reported a 90.5% fusion rate, with preservation of cervical lordosis and neurological improvement. The non-fusion rate was 16.7% in patients with three level procedures. The initial mean Japanese Orthopedic Association (JOA) score was 13.7 ± 1.34, whereas postoperatively 16.4 ± 0.97; a statistically significant difference.

Perreira et al. [21] in their prospective survey reported of thirty patients, of whom 23 were operated with simple PEEK cage insertion in three levels and the rest ones in four levels. Pain and myelopathy improvement was statistically significant. By two patients adjacent segment disease was radiologically identified after a mean period of 62 months and were reoperated with C3/C4 additional fusion; the rest four had a recurrence in the treated levels after a period of 49 months and underwent a posterior laminectomy and fixation.

Liu et al. [22] conducted a retrospective study regarding 25 patients operated in three levels with PEEK cages only. Postoperatively the mean difference scores concerning pain relief and myelopathy amelioration as they were estimated with visual analogue scale (VAS) and JOA scale respectively were significant. The roentgenogram assessed total fusion rate was 72%. Radiologically nonunion appeared in six asymptomatic patients without instability in functional roentgenograms and one patient suffered a cage subsidence, which necessitated no reoperation.

Simsek [23] underwent a prospective study in 58 patients operated in three or four levels. Radiologically pseudarthrosis appeared in 13 patients of whom none was operated again, and fusion rate was 89.2%. Furthermore, he reported myelopathy improvement postoperatively. Only one patient was operated again with additional plate and screw placement.

Song et al. [24] assessed in their series the outcomes of 21 patients treated with PEEK cage placement and plate augmentation for three or four levels. The rates of subsidence and plate loosening were 23.8% and 14.3% respectively. Population was elderly with osteoporosis so whether plating has prevented further degeneration or simply had no contribution remains controversial.

From the aforementioned surveys and our results, we could state that stand-alone PEEK cages use provides tolerable clinical and radiological outcomes. What it lacks, though, so as clear guidelines to be advised is the proper randomization of patients and the common protocol of evaluating, not only the outcomes, but of setting the indications, as well, regarding when and if a multilevel decompression should take place. Considering patients’ comorbidities, previous clinical status and further recovery expectancy may serve as a starting point when surgeons decide to be more or less invasive.

Stand-alone three level fusions with PEEK cages can provide neurological improvement and pain relief. Its radiological outcomes may not be impeccable. On the other hand, though, plating is accompanied by major complications without always avoiding non- fusion. The so far reported studies are conducted by authors acquainted with a specific procedure. Prospective surveys have to be implemented not intending to contradict the two methods, but rather to present stand- alone fusion as a less invasive method in surgeons’ armamentarium, when heavily afflicted patients are treated.