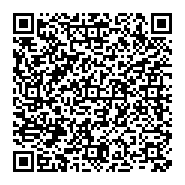 Conclusion: In children with cerebral palsy, acupuncture rehabilitation not only promotes the development of the white matter and gray matter, but it also promotes the remodeling and compensation of brain function, social adaptation, language and other cognitive function development, movement and recovery of fine motor function, and the children's ability to take care of themselves.

The types and severity of CP symptoms vary from person to person, and they may even change over time. Symptoms can vary widely from person to person, depending on which brain regions have been damaged [1, 2]. All people with cerebral palsy have issues with posture and movement, and some also have some intellectual disability, seizures, and other medical conditions.

Additionally, CP patients may have difficulties with language, speech, and vision or hearing. Although CP is the leading cause of childhood disabilities, not all of them are severe. While a child with severe CP may be unable to walk and require on-going, extensive care, a child with mild CP may only be slightly awkward and require no additional assistance. The disorder does not progress over time, which means that it does not get any worse. However, certain symptoms may become more or less apparent as the child gets older [3, 4]. The Centres for Disease Control and Prevention found that there is an average of 3.3 children with cerebral palsy for every 1,000 live births. Cerebral palsy cannot be cured, but a number of people can improve their motor skills and ability to communicate with the outside world with the assistance of supportive treatments, medications, and surgery.

The abnormal developments of a portion of the brain or damage to areas of the brain that control movement are the two main causes of cerebral palsy [5]. Before, during, or shortly after birth, this damage can occur. The majority of children have congenital cerebral palsy, or CP, which means that they were born with it. However, it can take months or years to find out that they have it. Only a small percentage of children are born with acquired cerebral palsy, which indicates that the condition begins at birth. Brain damage in the first few months or years of life, infections like bacterial meningitis or viral encephalitis, issues with blood flow to the brain, head injuries from a car accident, a fall, or child abuse are some of the causes of acquired cerebral palsy. The root cause of cerebral palsy is often a mystery [6]. Genetic abnormalities, brain malformations at birth, fevers or infections in the mother, or injury to the foetus are all possibilities.

Damage to the brain's white matter the white matter is the part of the brain that is in charge of sending messages to other parts of the body and inside the brain. The damage caused by PVL looks like tiny holes in an infant's brain's white matter. These holes in mind tissue disrupt the typical transmission of signs. Between 26 and 34 weeks of gestation, researchers have identified a period of selective vulnerability in the developing fetal brain in which the periventricular white matter is particularly vulnerable to insults and injury [7, 8].

Brain malformations that hinder the transmission of brain signals can result from any disruption of the normal process of brain growth that occurs during fetal development. During this early stage, mutations in genes that control brain development can prevent normal brain development. Contaminations, fevers, injury, or different circumstances that cause undesirable circumstances in the belly likewise put an unborn child's sensory system in danger [9, 10].

During the first two years of life, the majority of children with cerebral palsy are diagnosed. However, diagnosing a child before the age of 4 or 5 can be challenging if their symptoms are mild. The child's motor skills will be assessed by a series of tests ordered by doctors. The child's development, growth, muscle tone, age-appropriate motor control, hearing and vision, posture, and coordination will all be monitored by the doctor during regular visits to rule out other conditions that might cause similar symptoms. CP is not progressive, even though symptoms can change over time. A condition other than CP, such as a genetic or muscle disease, metabolism disorder, or tumours in the nervous system, is more likely to be the cause of a child's persistent loss of motor skills. Other conditions that may cause symptoms similar to those associated with CP can be identified through laboratory tests. An MRI scan or other neuroimaging procedure that allows doctors to look inside the brain can identify abnormalities that point to a movement disorder that may be treatable.

Author declares No conflict of interest

Citation: Radhakrishnan R (2022) Study on the Repair and Remodelling of Cerebral Nerve in Children with Cerebral Palsy by Acupuncture. J Biomed Sci, Vol. 11 No. 11: 90